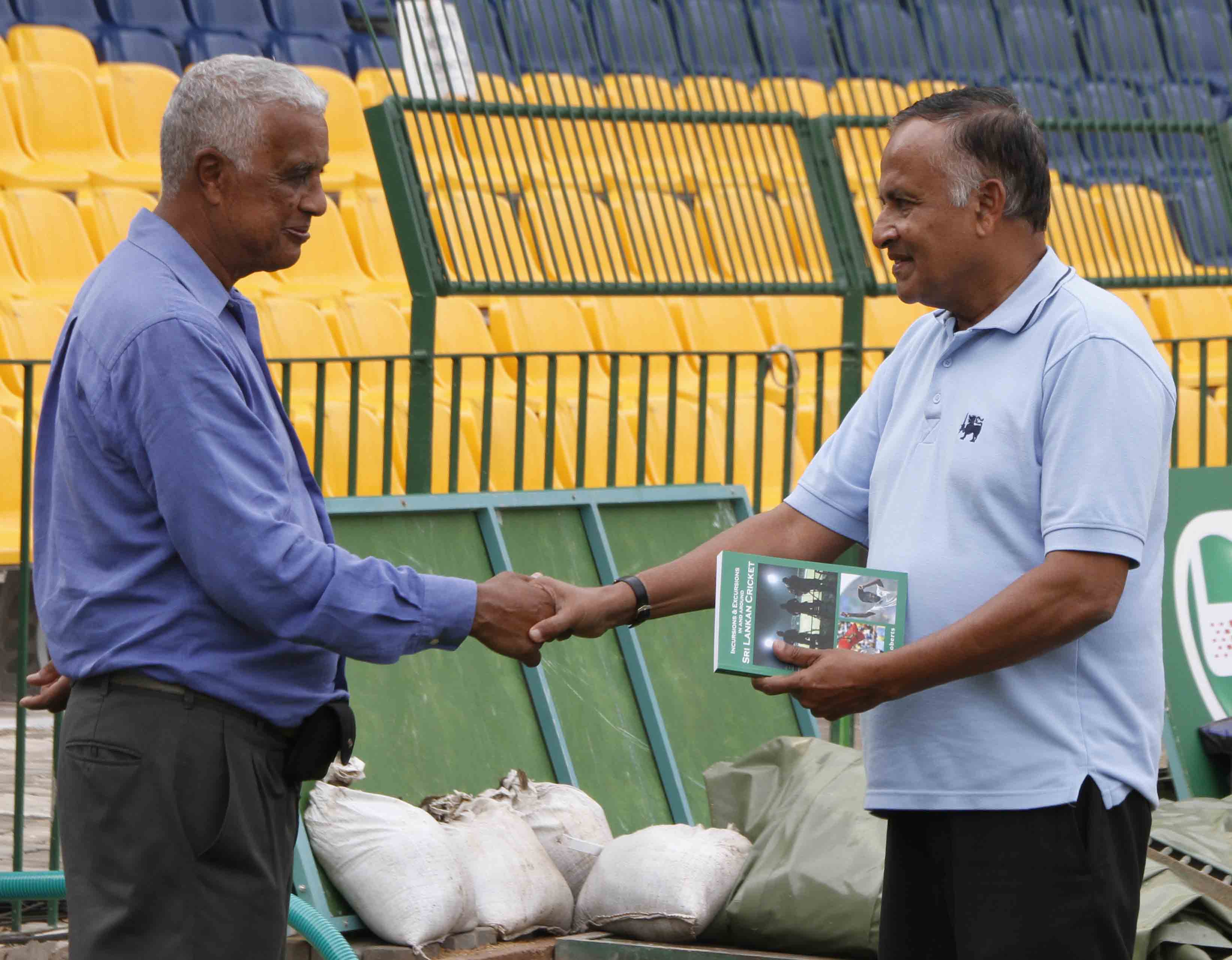 This presentation of my book Incursions and Excursions in and around Sri Lankan Cricket occurred at the R. Premadasa Stadium last year, during the World Cup 2011 squad’s practice session. It was deliberately timed before the quarter-finals of the World Cup because this author holds that the plaudits that should be extended to the cricketers remain valid, irrespective of the joys or sorrows attending the outcome of one game.

Buy the book and read reviews on Amazon: Incursions and Excursions in and around Sri Lankan Cricket

This gesture marks my appreciation of the achievements secured by the various Sri Lankan squads in recent years and, most significantly, the measured and calm manner in which they responded to the terrorist attack in Lahore on March 3, 2009, an event that is reviewed as Chapter VI in this book.

In a symbolic gesture of a token character, Michael Roberts presents a copy of Incursions and Excursions in and around Sri Lankan Cricket to the Sri Lankan cricket team through team manager Anura Tennekoon. © M Roberts/Eranga Jayawardena.

The book is also available at Vijitha Yapa bookshops.