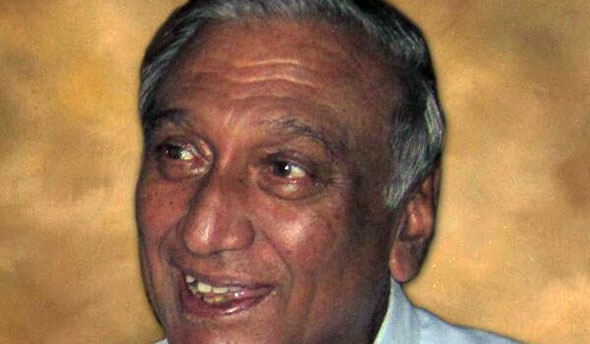 Esto Perpetua, or "let it be perpetual," is the motto and guiding light of St. Thomas’ College in Ceylon and Sri Lanka, a leading school dating back into British colonial times in the 19th century. Appropriately, this school also provided us in Ceylon and Sri Lanka with a cutting edge in a field where the colonials were able to challenge the White order, embodied as it was in imperial England and the MCC, namely, the green fields of cricket.

This challenge commenced in the 1960s, assisted at times by friendly Englishmen, but also subject to the stonewalling of the colonel Blimps in the corridors of the ICC and MCC. It was made possible by (a) the support of administrators in the Test-playing nations of India and Pakistan and (b) by the prowess demonstrated by of a long line of cricketers from the 1940s.

The Thomian input was no accident and highlights the importance of the grounding provided by schoolmaster coach Lassie Abeywardena at Under 16 level and the cumulative impact of age-cohorts transmitting good practice down the line.

Neil Chanmugan entered the Engineering Faculty of the University of Ceylon at Colombo in the late 1950s, but took to chartered accountancy after two years at university.

Located as I was then at the University of Ceylon at Peradeniya, it was our misfortune to face his dynamic inputs in the blood matches between the Peradeniya and Colombo branches of the University. But we also played together in one team on a couple of occasions — one being at Galle in my faint recollections.

Neil was primarily a bowler, an excellent off-spinner, but he was also a superb fielder and a hard-hitting bat. It was as a bowler that he was selected to play for Ceylon in the 1960s, at a time when Abu Fuard was perhaps first choice in this art. He represented Ceylon and Sri Lanka at various moments between 1960 and 1974.

As Sa’adi Thawfeeq has summarised developments, Neil "broke into the limelight in 1962 when he scalped five English batsmen for 43 runs to dismiss Ted Dexter’s MCC team for 159 while representing Ceylon Cricket Association. Two years later, he helped his country secure their maiden unofficial Test victory, over Pakistan A at the P Sara Oval in 1964. Chanmugam took 4 for 28 off 12.3 overs as Pakistan were shot out for 99 in the first innings in reply to Ceylon’s 152.

"Chanmugam was also a member of the Ceylon team that recorded its maiden unofficial Test victory over India by six wickets at Ahmedabad a few months later, although he didn’t make a major contribution. For a decade, he formed Ceylon’s four-pronged spin attack, along with fellow offspinner Abu Fuard and left-arm spinners Anuruddha Polonowita and Fitzroy Crozier. International competition at the time was few and far between and the players had to look forward to matches to prove their competence."

One moment of fame was when he partnered PI Pieris in a tumultuous last-wicket partnership of 110 runs in 63 minutes at the unofficial Test against West Indies at the P Sara Oval in March 1967.

I remember Neil for his dynamism and directness of approach. Others have spoken of his gentlemanly character and his debonair style. Richard Dwight refers to his lively contributions to celebrative social functions in ways that suggest the charm and dancing feet of a Compton, Miller and Sobers. These charms were captured in 1968, however, by another talented sportsperson, Oosha de Saram, after she returned from schooling in England. This event perhaps consolidated Neil’s bonds with the Sinhalese Sports Club where he was a cricketing stalwart for many a year in the style of FC de Saram, PI Pieris and others.

Few today will be aware of Neil Chanmugam’s contribution as a Manager of Sri Lankan cricket touring teams. Managers then were Selectors too and had to face the brunt of media attention at the same time as seeing to the knitty-gritty of touring arrangements. His sterling qualities were called to the forefront when Sri Lanka led by Duleep Mendis and Roy Dias toured Australia in the late 1980s and faced the on-field skills and aggressiveness of the Aussies in circumstances where Sri Lanka’s own bowling stocks were limited. I was present once at an informal strategy meeting, a crisis situation of sorts, between Chanmugam, Mendis and Dias in Neil’s room. One needed strong men in such circumstances.

That St. Thomas’ College no longer figures heavily in the ranks of Sri Lankan cricket — Kaushal Silva is its sole representative at the moment — is not due to any shortcomings in its personnel. Rather, it is a positive indicator of the democratization of opportunity and the emerging provincial talents in Sri Lanka over the last forty years.

This process too, began in the 1950s with Ananda and Nalanda in Colombo, Dharmarajah in Kandy, Mahinda in Galle and the Moratuwa Colleges St. Sebastian’s and Prince of Wales proving several competent cricketers who could match those emerging from Royal College and the Christian denominational schools. The democratization of opportunity, in my view, was due in part to the political processes sparked by the political turnover of 1956. It was seconded by Neville Jayaweera’s revolutionary step of towards radio reportage of the annual Ananda-Nalanda big match in Sinhala (a measure demanding the invention of a new language) when he was heading Ceylon Broadcasting Corporation in the late 1960s.

Coaches and lads from the "outstations" seized the opportunity. Samarasekera, Ramanayake and Chandana (Galle), Madurapperuma (Kurunegala), Labrooy (Chilaw) mark the second stage and anticipated the emergence of such players as Jayasuriya and Randiv (Matara), Tharanga and Chandimal (Ambalangoda), Malinga (Ratgama), Chamara Silva (Panadura) and Dilshan (Kalutara). Yet more recently we have witnessed the thrusts of Paranavithana (Kegalle), Herath (Kurunegala) Welagedera (Matale) and Lakmal (Hambantota/Matara).

May the regional extensions persist and reach ever wider. Neil would approve. It is a form of esto perpetua.