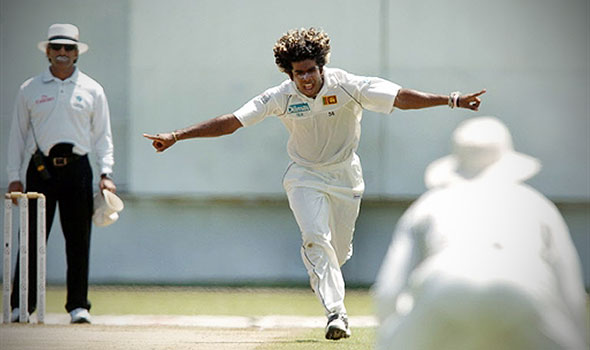 In an exclusive interview with Island Cricket, Lasith Malinga explains why he may not play another Test match for Sri Lanka again.

Why are you unable to play Test cricket but not ODIs and Twenty20s?

I missed the last Test series against West Indies because the team management decided not to risk aggravating my knee problems before the World Cup.

Test cricket or 3 – 4 day cricket places a much bigger strain on my knees because I have to be able to bowl a minimum of 15-20 overs in a day, on consecutive days. And in Test cricket, these days, you also have to play back to back games.

When I returned from injury, I started with T20 cricket and then moved to ODI cricket, which gave me some recovery time to get over the soreness.

Test cricket is far tougher physically and these days there are a lot more Test matches than there were before.

How well did your knee hold up when you last played a Test match?

It took me about two months to physically recover and completely get over the soreness, after the India series.

You have stated that you will be assessing your Test career after the World Cup.

Yes, I need to carefully consider what is best for me and Sri Lanka. I love Test cricket. And we have some great series coming up against England, Australia and South Africa. But recent tests in November showed that there is a lot of wear and tear under my right knee cap and some thinning of the cartilage.

The doctors have said that I will always have sore knees and the more cricket I play the more they will degenerate. So, I need to sit with the selectors and team management to work out how best to plan my career – do I risk playing all three formats right now, or do we try and extend my career a couple of years by playing just ODI’s and T20 games.

What would you like to say to those who don’t agree with your move? Some feel Test cricket should be given more prominence than Twenty20s and ODIs.

They don’t wake up with sore knees every morning like I do and they did not spend over a year worrying whether I would ever be able to bowl again!

It is not a question of whether Test cricket is more or less important. It is a question of what is physically possible and what the team feels is the most sensible thing to do.

Sri Lanka has a busy Test schedule this year; is it safe to say that you won’t be a part of it?

I don’t know. Let’s see how the World Cup goes and then I will sit down with the captain, new coach and selectors.