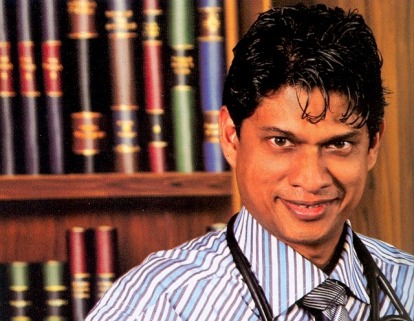 Ministry of Education considers a ban on Twenty20s in schools
May 7, 2012

Why have you recommended a ban on Twenty20 cricket for school cricketers?

Let me state that I have nothing personal against T20 cricket. On the contrary, I do enjoy watching it whenever time permits. I stated that we should be very careful before starting T20 tournaments for schools and we should get all opinions first. My opinion was requested by the Ministry of Education (MoE) on this matter. The reason for that is, the MoE routinely gets the opinion of the Institute of Sports Medicine on any sports related matter. As stated before, this is only an opinion and the MoE has the final decision.

With the ICC accepting Twenty20 cricket as a recognised format and with Twenty20s now featuring prominently in the international cricket calendar, some feel that young cricketers should get more exposure to the format. What is your view on this?

School children are generally under immense pressure with studies and sports. If we add T20s into their already busy schedule of cricket, we may have more injuries which we will have to treat. It is very important that we instil in our younger generation that they should play the game for the love of the sport and the honour of representing the country. However, once they become professionals it is there business how much money they earn from it, as it then becomes a lively hood. However, if we start this in schools are we sending a message that they should aim to play in the IPL before their country and Test cricket is useless? Many senior players and coaches have told me that if players are not taught the basics and they learn improvised shots from the start, this will be detrimental to the game in general and to Test cricket in particular. It is for all these reasons I advice caution before starting T20 in schools.

How does coaching and technical aspects of cricket fall under the guidance and supervision of the Institute of Sports Medicine?

It is the same for any sport. We have advised the national pools of netball and basketball to practice only on indoor wood-based surfaces. This simple but hitherto overlooked point has resulted in a dramatic reduction of injuries in netball. So, ultimately we treat injuries and we also prevent them.

What measures have you taken to raise awareness of doping in sports amongst school cricketers?

We do not have a doping problem in school cricket so far. However, school rugby has been suspect so we have started there. Also, we have a plan to have an island-wide campaign in all districts at school level soon.

Professor Arjuna de Silva was appointed the director-general of the Institute of Sports Medicine in November, 2011.