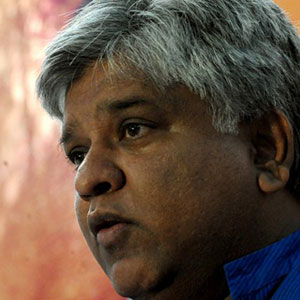 Prominent international players, such as Rahul Dravid of India, have said that match-fixing should be declared a crime so that offenders can be prosecuted by law-enforcement, do you agree with that?

Yes, I agree. It’s a significant crime too. It was once requested from the sports minister to introduce such a law, which will allow law enforcement officials to prosecute players who get caught up in such things. Players are the ones who almost always tend to get involved in match-fixing, but officials who are greedy for money have been known to allow it to happen, which is why we should not only scrutinise and investigate players, but also officials.

In 2011, Hashan Tillakaratne told reporters he had information on matches that were fixed during his career, but he failed to reveal any information.

Yes, I am saddened that after making those statements he did not provide the truth to the public in Sri Lanka. He made those allegations, so he should have provided the evidence and taken action. After revealing he had information on match-fixing, he had a meeting with president Mahinda Rajapakasa, and I do not know what happened to his allegations after that. What’s happening today is that many people are afraid to speak out.

More recently it was reported by an Indian newspaper that a bookie had claimed in his comments to Indian police that Thisara Perera had allegedly been involved in match-fixing during the IPL, which prompted SLC to issue a statement saying that the BCCI’s anti-corruption unit had no such information on Perera.

Thisara Perera is a young and highly-talented player, and the entire episode saddens me. If a player is hit with such serious allegations, SLC does not need to use the BCCI to try and sweep it under the carpet. Today, the fans in Sri Lanka may still view Perera with suspicion, so sweeping it under the carpet without taking action against the people making those allegations and not thoroughly investigating, is a great injustice to the player who has to live with those allegations.

If a tournament like the IPL is played in Sri Lanka, which could happen next year because of the upcoming Indian election, the financially-struggling SLC could use those funds to develop our cricket?

This government has a history of chasing after money, and destroying our cricket as a result. The reputation of the IPL has been tainted by match-fixing allegations, drug use and other terrible practises, and hosting it in Sri Lanka is like an invitation to bring those vices to our shores. I don’t think this government will care too much about that because today even casinos have been given a green light to operate.

This interview was originally conducted in Sinhala and aired by BBC Sinhala Service. It has been translated and republished here with prior permission.