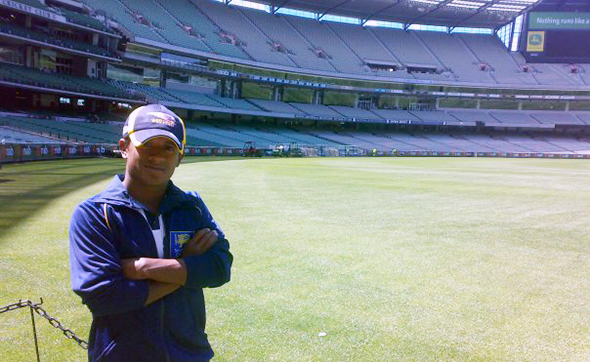 In an exclusive interview with Island Cricket, Sri Lanka under 19 cricketer, Rushan Jaleel, talks candidly about being reported to the ICC for a suspect bowling action and the emotional and psychological toll the process has taken on him.

September 10, 2010 (Island Cricket): Jaleel was reported by umpire Bruce Oxenford of the Emirates International Panel of ICC Umpires and Shahul Hameed of the ICC Associate and Affiliate International Umpires’ Panel, at the conclusion of Sri Lanka’s ICC U19 Cricket World Cup 2010 warm-up match against Hong Kong which was played on 11 January 2010 at Hagley Park in Christchurch, New Zealand.

Dubbed by television commentator, Sanjay Manjrekar, as ‘The Pocket Rocket’ for his small stature and lightening fast speeds as a fielder, Jaleel, is one of those players who can make things happen for his team when all else fails.

Island Cricket caught up with Jaleel recently for a candid one-on-one interview.

IC: When were you first informed that your action was going to be reported to the ICC? Did the umpires speak to you during the game?

RJ: Nothing was said to me during the match. After the game the ICC had informed the team manager and the coaching staff.

IC: What happened next?

RJ: Aravinda de Silva and Naveed Nawaz spoke to me that evening and asked me not to worry about anything. They said that a lot of people have gone through this and then they informed me that there will be a press release the following day announcing it. They kept reassuring me to remain calm and not to worry about it.

The following day they announced it with a press release and it was all over the place.

IC: What do you mean? Was it all over the internet and the papers?

IC: What did you see?

RJ: I was headlines all over the world. Everywhere I looked it read: “Rushan Jaleel reported for suspect bowling action.”

I remember I couldn’t even speak for a few minutes.

I was away on tour all alone and no parents… I still remember the feeling. I didn’t know how to react, but Aravinda de Silva helped me cope a lot. He is always very positive. 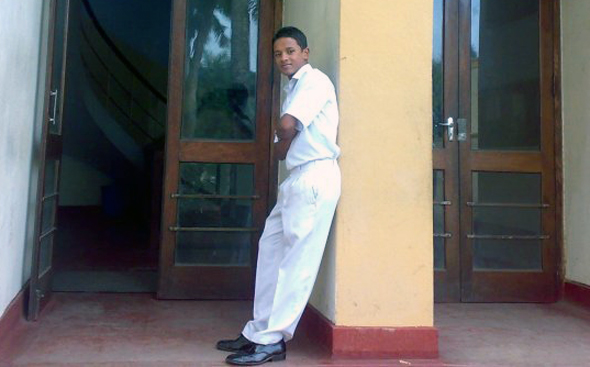 IC: Did you ever think that you had a suspect action, or if you would ever be reported?

RJ: When I was a lot younger, Athula Unantenna who is a former student of our school, and now lives in Australia, visited the school. He looked at my right arm and told me that I had an arm similar to Muttiah Muralitharan’s. I never really thought much about it. But some coaches had problems with my action but when they looked closer they saw I was not straightening during delivery.

It’s not like I can change the way I was born so there is nothing to correct or modify about my action. It is only my right arm that is bent, by the way. My left arm is perfect.

IC: So if I was to straighten your arm it wouldn’t extend fully?

RJ: Yes. Even if you tried straightening it as hard as you can, it won’t straighten.

IC: So what’s next? Has Sri Lanka Cricket completed the assessment of your action and sent it over to the ICC?

RJ: Spin coach Piyal Wijetunge and I have been working on it for months. We discovered that I have bend in my elbow from birth just like Murali’s situation. To the naked eye, watching from some distance away, it may appear as if there is a jerk which looks like a throw, but my action is clean. Coach Piyal took several X-rays and has compiled a large report for the ICC.

Coach Piyal and my club Coach, Dharshana Gamage, have been a great help to me providing encouragement every time I have felt low.

I also have to mention the support I receive from Roshan Abeysinghe who is the owner of my club Ragama CC. Even though I am not allowed to play till this issue is resolved, Ragama CC allows me to practise and keep fit.

At Trinity College, Coach Sampath Perera too has helped me immensely. 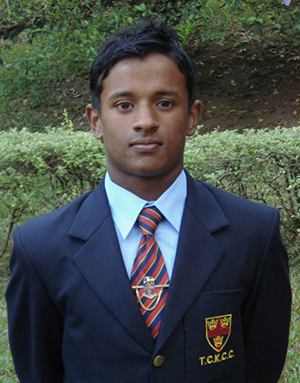 IC: You missed the under-19 tour to England as well. That must have been hard seeing your fellow team mates head to England, and not you?

RJ: Tell me about it! It was hard when I was asked to stay out of the squad, and it was hard watching my friends go for under-19 practises before the tour.

Thanks also to the support of my parents and my three sisters at home, I manage to hang on.

IC: How was Aravinda de Silva’s influence on the under-19 squad?

RJ: He played a major role in our under-19 world cup squad. He is a man with a great personality and in-depth knowledge of the game. He was one of the reasons for our success on the tour to Australia and also the World Cup.

He worked hard on the batsman in the squad.

In my opinion, Kithuruwan Vithanage really blossomed after exposure to Aravinda. A lot of players matured virtually overnight thanks to Aravinda’s guidance and advice. It’s just the way he reads the game, the situation and the examples and advice he provides is pure class.

I was lucky to be under him.

I remember in an article in a leading paper, Aravinda said that he liked my body language. I was just so proud and thrilled to hear that!

IC: You are a Muslim, and if you get selected to play for Sri Lanka someday in the future you will become one of a few Muslims to have represented Sri Lanka. Do you think your ethnicity plays any part in representing Sri Lanka?

RJ: Some say in the past it may have played a role, but as far as I can see ethnicity has no significance in selection policy today. If a player deserved to be selected, he gets a chance.

IC: What paved the way for your Sri Lanka under-19 selection?

RJ: Good question. The year I captained Trinity, I took 126 wickets in the season and Coach Roger Wijesuriya must be given credit for taking note and inviting me for under-19 practises. Because of that season, I got selected to represent Sri Lanka at the Under-19 level.