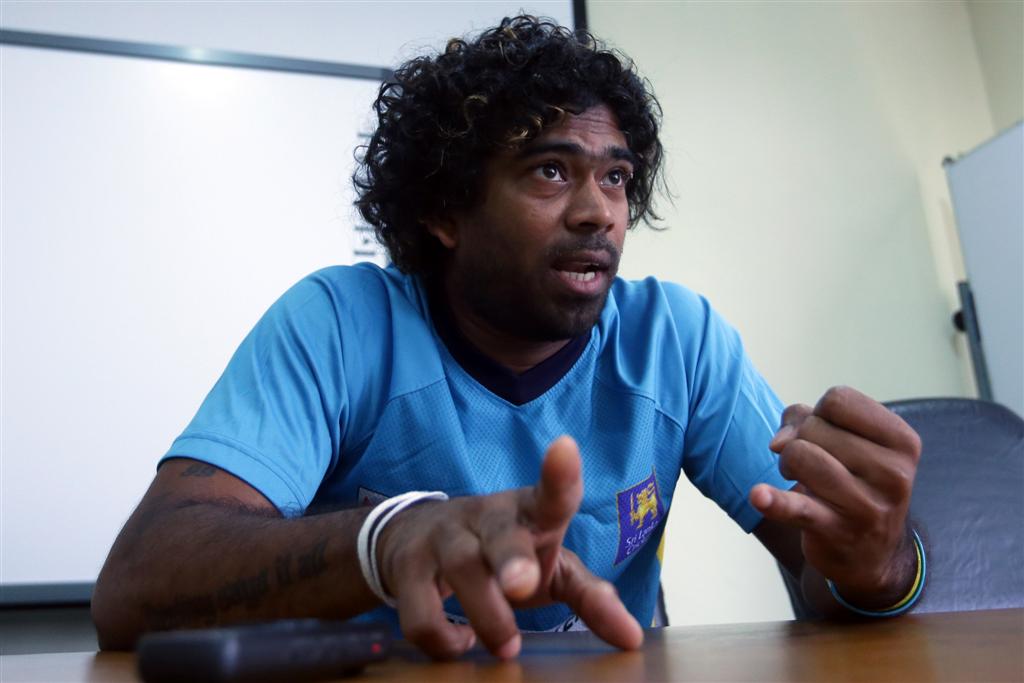 Lasith Malinga explains why his decision to play for Mumbai Indians instead of Southern Express will benefit both Sri Lanka Cricket and budding national cricketers, and lashes out at board officials for painting him as a villain, in a candid interview with Ceylon Today’s Desmond Samith

You decided to represent Mumbai Indians at the Champions League T20, why didn’t you give preference to Southern Express, a team you captained to victory in the Super Fours tournament?

First, Mumbai got selected to the Champions League. Later, Southern Express got selected, as we won the Super Fours. I got a chance to captain the team. I’m happy I got that chance. I had the services of some senior players, those who had played for the country. Kusal Janith was injured. Another senior player (Tillakaratne Dilshan) was not there, as he was playing for Surrey. Winning the tournament was important, as it provided a great opportunity for some young players to play some international cricket. I’m happy to lead the team to victory, and create that chance for younger players.

So I thought people would criticize or praise me for my decision. I thought of taking a fair decision for the betterment of the game in Sri Lanka.

How is your decision going to benefit the game in the country?

I came to Colombo in 1999, when I got selected to the fast bowling academy. From that day, we had all our training at NCC and SSC grounds. We all know that after training we have something called recovery. For that, swimming is something really important. We used the pools at the NCC or SSC. After some time, Khettarama became the main training centre. We started our training and gym work there.

I thought a swimming facility for Khettarama is a must, as we have to travel for 45 minutes or so in search of a swimming pool. Going to the SSC or NCC is not practical. I think to build a state-of-the-art swimming facility one needs around 150-175 lakhs of rupees. Then I saw that there was a chance for SLC to earn that much if I chose to play for the Mumbai Indians. If I played for the Southern Express that chance would be gone. I thought it’s additional income for the SLC which can be utilised properly.

I took the decision thinking about the players who would play the game tomorrow, for the national team, A team and other junior teams. We talk about the short life span of fast bowlers, and that’s because the recovery is not done properly, so a swimming pool at Khettarama is vital. Mumbai Indians will pay SLC $150000, close to 200 lakhs. I think that’s more than enough to build a swimming facility. Now a young cricketer can also play in the Champions League (for Southern Express) and gain valuable experience. I have already written to SLC informing them of my desire to see a swimming pool at Khettarama. I’m happy with my decision.

But people have always suspected your motives when choosing these cash-rich private leagues?

People say I don’t play for the country, and I give preference to the IPL, and they say I do better when I play in the IPL. That’s their opinion. But I’ve played 30 Test matches for Sri Lanka and taken 101 wickets, and I have also taken more than 270 wickets playing in more than 170 ODI matches; I was the fastest to take 250 ODI wickets and I’ve taken three hat-tricks playing for Sri Lanka. But when I play I try to do my level best, irrespective of which team I’m playing for, be it Sri Lanka, IPL or Big Bash. I play to win matches. That’s the brand of cricket I play. People can look at this differently.

I think people remember well what I have done most recently: If I have failed to take wickets, they remember that, but they don’t remember my good performances, my five wicket hauls. I don’t worry about these things.

I have played seven seasons for Mumbai Indians in the IPL (he has taken 119 wickets, the highest by any bowler). That experience was very important. It came handy in the T20 World Cup final against India. I gained a lot from the IPL.

Now, people have to understand that Champions League has nothing to do with a country. It was developed from the IPL, and it’s a private competition, cash oriented one.

It was reported that you negotiated for higher payment for the Southern Express players?

That’s right. I asked for more payments for the players who will go to the Champions League. I didn’t say I was not playing for Southern Express, but I negotiated for the players in the team. Today, a pair of shoes for a cricketer would be Rs. 30,000 and a bat would come to 50,000-60,000. A player needs at least 500,000 to buy the necessary equipment for a single season. I don’t think young players can afford this even if they do a job. They even borrow gear from senior players. After playing an entire season in the division one, a young player won’t get more than Rs. 60,000. That’s the situation.

In the Super Fours tournament we got Rs. 4500 per match. We had only three matches. That’s not enough even to pump petrol to the vehicle. The prize money was 15 lakhs. Still we haven’t got that. That’s why I asked for this money to make the players’ future better. People can criticize me, but my motive was that.

We get 500,000 dollars for playing the champions league. That’s around 650 lakhs. I asked for 70 percent of that money for the players. Only three nationally contracted players were there in my team: me, Kusal and Dilshan. Other players don’t have a contract. Financial-wise they face difficulties. So my idea was to create a good platform for their future. That’s why I asked for that money, but finally, we were promised only 10 percent of that money. That’s not enough, but I’m happy that we got even that amount after the negotiations.

Your discussion with the cricket officials and your decision to play for Mumbai Indians got wide publicity.

I had a meeting with the executive committee members, eight or ten were there. It was a private meeting. I discussed with them and then went home. Next day, I see everything in the news. All the details, what people said. Everything’s there.

I think these people (cricket officials) don’t want to talk with people and iron out differences. I think by doing these things they are distancing the players. They maybe thinking that they can gain some mileage from this but it’s not right. They have to respect players and treat them properly. That kind of cooperation is needed.