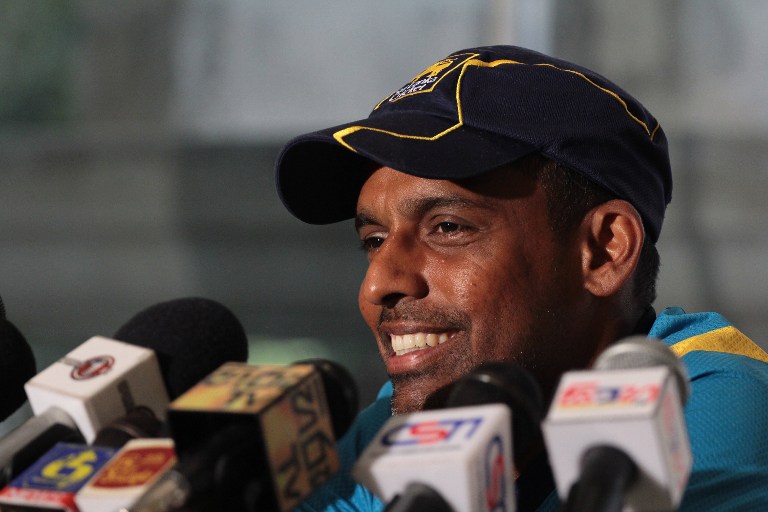 Thilan Samaraweera, who retired from international cricket in 2013, has taken up coaching. © AFP

Former Sri Lanka cricketer Thilan Samaraweera talks captaincy, his new career as a coach and consultant, and more in this interview with Island Cricket's Hilal Suhaib.

Were you happy with the timing of your retirement or did you feel you had more to offer Sri Lanka at the time?

I was 36 at the time and then I was excluded from the squad for the Bangladesh Test series, where a comeback thereafter appeared unworthy, so I decided to leave.

What have you been up to since retirement, and how did the stint as batting consultant for Australia materialise?

I had a full stint with Worcestershire in the county season in 2013 and came to Melbourne, Australia, where initially I was called upon to be the batting consultant of the under-17 and under-19 sides of Cricket Victoria, which was followed by an assignment as the assistant coach of Casey South Melbourne Premier Club.

In 2015, I again moved to work with the Australian Under-19 World Cup squad as a consultant handling spin, but due to security considerations the team withdrew from the tournament in Bangladesh.

This year, I was invited by Cricket Australia to work with their National Cricket Academy as the batting consultant.

All in all, the experience I have gathered with my new assignments, I feel quite broadened in this range of activity and I also completed the Level II and Level III coaching certifications conducted by Cricket Australia.

What is your involvement with the Australians like and what information are they keen on obtaining from you?

I have been passing my knowledge and experience to the players.

Sri Lanka are in the midst of a losing streak, how can they turn things around?

The losing streak could be due to the youthful combination of players who need to grow up with time, but at the same time the Sri Lanka cricket team cannot be run like a day care centre. Identified talent should be brought together and allowed to develop into winning with proper schedules.

There has been criticism over Angelo Mathews's captaincy, do you feel Sri Lanka needs a captaincy change?

I don't think a change of captaincy is necessary, but Angelo must learn to get things happening on the field than reacting to situations. More than the title of a captain, he must adjust himself to be a strong leader on and off the field, indulging in the correct choices towards the task in hand.

Have you been approached to coach or help out Sri Lankan cricketers, and would you consider such a request from SLC favourably?

Up to now, I have not been contacted by Sri Lanka Cricket.

There has been a call to revamp Sri Lanka's domestic cricket structure, do you feel the first-class system needs fixing and what is the way forward?

There are too many teams in the premier tier and I think this arrangement is to keep the voting system to be orchestrated for seats for the SLC election.

I feel that the constitution must be amended to bring down the number of first-tier clubs to about eight or on a different basis to achieve a properly-balanced provincial tournament. Through this process the real talent could be traced better.

On the other hand, there isn't a strong domestic pre-season through which physical, psychological and cricketing skills could be developed to shape. Domestic cricket has to have a fixed scheduled and dates. A strong Sri Lanka A team developed with the best of facilitations, together with a fully-equipped National Cricket Academy has to be designed and put in place.

What will Sri Lanka need to do in order to win against Australia in the upcoming Test series? Can Sri Lanka avoid a series defeat, if so, how?

Although the Australians appear as favourites, if Sri Lanka play to their full potential anything can happen, especially with Rangana Herath performing on home soil.

Are there any players currently in the Sri Lankan domestic scene you feel deserve to be playing for Sri Lanka? Any stand-out players you feel that are being overlooked?

I have been seeing Roshen Silva scoring heavily, but I haven't seen him in the national side for the last four years. When I last saw him, I remember noticing that he had to improve his back-foot shots — this is quite important in international cricket. He had a good temperament for the longer format of the game.

Do you feel the bigger bats of today are unfairly skewing the balance between bat and ball? Should there be restrictions on the size of bats?

Hopefully for Test and ODIs there will be restrictions on bat size. Regulation on size and shape is a must for fair competition, but it should not be applied to T20s which is very much for instant entertainment.