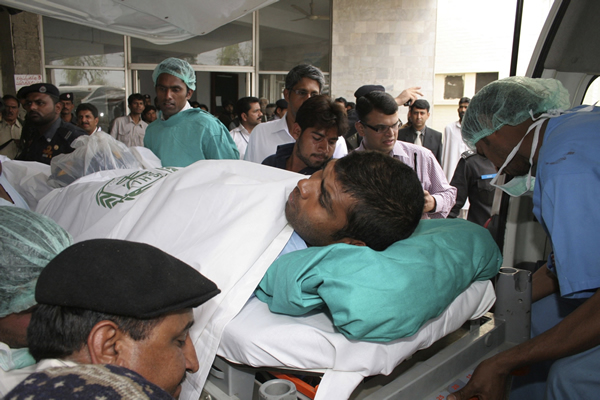 Hospital staff carry Sri Lankan cricket player Tharanga Paranavitana at a local hospital in Lahore today after the shooting incident. Six Sri Lankan cricketers and their British assistant coach were wounded when gunmen attacked their bus while it drove under police escort to a stadium in the Pakistani city of Lahore, officials said.(REUTERS) © Rueters
Source
0
SHARES
ShareTweet