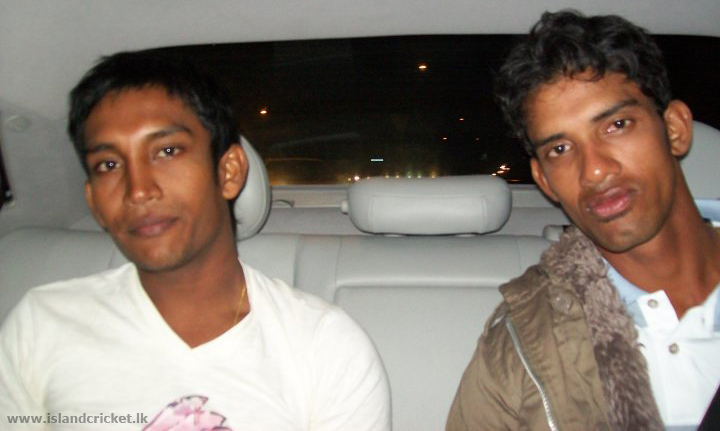 June 22, 2010: Nadeera Nawela (L) and Sachithra Senanayake (R) pose for a photo while on tour in Australia. Sri Lanka ‘A’ team are in Brisbane, Australia playing a two Test (unofficial) and a four match limited over series. Middle order batsman, Nawela with 27 runs was the highest scorer in Sri Lanka A’s paltry 78 run first innings total in the ongoing 2nd unofficial Test against Australia ‘A’. © Neran de Silva
0
SHARES
ShareTweet