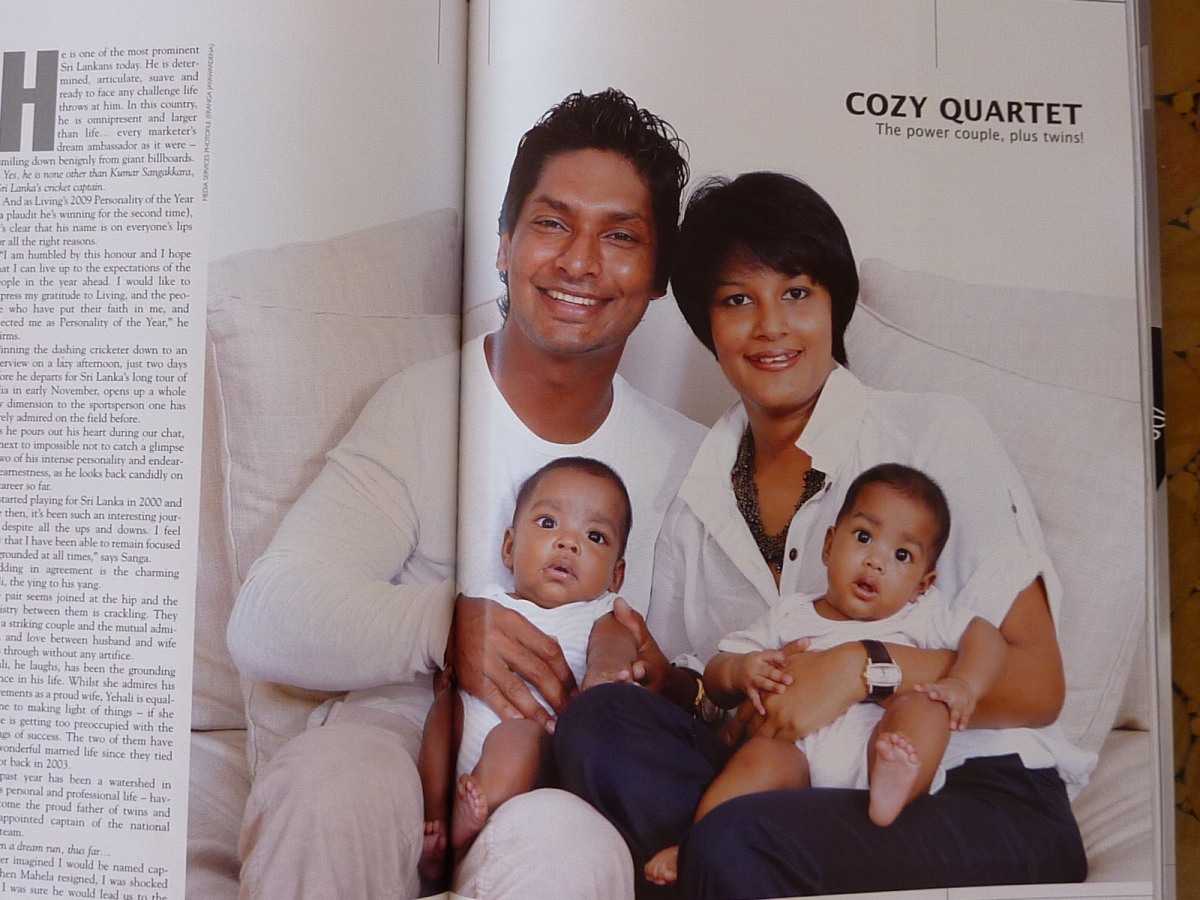 I saw Sangakkara and family on the front cover of Living Magazine in Sri Lanka, and purchased the magazine. There are loads of very nice pictures (including this one) of them inside. Hopefully they won’t object to this. I thought those of you who live outside Sri Lanka (who will not get a chance to buy the mag) would like to see it. © Eranga Jayawardene & Dinusha Perera for Living Magazine, Sri Lanka