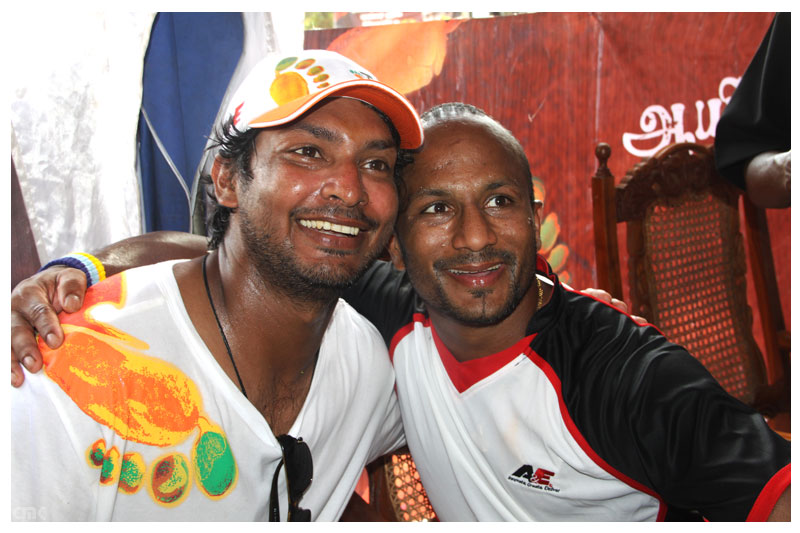 Kumar Sangakkara and boxer Manju Wanniarachchi pose for a photograph during their visit to Jaffna on July 26, 2011, for the Trail cancer walk – a fund raiser to build a children’s cancer ward in Jaffna. A project initiated by the Colours of Courage Trust, Trail is a 670km walk to symbolize the courage and unity of our island nation Sri Lanka, a trek from the Southern point of Dondra to the Northern tip of the island, Point Pedro. Trail carries with it a message of hope raising a sum of two million dollars (Rs 220,000,000) to build a paediatric cancer ward at the Jaffna General Hospital in the Northern Province of Sri Lanka. © Trail
Source
0
SHARES
ShareTweet