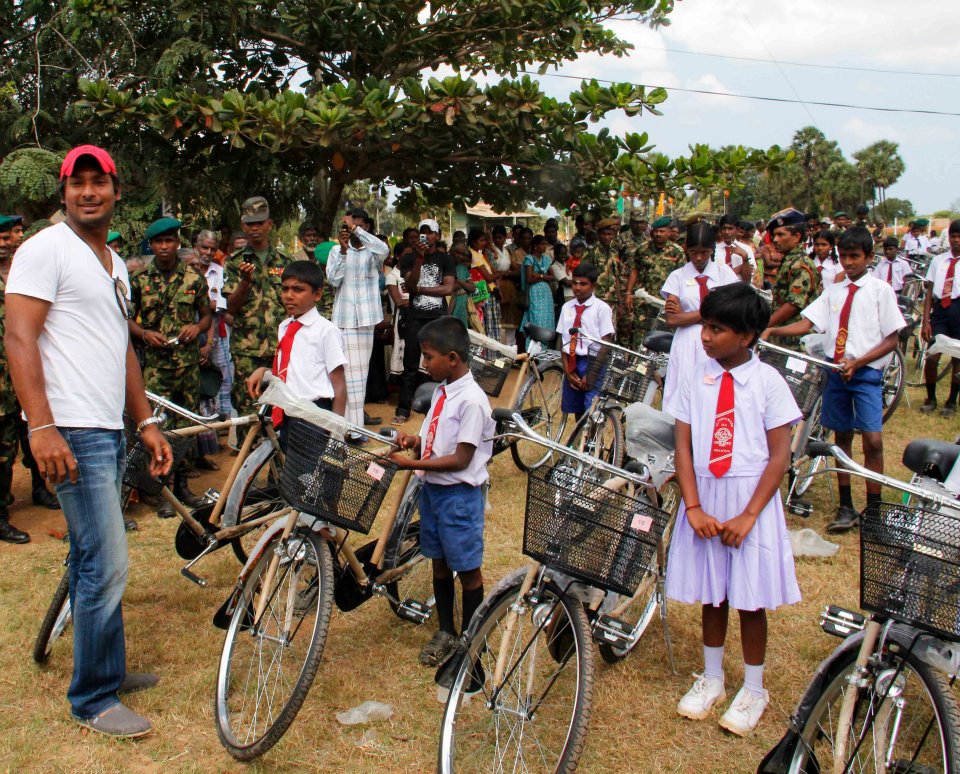 2 February 2012 – Former Sri Lanka captain Kumar Sangakkara was given just three days holiday in-between tours to South Africa and Australia but was nevertheless determined to travel to Kilinochchi in the island’s war-affected North East to deliver 300 brand new bicycles to poor families in desperate need of transportation. The bicycle donation was the result of a successful fundraising campaign called Sanga’s Bikes for Life which has so far raised US$50,000, sufficient funds for the delivery of 500 new bikes. The project, which is managed by the Foundation of Goodness (www.unconditionalcompassion.org), is planning a further delivery of 200 bicycles in March. © Foundation of Goodness
Source
0
SHARES
ShareTweet