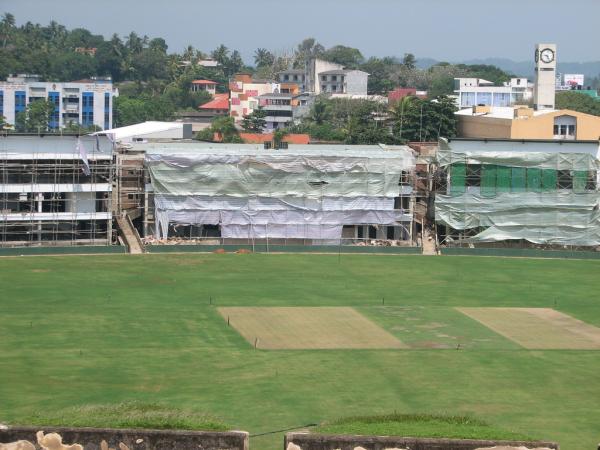 On 24 December, the ground was devastated by the tsunami resulting from the 2004 Indian Ocean earthquake.[2] Most of the buildings in the stadium were damaged, and the ground was damaged substantially. In the weeks that followed, the stadium became a temporary shelter for hundreds of people displaced from the tsunami. A temporary camp and a helipad were constructed there in order to assist the survivors. Renovation of the Galle International Stadium began on 8 May 2006. The renovation included several new buildings including a new pavilion and a media centre. © Philip Ideson
Source
0
SHARES
ShareTweet