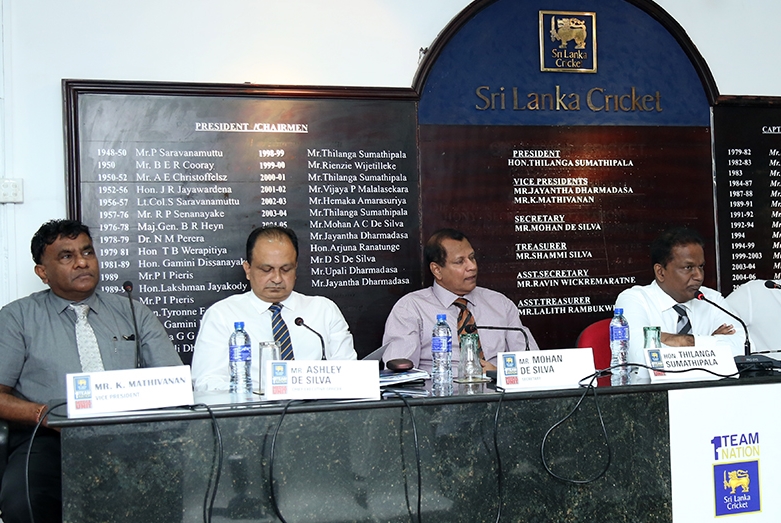 Sri Lanka’s cricket board officials appear assured they will avoid repeating the blunders made by previous administrators which resulted in the Sri Lanka Premier League’s demise after only one season in 2012, as they prepare for a new T20 league — the Lankan Premier League (LPL).

The LPL will commence its inaugural season from August 18, the cricket board announced earlier this month. The tournament will have six teams, with teams playing each other twice during the first round.

Sri Lanka’s cricket administration said it is confident of attracting top international talent. This is despite the fact the LPL season is set to clash with the CPL in the West Indies and England’s T20 Blast.

“We have fixed this window for the next five years,” Ashley de Silva, the CEO of SLC, said. “Like the IPL, we will be playing the tournament during this period and it will help players to plan ahead.” He added the tournament would give Sri Lankan cricketers adequate preparation for international cricket and did not feel SLC will face difficulty in interesting the best foreign players.

Indian players, whose participation is crucial to attracting the vast Indian TV audience, are barred by the BCCI from playing in T20 tournaments other than the IPL, but one SLC official said Sri Lanka are hopeful of attracting Indian cricketers for the LPL.

“These are still early stages and we need to put up the processes of conducting the tournament,” an unnamed SLC official was quoted recently by CricBuzz as saying. “One area that we will certainly look at is the possibility of attracting Indian players for the event. We have a very good relationship with the BCCI and they have always supported us and we are hopeful of getting their support to make the event a success.

“Even if we aren't able to attract top Indian players, the participation of uncapped Indians will help us to market the event better.”

Without the participation of Indian cricketers the tournament will not generate significant interest in India among advertisers, and minus the Indian advertising revenue the tournament becomes a less attractive investment for broadcasters and team owners.

The LPL tournament is Sri Lanka's second attempt at an IPL-style T20 tourney after the failure of the SLPL, which was cancelled following a range of issues, with the most-troubling being the sale of team ownership to individuals with alleged connections to bookies and match-fixers.

“We are keen to not to repeat the mistakes of the past,” SLC president Thilanga Sumathipala said. “We have to make sure that genuine sponsors are coming through. We have to be transparent, as this will be a product owned by SLC.”

With their inability to interest local fans for existing domestic tournaments and matches often played to empty stands, as well as online viewership of live broadcasts of club and provincial matches low, SLC’s focus must not simply be to compete with leagues such as the IPL and Australia's Big Bash League, pundits caution.

“I think if they are realistic in their goals, and treat it as a domestic tournament enriched by foreign talent, rather than a global showpiece, which is what the SLPL tried to be, then it could be successful,” ESPNcricinfo’s Andrew Fidel Fernando told Island Cricket. “The worry is that the current administration is obsessed with glamour, but if they try to compete on the glamour front with the more established T20 leagues, I'm not sure it will work out.”

Fernando believes the scheduling clash with other leagues in August and September was perhaps not due to oversight. “The clashes are unavoidable really,” Fernando said. “There is so much cricket in the calendar now, August-September is as good a time as any.

“Competing with the CPL in August will be difficult however, as that is a league with a proven track-record and a tournament that players seem to like. For now, I think it's a positive and ambitious move but there is a lot that can go wrong. I hope they invest cautiously, and avoid the sort of excess that made the SLPL unsustainable.”

In the event the LPL fails to attract celebrity cricketers from overseas due to scheduling clashes with the CPL and T20 Blast (also India's restrictions), the tournament could struggle to generate interest both locally and globally.

“A tournament without the big names in T20 cricket is not bound to draw much attraction around the world […] let alone bring in local crowds to the venues,” Sa’adi Thawfeeq wrote in a recent column for the Ceylon Daily News, further highlighting SLC’s predicament.

With August approaching and SLC still uncertain if India will allow its players to feature in the LPL, which they are keen on but have not confirmed prior to announcing the launch of the league, and also tournament and team branding/logos yet to be unveiled to promote the event; it appears the board has rushed in without careful consideration to key aspects and given little importance to the time needed to plan and prepare for such an event.

The league ideally could have been announced after team names were picked, branding completed and the BCCI’s support sought. As of now, just five months before the August 18 start date, SLC has only announced the tournament time-frame, their likely marketing partner and the format they intend to use. In addition, T20 leagues like the IPL have entrusted the management and organising of their leagues to renowned event management firms such as the International Management Group, whose expertise SLC does not appear to have sought.

Australia, Bangladesh, Pakistan, England and West Indies all conduct T20 leagues that attract cricket’s top talent and have succeeded without Indian players, which is an indication that a reliance on India is unnecessary. The foreign cricket stars needed to make SLC’s new T20 league a success may however not be available, as SLC has chosen to conduct the LPL during the same period as the CPL and the T20 Blast.