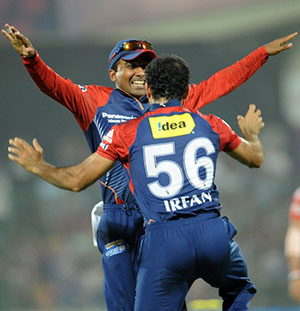 Sometime back, former Sri Lanka captain Arjuna Ranatunga said the Indian board’s financial strength has influenced the ICC, which is constantly under the pressure of the BCCI.

He said the Indian board’s full support for the Indian Premier League (IPL) is a clear indication of spoiling cricket.

Ranatunga called the IPL a "monster" that will destroy international cricket.

"Money is important, yes, but it shouldn’t eventually kill cricket," he said.

Ranatunga, who led Sri Lanka to the 1996 World Cup triumph, said the ICC has become a body that is constantly under the BCCI’s pressure.

"The ICC’s job is to protect the game. They don’t have to favour anyone."

He added that the West Indies faced a lot of hardship in fielding Test sides because of withdrawals for IPL.

"Have you ever heard that players like Chris Gayle, spin whiz Sunil Narine and all-rounder Dwayne Bravo refused to take part in Test series due to IPL duty," Ranatunga asked.

Contrary to his view, others feel the IPL has boosted the perception and image of cricket among the masses.

In spite of all the controversies and allegations, the IPL has given a new life to many cricketers in India who we never heard of. It is a big platform for youngsters to showcase their talent.

IPL has thus also proved to be a financial windfall for several up-and-coming cricketers — players good enough for competitive cricket, but unable to break through the first-class and Test cricket barriers.