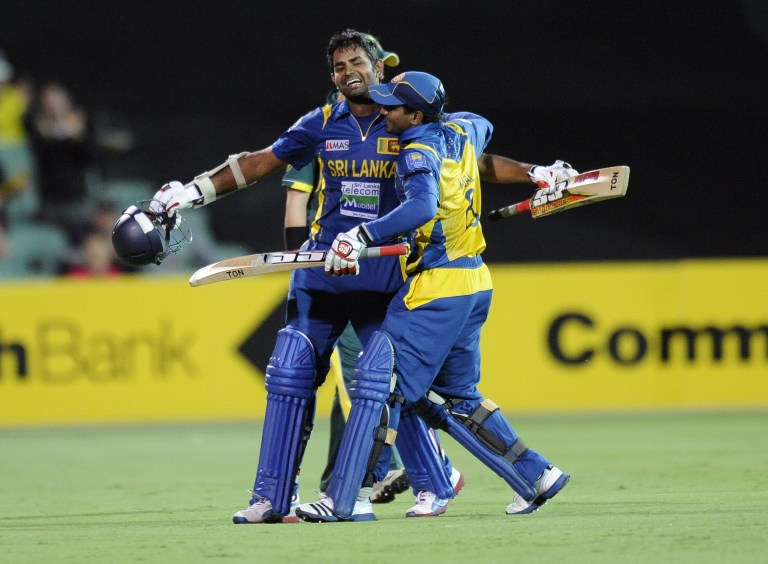 With a match winning century in the second ODI against Australia in Adelaide, Lahiru Thirimanne last week proved that his splendid knock in the final Test in Sydney was no fluke. Thirimanne’s unbeaten 102 helped Sri Lanka bring to an end what had been a wretched tour, where they failed to win a game in Australia after being there for six weeks.

What that knock means for him is that he will hold on to his place, at least in ODI cricket.

His century proved the chairman of selectors Ashantha de Mel wrong. When Thirimanne was axed from the Test side, de Mel questioned if the young batsman had what it took to play in the top order. He felt Thirimanne was better suited for the middle-order.

In Adelaide, Thirimanne batted at number-three, and when opener Upul Tharanga fell for a third-ball duck, he came out to the middle in the first over. More importantly, Thirimanne finished the job for the side.

Tillakaratne Dilshan, Kumar Sangakkara and Mahela Jayawardene occupy the top three slots in ODI cricket, which serves the team no purpose. A young player attempting to cement his place in the side can do precious nothing when batting at number-five or six.

Instead, one of the three seniors has to move down the order. Arjuna Ranatunga is a classic case in point. As his career progressed, lower down the batting order he went. Of course, he didn’t make that many centuries; nevertheless, he won a World Cup.

The belief that Thirimanne could make it in the big league was confirmed during Sri Lanka’s tour of England in 2011. Prior to the tour, there had been questions raised about his presence in the team, as he didn’t have a prolific domestic season.

Dilshan, who was captain at the time, was injured during his record-breaking knock at Lord’s in the second Test, and was ruled out of the last Test of the series. Sri Lanka were involved in a warm-up game against Essex at Chelmsford, a half-hour drive from London, and with Dilshan out, the opener’s slot was vacant. Dinesh Chandimal and Thirimanne were competing for the vacant place.

The county ground at Chelmsford is a small place, and as the dressing room didn’t have internet access, team manager Anura Tennekoon was forced to work from the tiny press box. Tennekoon was busy attending to other matters relating to the tour, and missed the first couple of overs in the morning. After arriving in the press box, he inquired from journalists how the Sri Lankan openers had fared. Unimpressed by Thirimanne, we informed Tennekoon that the batsman had left one too close to his leg-stump. Tennekoon, a man of vast experience and wisdom, replied: "Well, leaving the right ball is a talent too."

Thirimanne made a century in that game, and went on to make his debut in the third Test at Rose Bowl, but a change of selectors saw him go out of favour shortly after.

The preferred choice of the selectors when Sangakkara was injured during the Boxing Day Test in Australia was not Thirimanne, but Jeevan Mendis. It was only after insistence from Colombo did Thirimanne make the trip to Australia.

Thirimanne is the sixth Sri Lankan to score a century in Australia. Sanath Jayasuriya has three hundreds down under, Sangakkara and Dilshan have two each and Atapattu and Jayawardene have one apiece.

Rex Clementine is the sports editor of The Island newspaper.