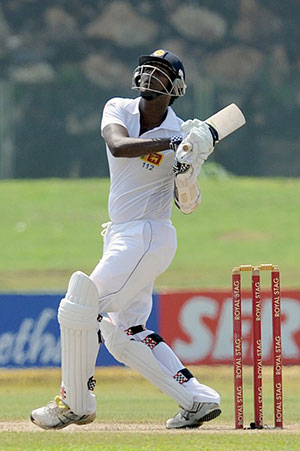 This is an article about cricket, but juxtapose these for a minute: Streetball and professional basketball, rugby sevens and 15-a-side rugby; and the longest drive competition and 18 holes of golf.

For various reasons, you will likely not find the same athletes dominating in more than one format of a sport with many version to it.

I have no doubt that LeBron James could stroll on to any outdoor court, pick the best guy out and beat him one-on-one. Likewise, Dan Carter would no doubt be a very nifty sevens star. And Jon Daly could drill a ball further than most on any given day.

But what if you made them do it for a year, then put them back into their respective ‘full-form’ game? LeBron would likely get called for travelling, Carter would’ve forgotten what to do at the breakdown and Daly would have an awful short game.

What is cricket’s equivalent to all of this? T20 of course. Our beloved crowd-pleaser.

I’m not going to debate the merits of the game, but the reason I mention it is Sri Lanka’s abysmal showing on this Australia tour. In particular with the bat.

There’s been an incredible proliferation of one-day matches in recent times. Between international tours that often include many one-day matches, most of the top and mid-level players take part in domestic T20 leagues.

Cricket fans, analysts and players have expressed concerns over player burnout ever since the IPL was established. That many of them now seem to have dropped that line in the face of an increase in IPL copycat leagues, is further proof of the inevitability — this will now be the norm.

The cricket calendar is overloaded, and sadly it’s not with good quality Test cricket, rather with brightly coloured outfits, cheerleaders, and the ugliest of cricket strokes. Fatigue is obviously an issue, and if you don’t want to take my word for it, then take Russel Arnold‘s. I think the answer to the second question is especially good.

The T20 format has been wonderful for many reasons. I think most cricket fans love seeing fast scoring, which T20 has undoubtedly contributed to. Still, I believe the 20-over format is a big part of Sri Lanka’s failures with the bat.

Impatience, a lack of focus and the overly aggressive mindset looks brilliant when it comes off, but when it fails, it looks utterly irresponsible.

So why Sri Lanka more than other sides? Australia, South Africa and India all go through almost the same hectic schedules. Sri Lanka however play far, far too much one-day cricket. The reasons are obviously financial and SLC’s restructuring of nearly every series in 2013 just backs that up.

Sadly, instead of maybe reevaluating this trend, it seems that it’s full steam ahead in 2013, with ODIs featuring India replacing Test matches for obvious reasons.

Sri Lanka will continue to fare much worse in Test cricket until the limited-overs action is reduced. And while trying to be best in the world in ODIs and T20s, Sri Lanka must also apply the same discipline that other great sides have, and retain the skills it takes to play the longer version of the game.