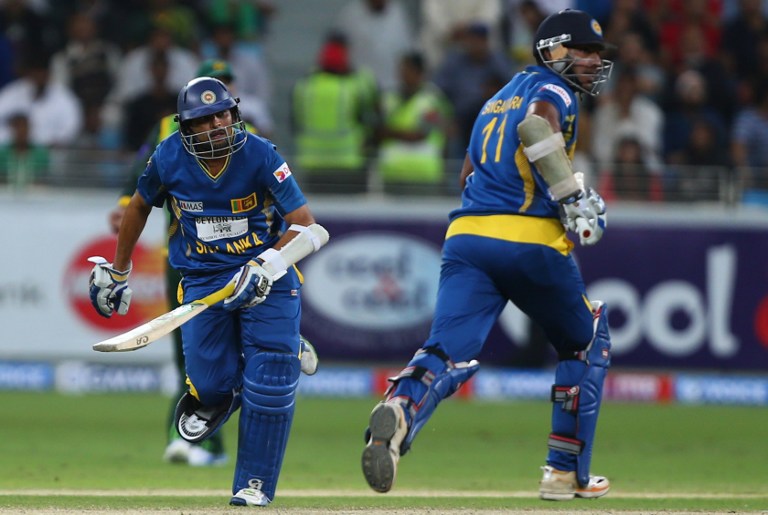 After the conclusion of three ODIs in the ongoing five-match series between Sri Lanka and Pakistan in UAE, the lack of hundreds by Sri Lankan batsmen stands out. In contrast, Pakistan have notched up three centuries. Sri Lanka’s batting woes have been compounded further by the absence of experienced hands such as Mahela Jayawardene and Upul Tharanga.

Although some matches ended as high-scoring thrillers, Sri Lanka have relied largely on exhilarating cameos from lower-order batsmen to get as close as they did. Their top-order batsmen, namely the accomplished Kumar Sangakkara and Tillakaratne Dilshan, have failed to bat through the innings. The closest a Sri Lankan has come to scoring a century has been Kusal Perera, who made 64 in the first ODI.

In all three matches so far, Pakistan have batted first and compiled scores of 322/5, 284/4 and 326/5. Tellingly, on each occasion, a Pakistani batsman from the top three in their line-up has gone on to score a hundred, and batted for a majority of their 50 overs.

Facing a series defeat on Christmas day, Sri Lanka are likely to change their strategy of preferring to chase, and may bat first in the event they win the toss. Batting first or second, Dilshan or Sangakkara will know that the onus is on them to stave off a series defeat. One of them will need to score the bulk of the runs.

On these placid surfaces, one can almost take the bowlers out of the equation altogether; they will go for plenty, conceding in excess of 270, which then brings the fielding into focus. Sri Lanka’s catching has been abysmal. Lasith Malinga’s dropped catch off Mohammad Hafeez in the last match essentially cost Sri Lanka the match. Mathews’ men cannot afford another amateur performance on the field. Their senior pros must deliver with big scores if Sri Lanka are to win the series from here.