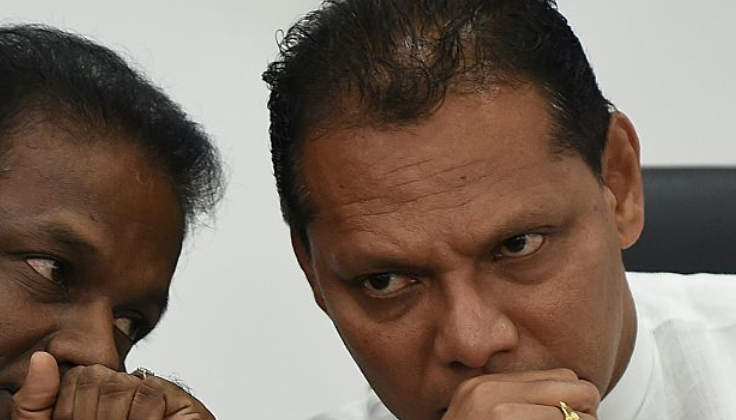 Sri Lanka's sports minister has said he will not approve cricketers for national squads until players meet the sports ministry's fitness requirements. © AFP

Regardless of whether one accepts the Sri Lankan sport minister’s view that poor fitness is Sri Lanka’s Achilles’ heel, in no way can the minister’s unvarnished threat to interfere in the selection process be tolerated.

"Everyone should undergo a fitness test and only those who reach the required standards will have my approval to represent the national team," thundered Dayasiri Jayasekara, the minister of sports.

This is dangerous behaviour and exemplifies the unusual manner in which sports bodies in Sri Lanka are forced to operate under.

The current sports law requires the approval of the minister of sports before announcing any Sri Lanka squad. This applies to all sports in the island.

"The selection of a national or representative team to meet or play against foreign teams (inclusive of the appointment of the captain) shall not be announced until the approval of the minister is obtained," the sports law states, but such control granted to the minister is not in in accordance with international norms and it breaches the ICC’s Articles of Association.

In the Independent Governance Review of the International Cricket Council in 2012, Lord Woolf stated, "Government interference in a country’s administration of cricket, including but not limited to interference in operational matters, the selection and management of teams, the appointment of coaches or support personnel or the activities of a Member, is precluded by the ICC’s Articles of Association.”

It is perplexing how the system in Sri Lanka remains unchallenged, as the ICC is opposed to such interference from the government.

It’s worth reminding that, when Sanath Jayasuriya was left out of the Sri Lankan squad for the Asia Cup in 2008, the then minister of sports Gamini Lokuge delayed approving the squad and requested the selection panel to reconsider Jayasuriya’s exclusion.

Former ICC CEO Haroon Lorgat performed an appraisal of Sri Lanka Cricket in 2012, and in his report he stated: “Constructive engagement with the Minister is necessary to amend the Sports Law so as to comply with international norm and the new regulations of the ICC.”

It has been nearly five years since the Lorgat report, the recommendations are yet to be implemented.

While the ICC was not very happy with the interim-committee appointed by the government in 2015, it is a mystery as to why the ICC doesn’t seem bothered about the sport minister brandishing his political power publicly.

A sport or a sporting event bears little impact on the well-being of the populace, and hence, there is no need for a government to regulate a sport in its country.

The regulation of a sport should be reserved to the sport’s global governing body. A nation being represented in a sport does not need that nation’s government involved in picking players and getting involved fitness, as well as administration matters.

A counter-argument that could be propounded is that debacles at the international stage by national teams could tarnish the name of the country and bring the nation an irrevocable ignominy. However true that may be, it should be said that expecting Sri Lankan governments and ministries to save the country from humiliations and embarrassments is ironical.

The inefficacy of the Sri Lankan government in managing the ramifications of the recent floods in the island, and the manner in which ordinary citizens and independent bodies stepped up to help, highlights that citizens and independent bodies are not only better off functioning on their own but they are also far more likely than the government to be both effective and efficient.

Fitness issues aside, the minister’s high-handedness should be taken in earnest and addressed swiftly. Whether the minister’s concerns were bona fide or not is irrelevant, as the power he wields leaves a lot of room for abuse and misuse.

Sri Lanka’s sports law has to be amended in accordance with international norms and sports bodies should be allowed to function free of governmental interference.