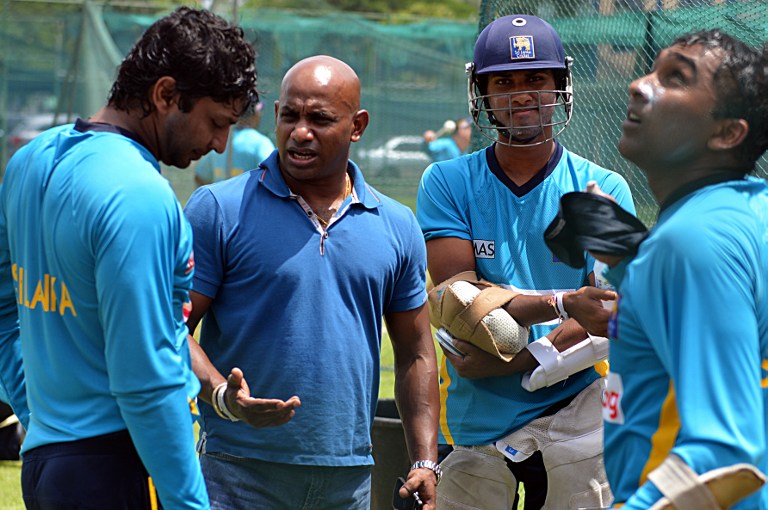 When Sanath Jayasuriya imposes his will, players have no choice but to listen. © AFP

Imagine for a moment what would have transpired if, during his playing days, Sanath Jayasuriya was prevented from playing in the IPL because a selector felt that his performances for Sri Lanka were unsatisfactory. Jayasuriya, as he has done on numerous occasions in the past, would have sought the help of the country’s president or another politician to get his way.

Sri Lankan cricketers today have no such recourse against such absurd reasoning because Jayasuriya is also a politician in the ruling party, with close ties to the island’s all-powerful president, and it is unlikely that anyone would overrule or question his actions without second thoughts. Politicians in Sri Lanka have a reputation worthy of such fear.

And I doubt that there is anyone in the current selection panel who can disagree when Jayasuriya imposes his will, which is unhealthy. The power Jayasuriya wields today was evident for all to see during the contract crisis last year. The players would not budge on their stance until they were spoken to by Jayasuriya. It was not a protracted discussion either.

According to Jayasuriya, he barred Thisara Perera from playing in the ongoing Big Bash League (BBL) in Australia, which is where the next ODI World Cup will be held, because of Perera’s "poor form". But, what better way to get back into form than playing against some of the world’s best in Australia?

"We are not giving him permission to play in the [BBL]. He has to work and stay in Sri Lanka," Jayasuriya told ESPNCricinfo. "The reason is poor form. He’s been in very poor form with his bowling and batting. He needs to work on some things with the coaches in Sri Lanka.

"Before he thinks of playing for [BBL] and all these things, he needs to do the work in Sri Lanka, if he wants to become a good allrounder. That’s what the selectors think."

Perera, according to Jayasuriya, has more to gain by working with local coaches and playing against a young England A team, than being tested against top-quality batsmen and bowlers in one of Australia’s premier domestic tournaments. Is the WT20, which is around the corner, unimportant to the selectors? Surely playing in a super-charged T20 tournament Down Under is better preparation for the WT20 than playing against England A?

"He doesn’t need BBL match practice. If he wants match practice, he can get it during the England A series," Jayasuriya reasoned.

Jayasuriya’s behaviour, as well as the conduct of other SLC officials, mirrors that of authoritarian politicians. They wield their power by enforcing strict obedience, instead of earning respect through rational decision-making and ethical conduct.

Jayasuriya was discarded from the Sri Lankan squad in 2008. He utilised the inaugural IPL, where he scored a century for Chennai, to regain lost form and find his way back into the team. It is therefore surprising that he doesn’t feel Perera stands to gain from the BBL. Three years later, in 2011, Jayasuriya was again dropped after becoming a burden on the side. Unable to find a place in the squad for Sri Lanka’s tour of England that year, he used a top politician to intervene. He was back in the team shortly after to play one farewell match. Compare that behaviour with Thilan Samaraweera’s. When Samaraweera retired he refused a farewell match, stating at the time that if he was not good enough to make it into the squad, then he should not be selected just for one farewell game.

Not many Sri Lankans are approached to play in Australian domestic tournaments — Perera must be shattered. If you’re looking for a way to destroy the confidence of a young player, then this sure is one way to do it. Axe him, make disparaging remarks about his recent performances to the media, prevent him from earning an income by banning him from playing in the BBL, and finally relegate him to the A team.

Apart from Perera, the Daily Mirror reported that even Lasith Malinga has fallen out of favour with Jayasuriya’s selection panel. The paper reported that Malinga, Sri Lanka’s highest ODI wicket-taker of the year for the last three years, will be dropped for the upcoming tour of Bangladesh because "Sri Lanka’s cricket administrators, selectors and everyone who matters, including the country’s political hierarchy, have finally run out of patience" with him. Given that the Mirror is now SLC’s preferred outlet to leak information; it is unwise to disregard the story. SLC officials have used the paper in recent times to cast the players in negative light and also to divert the public’s attention away from the disasters they continue to orchestrate.

As a cricketer, Jayasuriya was one of the greatest all-rounders to have graced the game. There is no denying that fact. I often find myself watching old footage of him clobbering bowling attacks. I’m a huge fan. That however should not cloud my judgement, and lead me to believe that his every decision is the right one, or that he could do no wrong. The media have highlighted Jayasuriya’s presence at domestic games, the introduction of young players and his keenness to seek young talent. That’s his job though — he is a paid selector, and that’s what he should be doing. Patting him on the back for actually doing his job highlights how broken the system has been over the years, and how easily impressed some of us are.

The calls for Jayasuriya to step down come not based on his decision to prevent Perera from playing in the BBL, or for threatening to drop Malinga, but because those decisions are a part of a wider problem.

Within a year since his appointment as chief selector, Jayasuriya has chopped and changed haphazardly. There are many talented cricketers in Sri Lanka, but only a few can make the cut. Including and disposing players at a rapid pace to appease the masses, by showing that you are giving youth a chance, is reckless behaviour at best and unwise on the long run. It pleases fans to hear of a previously unknown player getting a chance in the squad, and to see new talent on their TV screens, but the process will inevitably see many discarded without a proper chance.

Prasanna Jayawardene was inexplicably axed last year for Bangladesh’s tour of Sri Lanka, and found himself playing in a league akin to village cricket in England to stay afloat. Jayawardene helped Sri Lanka stave off defeat against Pakistan in the recently concluded first Test in Abu Dhabi with a fine knock, and he is the best in the business behind the stumps, but was discarded without much consideration in a year with very few Test matches.

It’s also hard to ignore how the career of Ramith Rambukwella, who is the son of the Sri Lanka’s media and information minister, was fast-tracked ahead of others with more accomplished domestic records under Jayasuriya’s watch. Rambukwella was a long way from making his international debut until Jayasuriya took charge. Jayasuriya and Rambukwella’s father are both politicians from the ruling party.

There have also been questions raised over his panel’s choice of opting for split captaincy. Sri Lanka has in Angelo Mathews a player who is good enough to be selected for all formats, and is considered captaincy material for important formats like Tests and ODIs, but is being deprived of T20 captaincy for no reason other than to prepare Dinesh Chandimal as a future leader. The merits, if any, in such inane decision-making don’t outweigh the negatives because Chandimal has struggled with the bat of late. Justifying his place as a batsman in the T20 side has not been easy for the selectors.

For the sake of the future of Sri Lankan cricket, it is important to cast aside any fear of Jayasuriya the politician, cast aside our adoration for Jayasuriya the entertainer, and assess objectively his actions. He may be better than previous chief selectors, but that should not stifle the debate over his performance as head of the selection panel.