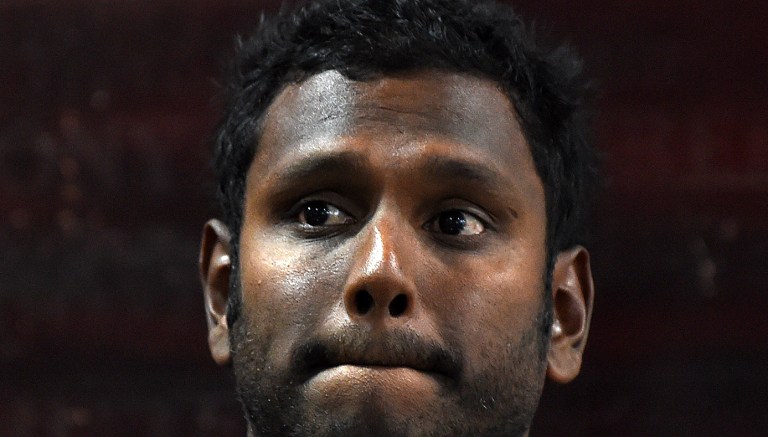 There has been criticism over Angelo Mathews's captaincy, as well as calls for his removal has captain. © AFP

As the defeats begin to accumulate, fans, journalists and SLC officials will begin to panic but panic decision-making must be avoided.

Angelo Mathews is Sri Lanka's best option for captain yet the losses in England has seen fans and journalists questioning his leadership abilities. Replacing him will not change Sri Lanka's fortunes. Sometimes, it's prudent to acknowledge that your team can be outplayed by a stronger opposition.

When Danushka Gunathilaka settles in, Sri Lanka will have a formidable opening combination, along with Kusal Perera. And Kusal Mendis, who has already proven his ability, will become more consistent with experience. Sri Lanka's batting woes won't last forever. The losses will be a thing of the past when the inexperienced and the inconsistent gain more exposure, which is why patience is imperative.

No major changes should be made without a thoughtful process behind it. Drastic changes when the team is losing is a sign of chaos caused by needless panic. Long-term goals and strategies must not be forgotten.

Sri Lanka are fairing poorly today because of the void created by the retirements of two senior batsmen — Kumar Sangakkara and Mahela Jayawardene — and it will take time to fill those shoes. Injuries to bowlers have hampered them, but the failure to score big totals is perhaps the primary reason for their dip. Neither a new captain nor the dropping of your most disliked player will make any difference.