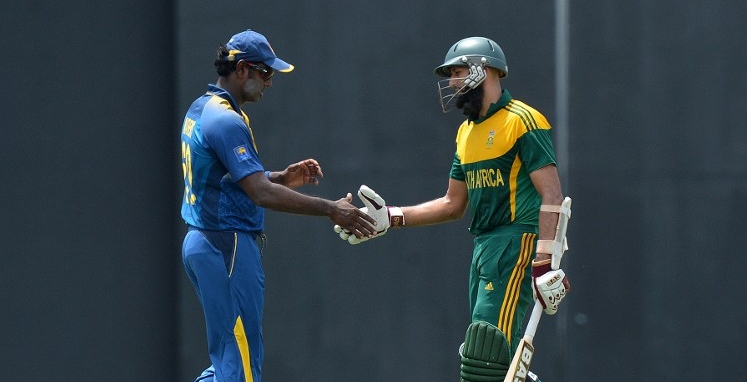 Race and social standings have today rightfully given away to skill and ability. © AFP

Ahead of Sri Lanka’s clash with South Africa, it is interesting to examine the quota system formerly used by Cricket South Africa and whether it has helped South Africa create a national team which accurately reflects the cultural demographics of its country, particularly when compared with a nation like Sri Lanka, where passion for the game runs deep, and cricket is continuously seen as a vehicle for positive social change.

With the two teams enduring their fair share of hardship over the years, it is worth reflecting on their often tumultuous journeys on the way to cricket stardom. Sri Lanka suffered the ignominy of being a minnow for many years, while South Africa were made to undergo several years of cricketing isolation under the inequalities of the ubiquitous Apartheid system, which they sought to address on the field through their use of a quota system.

This allowed for the participation of non-white players in the national squad. Despite this, the national team (colloquially known as the Proteas) remains overwhelmingly white in makeup and there is a stark lack of strong black talent in the national side.

Sport in its purest form is an art capable of bringing joy to the average spectator through its ability to bring elements of the national character in the expression of play. Think of Japan’s precision, efficiency and speed with the ball in the football field mirroring their excellence and expertise in the fields of engineering, and the West Indies lackadaisical batting style reflecting the laidback pace of island life.

But when a country’s racial demographics are tipped in their head in terms of national team representation, in South Africa’s case having an 80% black population but an 80% white cricket team, it becomes increasingly difficult to play in a manner which truly encapsulates national character and culture.

It may perhaps be the case that the quota system that was in place had become merely a case of ticking the boxes and simply making sure the minimum amount of non-white players are in the team. Such a system would become counter-productive as it has resulted in very few black players representing the Proteas at Test level, which may further discourage young black cricketers from taking up the game. This quota selection system was subsequently dropped in 2007.

Sri Lanka, too, have had issues in the past with attempting to field diverse cricket teams. At the inception of the sport in the country, cricket was restricted to an elite class who either had the appropriate ties with the colonial administration and the Christian colleges where cricket was strong, or the affluence required to maintain the cricketing lifestyle. As a result of this, the orthodox, dour, English playing style was seen as the most correct and sound method for success and recognition.

Once young cricketers finished at school, the first class system provided further barriers to a truly national game and the development of an authentic Sri Lankan style. The domestic clubs were often segmented into ethnic groups such as the Burgher Recreation Club, the Sinhalese Sports Club, the Tamil Union and Athletic Club and the Moors Sports Club.

This trend persisted for decades, even after Sri Lanka’s ascension to Test match status in 1981, but the mould was finally broken when the innovative Sri Lankan skipper Arjuna Ranatunga encouraged his team to play in an unorthodox manner with a distinctive flair which was truly Sri Lankan, through the use of pinch hitters sent in to give the team a flying start at the top of the innings.

Through the powerful striking of opener Sanath Jayasuriya and the inimitable strong wrists of spinner Muttiah Muralitharan, this flair finally embodied the spirit and culture of the Sri Lankan people themselves. The 2,500 year old culture of a nation with a rich history continues to be seen on the field in the majesty of the Sangakkara cover drive and the unaltered brilliance of a searing Malinga yorker.

Without having a quota system ever enforced, Sri Lanka have also managed to shake off the racial and ethnic segmentation of their cricket team and now consistently field a team which represents the nation’s makeup.

The world’s record Test and ODI wicket taker Muralitharan, is a Hindu Sri Lankan Tamil from a village outside Kandy and Chaminda Vaas, the nation’s best-ever pace bowler, was a Christian Burgher. Indeed, Angelo Mathews, the current national captain is a Tamil Christian, while the one of the current tournament’s leading run scorers, Kumar Sangakkara, is a Sinhalese Buddhist.

South Africa are a team which have been dominating world cricket (particularly at Test level) for many years now, but their two leading pace bowlers, wicketkeeper, and captain (also one of the World Cup’s top run scorers) are all white. Their playing style since readmission has been characterised by the aggressive style of fast bowlers Dale Steyn and Allan Donald and attacking batsman Lance Klusener.

This ultra-aggressive brand of cricket has often been compared with the 'Ugly Australian' boldness of Australia’s teams under the captaincy of Ian Chappell, Allan Border and Ricky Ponting. Australia itself has had its share of issues regarding equal representation, with Jason Gillespie the only acknowledged indigenous Test cricketer to have played at the highest level, and Pakistani-born Muslim Usman Khawaja remaining a fringe player. Indeed, the great Don Bradman says the fastest bowler he ever faced was Aboriginal paceman Eddie Gilbert, but Gilbert, who suffered from dementia later in life, was never presented with an opportunity to play for his nation.

But South Africa has the opportunity to learn from Australia’s mistakes. Now that South Africa has finally been able to shake off their quota system and talents of all races can now be developed and selected on merit, perhaps more will emulate the Proteas top batsman, Hashim Amla, devout and proud Muslim of Indian origin. Maybe, following in the footsteps of their quarter-final opponents Sri Lanka, South Africa will be able to develop a distinctive cultural flair all of their own.