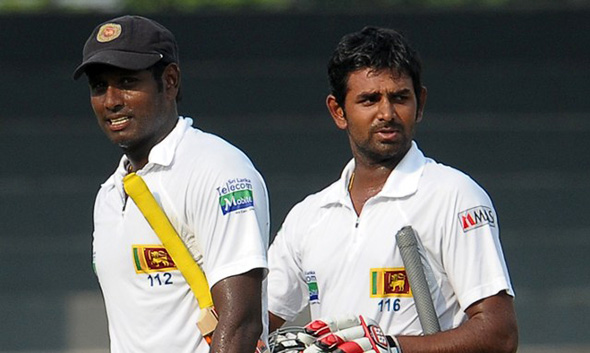 Sri Lanka will be touring England with inexperienced leaders at the helm. © AFP

Unlike previous tours to England, Sri Lanka will play five ODIs and a T20 fixture prior to their Test series against the Englishmen, which will help Sri Lankan players get accustomed to the wickets and be better-prepared for five-day cricket, in conditions they have historically not thrived in.

Sri Lanka have only won two of their 13 Tests played in England, and have lost six and drawn five since their first Test there in 1984.

The tourists are currently in Ireland to play a two-match ODI series, and will have three practise games against Essex, Kent and Sussex before the one-off T20 against England on May 20. The ODI series then follows, with the first match of the two-Test series getting underway on June 12.

"England will be a great challenge for all us, especially adapting to the conditions early," Angelo Mathews conceded before the team’s departure.

"In the early summer, conditions can be wet and the ball can seam and swing a little bit. If we can adjust to the conditions as soon as possible, and play our brand of cricket, we can beat any team."

While the five-match ODI series will allow the regulars in the side to acclimatise, Kaushal Silva and other Test specialists will need to cope with the challenges posed by the swinging and seaming ball after just one three-day fixture against Nottinghamshire on June 5, which is somewhat of a concern.

With all their recent tours away from home being in batting-friendly conditions in the UAE and Bangladesh, Sri Lankan batsmen may struggle early on. However, one can expect a closely-fought Test series based on the hope that Sri Lanka’s batsmen would have come to terms with the moving ball after the limited-over series against Ireland and England at the start of their tour.

The tour is an important one for Sri Lanka, as they have fallen to number-seven in the Test rankings and have lost their number-one T20 ranking after the annual update. Sri Lanka can reclaim their number-one T20 ranking by defeating England in the sole T20 fixture of the tour and they can also topple Australia in the ODI rankings if they beat Ireland 2-0 and England 5-0.

Click here to submit your articles for publication on Island Cricket.