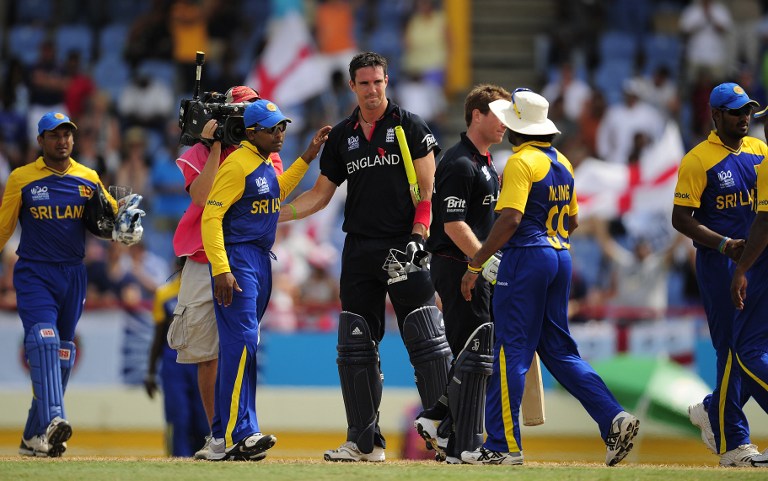 SLC officials can learn about the pitfalls of poor man-management from the KP saga. © AFP

Beleaguered England batsman Kevin Pietersen's autobiography is the talk of the town. In KP: The Autobiography, Pietersen is free-flowing (like his batting) in his attack against the ECB, coach Andy Flower, and his teammates. Pietersen may be the best English batsman of his generation, but for most he is the 'boy who never matured', as Martin Crowe has put it.

In a recent interview with ESPNCricinfo's George Dobell, Pietersen explained his side of the story. The Pietersen saga carries an important message for Sri Lanka Cricket officials.

When asked if Pietersen had ever been guilty of bullying another player, he says: "No. Never". And adds, "But I know what you're getting at. You're talking about James Taylor. Because there's this lie out there that I rubbished him in front of the team. It's not true. I spoke to Andy Flower about him. It was a private conversation. It was a senior player talking to the coach in private. I expressed my views when asked. To have private conversations turned into a media story on Monday morning that I was ridiculing James Taylor in the dressing room is ridiculous. Has anyone bothered to ask him if it's true?"

To have private conversations turned into media stories; that's exactly what Sri Lanka's senior players like Mahela Jayawardena and Kumar Sangakkara have been complaining about for some time now. Conversations they had with cricket officials and e-mails they exchanged with them, which were meant to be confidential, ended up being published in newspapers, attracting wide publicity. The duo gave vent to their anger as soon as they arrived at the airport after winning the T20 World Cup earlier this year.

The cricket official who was leaking confidential correspondence had one motive — the destruction of cricketers' careers.

How would you have captained you?

Well, I did captain guys like me in the IPL. Free spirits. My theory is, you set out the guidelines of the team and you find out how individuals like to run. And there are certain individuals that need to be treated differently to others. Some need to play warm-up games and spend time in the nets. Some need to be put under pressure; some need to be taken away from pressure because of the amount of pressure that is thrust upon them in the international environment. You have to understand those players and manage them carefully and to your advantage. Don't use them against you.

So, to me, I would have said: I know how hard you train. Continue to work. I know you will make mistakes when you bat, but you will come off next time. Keep doing it! Ask Duncan Fletcher or Matt Maynard or Michael Vaughan: they will tell you how hard I trained. And if I screwed up, they backed me to come off next time. And I kept on delivering for them. I was riding the crest of a wave, but then it was all taken away from me by a guy who had it in for me.

Here Pietersen is talking about man-management. There are certain individuals that need to be treated differently to others. How true!

If a cricket official or a selector is foul-mouthing players regularly, some of them may react to it. Ask Thisara Perera. It is said that the all rounder pulled out of the team citing medical reasons, following an altercation with a selector. The running battle also cost him the chance to play in the Australian Big Bash and the Caribbean Premier League.

Another player who had run into difficulties with officials is Lasith Malinga. SLC officials and selectors surely need to take some lessons on man-management. It's not one way traffic. Cricketers are no saints either.

Pietersen says a bullying culture prevailed in the England dressing room, targeting him. Does it exist in the Sri Lankan setup? One wonders if Dinesh Chandimal's from-hero-to-zero journey had other factors at play. Was he bullied since the day he became the captain of the T20 side?

It's an open secret that a certain cricket official took the young talented batsman under his wings from an early age, when he came from Ambalangoda to join a leading school in Colombo. For some cricketers Chandimal was always that official's boy. Some say the close relationship with the said official helped Chandimal climb the cricket ladder fast. He soon became the captain. And soon after lost everything: his touch with the bat, his place in the side and finally the captaincy. The youngster who was touted to be next Mahela Jayawardena, today is languishing in the A side.

If Tillakaratne Dilshan ever comes up with his own autobiography he should do well to include a chapter or two dwelling on his time as Sri Lanka captain. Why did he decide to relinquish captaincy so quickly? He should not keep everyone guessing.

The writer is a sub-editor at Muscat Daily newspaper in Oman and a former sports journalist at Ceylon Today.