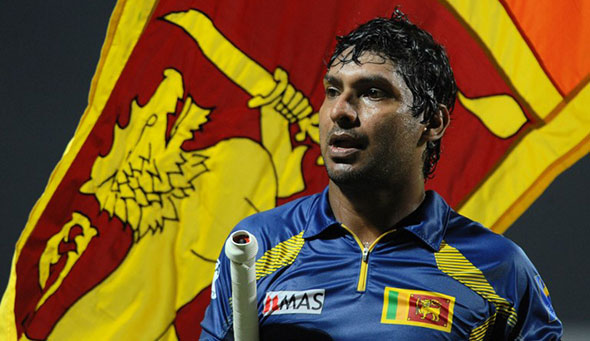 Kandurata’s win in the inter-provincial T20 tournament on Saturday has raised question on if Kumar Sangakkara and Nuwan Kulasekara will represent their IPL teams or their Sri Lankan province at the Champions League this year.

Kandurata, the provincial team both players represented, defeated Basnahira in the final of the four-team provincial T20 tournament, which was put together hastily to replace the cancelled SLPL tournament, and thereby qualified for a place in the Champions League qualifiers in India in September.

Sangakkara captained Sunrisers Hyderabad at this year’s IPL, but was dropped towards the end of the tournament, with Hyderabad opting for Australian Cameron White as skipper.

Kulasekara’s services were not required altogether by Chennai Super Kings as a result of political issues in Tamil Nadu, which resulted in Sri Lankan players belonging to the Chennai franchise not joining their teams in India.

It is unclear at this time if Hyderabad or Chennai have a need for the Sri Lankan duo, but the possibility of a Sri Lankan player choosing an Indian team ahead of their Sri Lankan team has already irked fans, and SLC secretary Nishantha Ranatunga‘s recent comments to the media has not made the decision any easier for the players, especially Kulasekara who Ranatunga wants in the Kandurata side.

Earlier today, former Sri Lankan cricketer Russel Arnold tweeted: "Sangarakara will most likely..almost certain to play for the Sunrisers in the Champions League," which elicited this response from a fan: "Money before country. The Sri Lankan logic these days!" Similarly, fans on Island Cricket too have been divided on the issue, but most appear firmly against the idea of Sangakkara picking Hyderabad over Kandurata.

In a recent interview, Sangakkara stated that representing Sri Lanka was what motivated him. "I’m privileged to be doing it for over 13 years now, and that never goes away when you walk into the field," he said. "When you walk in, you know you’re representing your country, your team-mates and the public. You’ve got a responsibility to try and be as good as you can be. That’s the main motivation." So, it remains to be seen if he is that passionate about representing a Sri Lankan side in India later this year, yet the decision could very well not be his to make.

It has been reported that IPL contracts require players to be available for their IPL teams in the Champions League, and with SLC having previously granted No Objection Certificates permitting players to sign IPL contracts to feature in the IPL and presumably the CPL, what repercussions would SLC face from the all-powerful BCCI if the players are forced by SLC to not abide by their contractual obligations?

If either player is needed by their IPL franchise, their unavailability provides an upcoming player in the Kandurata side the opportunity to gain experience and compete against the best domestic T20 sides in the world, and taking into consideration the importance of a player’s right to choose freely, along with the fact that SLC gains financially in either scenario; which team Sangakkara or Kulasekara eventually play for may seem inconsequential to any one other than irrational nationalists. Kandurata will after all need more than just these two players to win the tournament.

Related: Should Sangakkara play for the Hyderabad Sunrisers in the Champions League?