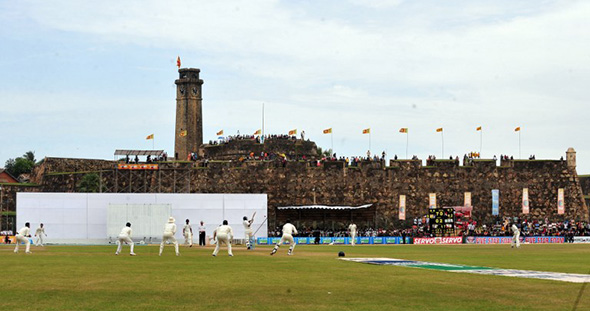 What then becomes of international cricket and the Future Tours Programme? Will international tours to the island dry up? Keep in mind that it is extremely unlikely that any play is possible without the threat of rain from April to May and from October to December in Sri Lanka. There will also be no cricket for the national team during the SLPL tournaments, which may collectively take up two months or more. Then, the IPL and CLT20 will take away more time from Sri Lanka’s international calendar, as SLC will surely strive hard to avoid any conflict with those tournaments. SLC earns a significant income from its players participating in the IPL and CLT20.

The SLPL is reliant on icon players who make up the bulk of the national side. Without them, the tournament cannot be made appealing to sponsors, franchise owners, broadcasters and fans. As is evident by the changes made by SLC to South Africa’s tour to the island next year, SLC will not schedule international fixtures to coincide with the SLPL.

In the coming years, international tours to Sri Lanka will dry up, or be scheduled during the monsoon season, because of the numerous windows created to make way for the SLPL, IPL and CLT20. In either scenario, local fans will be left disappointed. Eventually, they may grow tired and uninterested.

The decision to restructure and transform Sri Lanka’s first-class tournament into a money-maker is certainly an ill-conceived venture. It is a disgrace that a decision of such magnitude was not open to more scrutiny. The entire process behind the awarding of the SLPL tender to Somerset Entertainment Ventures, the organisers of the SLPL, was shrouded in secrecy. It has been reported that the greenhorn company has expressed their interest in acquiring the SLPL by way of an e-mail sent via a Hotmail address to SLC. That not only says a lot about the Singapore-based company, but also a lot about the men in charge of SLC.

As a result of the restructuring, a number of small clubs who have helped unearth a lot of talent over the years will be axed from the tournament. Several affected clubs recently protested the move and have managed to buy themselves more time. But the clock ticks for them all, as SLC’s ultimate goal is to make Sri Lanka’s first-class tournament a provincial tournament similar to the SLPL T20. Club representatives say that many provinces do not have the resources and the capacity to support and develop players like the clubs do, but a club-based tournament is not compatible with the franchise-based team ownership model used for the SLPL.

There is a lot more than just Test cricket at stake here, but there’s no one left to turn to. The minister of sport has always backed every disastrous decision made by SLC, and this time is no different. The minister has been disingenuous and creates the impression that the restructuring is for the greater good of the game. Whilst restructuring of our first-class tournament is welcomed and very much needed, those currently in SLC’s executive committee are not competent enough to make such important decisions.

This sudden eagerness by SLC officials and the sports minister to change the domestic cricket structure, while also culling Test cricket for limited-over matches, suggests that there is more to the story than what we are being told. Money is their only motivation; they believe the SLPL is a cash cow and ODIs and T20s make more money than Test cricket.

But it is not only SLC who will profit from the SLPL and the scheduling of limited-over series instead of Tests. The tournament is also lucrative for Carlton Sports Network, the local broadcaster that was awarded an unprecedented three-year license by SLC to telecast cricket in Sri Lanka. The station’s CEO is SLC secretary Nishantha Ranatunga and the station is owned by Sri Lankan president Mahinda Rajapaksa’s family.