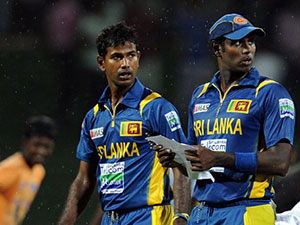 The birth of ODI cricket gave the sport a much-needed lift in light of fading interest amongst the general public. It was the main reason interest in cricket was revived and the crowds flocked once again to the grounds to be part and parcel of their team’s joys and sorrows.

Since cricket, in its normal form, is an outdoor game, it is subject to the vagaries of the weather. Invariably, this leads to the interruption of games as a consequence of unsuitable conditions prevailing. This meant that games were abandoned, or any subsequent play was meaningless.

The evolution of the game inspired two gentlemen — Messrs. Duckworth and Lewis — to build a method to compensate for this disruption. The method developed by Duckworth and Lewis attempted to simulate and prorate (not in a linear manner) the situation in relation to the original game and set targets to be achieved in a contracted format.

The application of this method to interrupted games meant that spectators present at the ground and the millions of TV viewers were now treated to a continuation of the game, albeit shortened.

However, the recalculated target more often than not gave the side batting second a distinct advantage. A reduction in the number of overs, in most instances, meant that the number of runs set as the target was less than the original score that had to be surpassed, if the game had gone the full length.
As is the case whenever new rules are introduced, more thought is given to how they can be circumvented (legally in most cases) to each side’s advantage.

The improvement in weather forecasts contributed to teams choosing to bat second in the event there was a probability of rain and consequently the target being revised. This placed an undue amount of influence on the winning or losing of a toss. The toss of the coin, which is supposed to give each side an even chance by its inherent odds of 50-50, now took on a role that virtually decided on one side having an undue advantage over the other, even before the game was played.

For example, in a recent game, the side batting first scored 300 runs in their allotted 50 overs. The side batting second were 78/1 in almost 14 overs when rain interrupted proceedings. At a point in time, it was calculated that a revised target for a 20-over game would be 128. This meant that the side batting second had to score 50 more runs in six overs, whilst they could lose eight more wickets in the process without any impact on the result of the game. That makes a mockery of the contest.

Continuing on the above example, if the side batting second was to make 50 more runs in six overs, the target for their opposition may be to take, say four more wickets before the side batting second reached 128. This brings about some relativity in the revised chase to the original target of 301. If the side batting second has lost, say five wickets before reaching 128, the probability of them reaching 301 in the normal course of the game would be slim. Of course, cricket is a game of uncertainties and if the game was allowed to take its course, it is possible that they would reach the original target despite the loss of so many wickets, but the idea is to replicate as far as possible the original game in a shortened version.

May the authorities, and indeed Messrs. Duckworth and Lewis, consider this amendment.