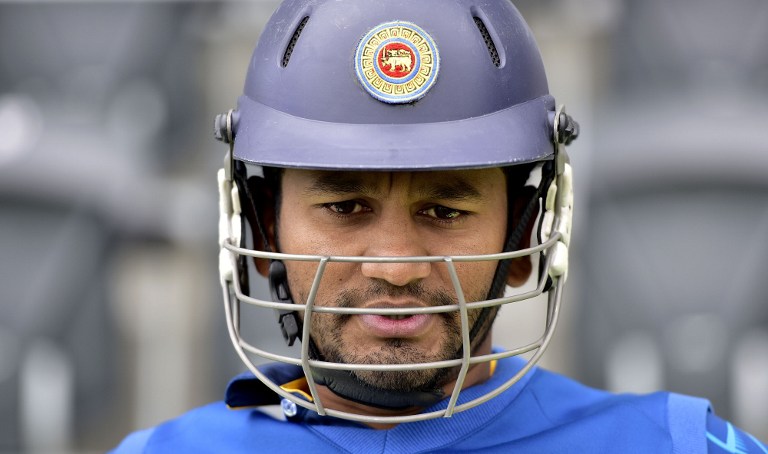 Dimuth Karunaratne grafted his way to a century in a Test match, which earned him a ticket to the World Cup. © AFP PHOTO

Imagine this: Sri Lanka go into an important tournament like the World Cup with 15 men who have been regulars in the ODI side and playing limited-overs cricket together as a unit for 12 months, they head into such a crucial event without board officials undermining their players and coaching staff at the last minute with recommendations of hiring consultants and firing coaches and criticising players in public.

That kind of normalcy is alien to us Sri Lankans and to some at the cricket board. There are people within the establishment who feel players and coaches need controversy to inspire them, while some others are doing the best they can with the limited intelligence they posses, which when combined all results in illogical theories and poor decisions.

What were they thinking when they hired Rumesh Ratnayake as a fast bowling consultant weeks before the World Cup? If I was Chaminda Vaas, who is Sri Lanka's fast bowling coach, I would now have the added pressure and stress of having to worry about job security, instead of focusing on the World Cup.

Besides that, what can Ratnayake offer in such a short time? How many coaches and consultants will be at the players' ears? Will too many cooks spoil the soup? Appointing Ratnayake is also reportedly costing the board around two-million rupees.

They want to hire Stephen Fleming too, and all this after the series loss to New Zealand. But these appointments were not necessary when Sri Lanka beat England recently.

These recommendations are coming from the chief selector, who is facing criticism from former players and the public for his panel's half-baked decisions. The selectors had years to prepare for the World Cup. This isn't like the tour of India, where Sri Lanka were whitewashed 5-0 and the excuse was we had no time to prepare. They had four years to get 15 men together.

None of this however means Sri Lanka will do poorly in New Zealand and Australia. They worked around many an obstacle to win the T20 World Cup last year.

These men are different. They've succeeded and survived through the reign of an authoritarian president who had his tentacles all over them and the cricket board, they've survived bombs and bullets in Pakistan, and they've managed to deliver despite idiotic selections by a selection panel filled with politicians and henchmen of the former regime.

Just as before, the seniors in the side and the coaching staff will 'control the controllables' by formulating a game plan with the talent at their disposal.

Lasith Malinga's form after such a long layoff post surgery will be important, but even if he is not the Malinga of old, Sri Lanka have had seven ODIs to work out the Kiwi batting, and you can expect them to face New Zealand at the World Cup with better strategies against each of the Black Caps' top order batsmen.

World Cups bring the best out of Sri Lanka, and given that this will be the final World Cup appearance for Tillakaratne Dilshan, Mahela Jayawardene and Kumar Sangakkara, they will not go down without a fight. Don't write them off just yet.