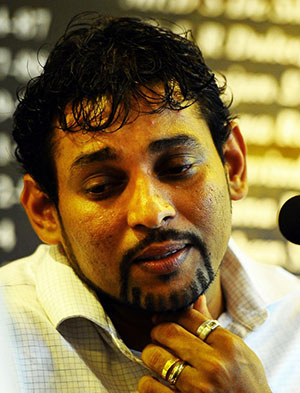 Tillakaratne Dilshan’s retirement from Test cricket, along with Thilan Samaraweera’s retirement earlier this year, will place the onus on the Sri Lankan team’s last-remaining seniors — Kumar Sangakkara, Mahela Jayawardene and Rangana Herath — to call time on their careers in order to allow the selectors to start building a team for the future. His retirement also brings back into focus SLC’s callous disregard for Test cricket.

"We have a lot of talented young batsmen coming in, and they should be given enough opportunities to make the grade in Test cricket," Dilshan told reporters at the press conference announcing his retirement.

"There are two Test series coming up — one in the UAE against Pakistan and one in Bangladesh — and it is easy for a young batsman to get adjusted to the wickets there before he goes to England next summer. It is with that intention that I stepped down, so that whoever takes my place in the Test team has time to adjust and gain the experience.

"I could have easily played Test cricket for another two, three years in all three formats, but if all three senior batsmen — Sangakkara, Mahela and me — go out together it would create a big vacuum to fill for the openers and in the middle-order batting. That is why I decided to quit from Test cricket early, so that another youngster could be groomed in my place, and they can benefit from the experience of playing with Mahela and Sanga."

Dilshan, just days away from his 37th birthday at the time of announcing his Test retirement, is the oldest of the senior batsmen, and he does make a good point: the retirement of senior players must be phased out.

But how and when should it happen?

With Sangakkara and Jayawardene occupying two key positions in the batting order, how will the selectors groom inexperienced newcomers for the number-three and four positions? Will they adopt a rotation policy that will see either Sangakkara or Jayawardene rested from time-to-time, or will the retirements be phased out? Is another retirement on the horizon?

Apart from batsmen in the Test side who are over 35, Sri Lanka’s most successful bowler in the five-day format, Rangana Herath, is nearing his 36th birthday. Of late, Herath has been the sole specialist spinner in the side. The selectors have failed to use the limited Test opportunities to prepare another spinner for when Herath bids farewell to the game, and that’s worrying.

Sri Lanka has shot itself in the foot thanks to the unbelievably irresponsible decisions made by the Nishantha Ranatunga-led cricket board. It has been widely reported that more than 10 Tests were culled under Ranatunga’s watch in favour of more lucrative limited-over fixtures and the disastrous SLPL.

As a result of a very few Test matches, the selectors have not had the required opportunities to prepare replacements for ageing players. Seniors like Dilshan, who deserved a hero’s farewell and a chance to say goodbye on the cricket pitch, have been deprived of the opportunity to do so because of the numerous postponements and cancellations of the game’s most revered format.

SLC’s destructive behaviour has not gone unnoticed though. Earlier this year, the ICC Cricket Committee recommended the game’s governing body to enforce a minimum number of Test matches per year or have Full Member nations risk losing Test status.

"Noting the examples during the year, where Test matches had been postponed to make room for other formats of the game, the committee recommended that all Test playing members should be required to play a minimum number of Test matches over a four-year period in order to maintain their Test status," an ICC statement said in May.

The following month, the ICC board accepted the ICC Cricket Committee’s recommendation.

With senior players on the verge of retirement, and few opportunities for the next generation to prepare, don’t be surprised when you see Sri Lanka sliding further down the Test rankings. Sri Lanka currently sit at seven in the rankings — only above New Zealand, Zimbabwe and Bangladesh.