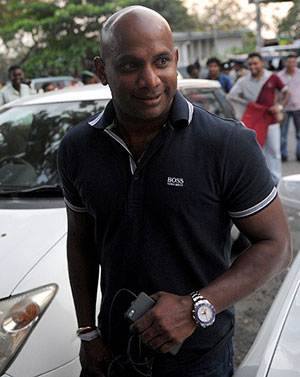 Being a selector in Sri Lanka is a tough job. It’s a case of damned if they do and damned if they don’t. Take for example the current round of criticism the selectors are facing after the T20 series loss against South Africa. They commendably utilised a rotation policy that saw seniors rested and youngsters included, yet they faced a backlash for carrying out what their predecessors were criticised for not doing — taking bold decisions to infuse youth into the side.

We’ve heard fans and journalists calling for the selectors to give youngsters more chances, but that would mean Sri Lanka could lose a few matches and a few series in the process. To include youngsters in the side some seniors will have to be rested, and without those experienced hands on deck we may lose a few. That’s usually the case for any team going through a transitional phase and it is to be expected, so let us not allow a T20 series defeat against South Africa to cloud our judgement.

It is also disheartening to see the selectors succumb to pressure by the media and fans and have second thoughts on players they initially showed faith in. Kusal Perera comes to mind. Asking the youngster to play an attacking role against the new ball and then literally demoting him to the middle order, only to axe him altogether without giving him a prolonged run, is unfair. Perera’s best is obviously yet to come, and with the skills he has thus far displayed, he is a batsman with flair and a natural ability to clear the ropes; he must be allowed to blossom, which he can’t do from the sidelines.

We may win today if Mahela Jayawardene and Tillakaratne Dilshan open the batting in T20s, but we will eventually be losers. These seniors are an important part of the team, but at the autumn of their careers they must be willing to accept more responsibility by batting in the middle order, to ensure the job is finished, while youngsters can acclimatise to international cricket at the top.

It takes time for young players to adjust to the highest level, especially given that our domestic structure is known to be weak. The gap between international cricket and our first-class cricket is significant. A newcomer to the side will take longer than those in other nations to begin performing consistently, which is why providing them the opportunity to make their debuts is not nearly as important as providing them time to perform.

Then there is the criticism that the selectors are not picking players based on their strengths in certain formats. Both Lahiru Thirimanne and Dinesh Chandimal have been cited as examples of players who are not suited to the T20 format. Anyone who has followed Chandimal’s career would know that if there was any format that suited him to the hilt it is T20 cricket. He has clobbered 68 sixes and 415 fours in 46 first-class matches and has 41 sixes in List-A cricket, which suggests that he has no trouble finding the boundary. As for Thirimanne, it is hard to imagine that any selector is under the illusion that he will be the next Chris Gayle. His role in the side is perhaps one of a steady, technically correct batsman to hold the middle order together.

Young players are already under immense stress, but having them playing with the fear of not knowing if it will be their last game for Sri Lanka is unnecessary pressure that both the player and the team can do without. We are trying to get the best out of these youngsters, aren’t we? They perform better if they aren’t playing for their place in every match. The selectors must show patience and assure youngsters that they will be persisted with. If a young player is worthy enough to be selected for Sri Lanka, the selectors must then back their decision of selecting that player by ensuring his place in the side is secure.