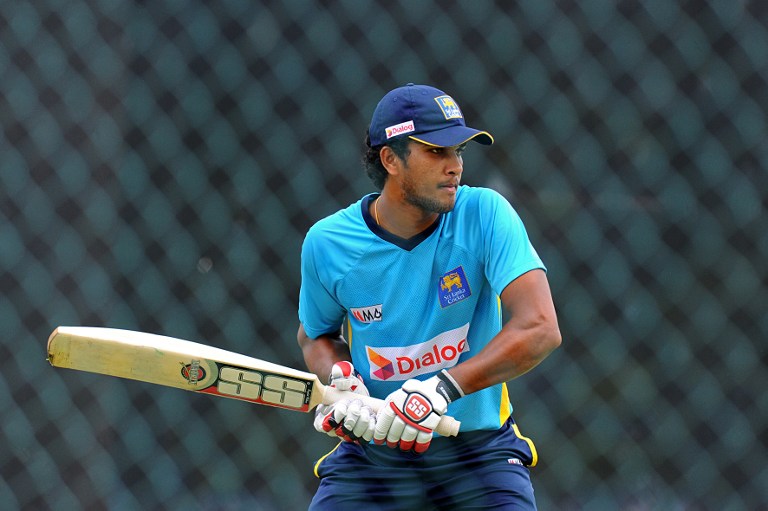 Dinesh Chandimal has found it hard to hold his place in the side. © AFP PHOTO

Dinesh Chandimal's career thus far has resembled a ball thrown up in the air. The ball soars up, cutting through resistance and rising against gravity to reach a remarkable height, and then loses all the momentum gained and plummets down to a histrionic slump.

Chandimal was a superstar as a schoolboy, breaking myriad of records. When he made his international debut at the World Twenty20 in 2010, he stitched together an important partnership with Mahela Jayawardene for a winning cause. Playing in only his second ODI and facing the likes of Ravichandran Ashwin and Ravindra Jadeja on a spinning wicket in Zimbabwe, Chandimal scored his first ODI century. In 2011 at Lord's, the right-hander scored a match-winning century. He was the third-highest run scorer in 2012 for Sri Lanka, scoring 845 runs.

But, since then, Chandimal has been in and out of the side.

With the selectors obstinately clinging to Ashan Priyanjan and reintroducing tested-and-failed players, Chandimal may have to sit out during Sri Lanka's World Cup campaign. Sri Lanka could loose out by not playing their most-successful batsman in Australian conditions.

Chandimal has a better average in Australia than any other Sri Lankan player. Kusal Perera averages better than Chandimal in Australia, but his numbers are misleading — Perera has played only three innings down under, with two of them seeing him remain unbeaten. Chandimal's average of 49.80 in Australia trumps Tillakaratne Dilshan's, Kumar Sangakkara's and Jayawardene's averages Down Under.

Sangakkara, after playing 87 ODIs, averaged just 29.85 with the bat, which is marginally higher than Chandimal's 29.28. Jayawardene's average of 30.16 isn't all that better. The legends of Sri Lankan cricket too had a sedate start to their careers. Chandimal is no different.

Why are the expectations different for Chandimal? Why do Sri Lanka's selectors look for immediate results with their young players? Do they expect a sturdy tree tomorrow after sowing the seed today? Why do the selectors not afford the same opportunities Angelo Mathews was provided at the start of Mathews' career?

Mathews was notorious for mindless slogging early in his career. He was never considered a Test regular until 2013. When he was made the Test captain in 2013, critics questioned the decision, but today, Mathews has become a reliable batsman across all formats, and that's thanks to the selectors' patience.

After playing 87 ODIs, Mathews averaged 34.34 with the bat. It should be noted that he mostly batted lower down the order, which enabled him to remain not out in 21 of those innings. If we consider all his 71 innings in computing his average, he had scored a meagre 24.18 runs per innings. His all-round abilities helped him stay in the side despite failures with the bat, but the selectors did invest in him and persist with him to a large extent.

In Tests, too, Mathews averaged only 36.88 with the bat, with no centuries in his first 14 Tests. In contrast, Chandimal averages 44.47 and has three centuries. One should not forget Chandimal's twin 50s in Durban in his debut game and his 60 batting with tail in Sydney.

Instead of chopping and changing, Kusal Perera was given an extended run in the ODI series against India and England, and that despite repeated failures. Perera has played eight games since November's series in India and has registered four ducks in that short time. When was the last time Chandimal played five consecutive matches, batting in the same spot?

Earlier this year, Chandimal batted at four to replace Jayawardene in the side in the three-match ODI series against Bangladesh. He failed in the first match, but most others failed in that game too. He was underwhelming in the second match, but he produced 64 to help Sri Lanka whitewash Bangladesh in the final match. Once Jayawardene returned for the Asia Cup, Chandimal batted at number-eight against Pakistan and at five against India and Afghanistan. He was dropped from the side thereafter.

He made a return against Ireland in Ireland, scoring 39 at number-four under difficult circumstances. In the England series that ensued, Chandimal batted at number six, seven and five and was benched for the last two ODIs. At home against Pakistan, he played just a single game at number-five and another customary failure saw him thrown out of the team for the rest of the series.

After being axed during the Pakistan series, he returned to the A-team and made a slew of hefty scores in England. When he was roped in for the last two ODIs against India, once again Chandimal failed, this time batting at three. Two matches were sufficient for the selectors to bench Chandimal for most of the home ODI series against England.

Chandimal has contended with different batting positions amid difficult circumstances. If Sri Lanka's seniors are reluctant to move down the order and out of their comfort zones to accommodate juniors within the ranks, how can you expect a youngster to start performing immediately in an uncustomary position?

Chandimal's skills will be required if Sri Lanka are to do well at the 2015 World Cup. With just nine matches left before the tournament, will the selectors give Chandimal a longer run, but more importantly, will he be batting in the same position every time?