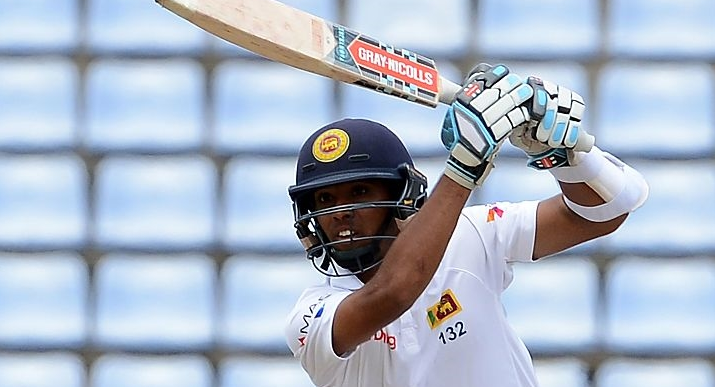 Kusal Mendis was the standout batsman from both sides in the Test series. © AFP

The media has highlighted Australia's ineptness in Asia and against spin, but Sri Lanka were never expected to beat them. They did. Australia will leave the Warne-Muralitharan trophy on Sri Lankan shores upon their departure.

Many capable Australian batsmen were put under pressure by Sri Lankan bowlers, often after their own batsmen failed to put up formidable totals, and Sri Lanka's batsmen were unafraid of counter-attacking when the chips were down, against the likes of a rampaging Mitchell Starc.

It is not Australia's weaknesses against spin that should be written about, but Kusal Mendis's match-winning batting, Rangana Herath's undeniable greatness, Dilruwan Perera's all-round brilliance, and the efforts of others who pushed against all odds to take their team across the finish line. Now that's newsworthy.

Years down the line, without context, the results may reflect a dominating series win by Sri Lanka, but the three-match series was full of twists and turns and at quick pace. Blink and you've missed it.

At Galle, the match was decided by the second day, while Sri Lanka's disastrous collapse of 117 at Pallekele on the opening morning would have left you thinking that the hosts were facing a 3-0 drubbing in the series. It was a fitting advertisement to the entertainment Test cricket can produce. It was not played on crumbling dust-bowls either.

Australia's skills were tested by Herath, a canny veteran spinner who will go down in the history of this sport as one of the finest, and the unabashed batting of young Kusal Mendis, and Lakshan Sandakan's bowling. There was also skipper Angelo Mathews returning to form and all-rounder Dilruwan Perera repaying the selectors' faith in him.

When scoring options narrowed, Sri Lankan batsmen were unafraid of using their feet or pulling out the reverse sweep. The fall of wickets did not get in the way of ticking the scoreboard over. Unlike Australia, the hosts focused on scoring not surviving and that positivity paid off.

There was always someone who would put their hand up for the team, when Sri Lanka needed it the most. It was outstanding. A totally unexpected comeback from a long losing streak, and as Australian Nathan Lyon admitted, the world's number-one ranked side had been "outplayed".

"We're all hurting," Lyon told reporters after the series was lost at Galle. "You've got to give credit where credit's due. Sri Lanka has outplayed us in all areas in the last two Test matches," he added.

Australia, who were handed the Test Championship mace by the ICC in a ceremony prior to the series, were pulverised by definite underdogs.

"In the presser, [Steve] Smith looks poleaxed. Stunned," Geoff Lemon, writing for the Australian Broadcasting Corporation, described the Australian captain's demeanour at the post-match press briefing in Galle. "A fortnight ago he had never lost a match as captain, was handed the trophy for the best team in the world, and was probably hopeful that this series would be a formality.

"Several times, he seems close to tears. His voice is quiet but not monotone, emotion bubbling through the surface. You can speak of coddled athletes, or the triviality of sport, but such public humiliation would kick a hole in anyone."

Whatever Australia's record in Asia may be, they were routed convincingly in this Test series by a side they had hoped to steamroll. All very embarrassing.