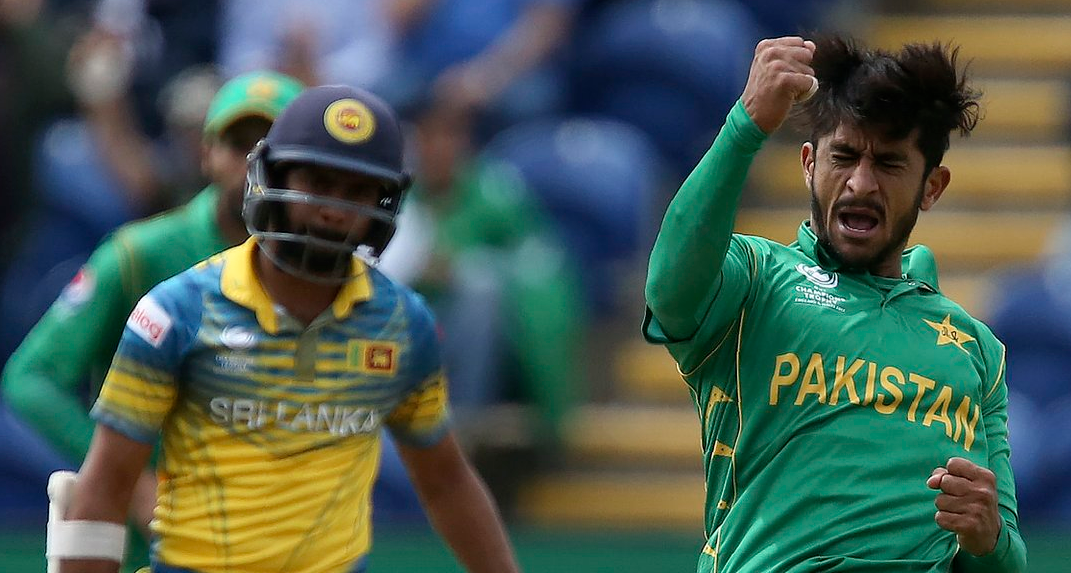 Sri Lanka exited from the Champions Trophy after their loss to Pakistan. © ICC

Angelo Mathews looked in smoking hot form and Niroshan Dickwella was batting with control and authority, heading towards a maiden ODI ton, with Sri Lanka on target to reach a total above 300 in the 30th over of their innings.

Things were looking pretty after the loss of three top order wickets, and the Sri Lankans had by this time minimised the damage caused by the wickets of Danushka Gunathilaka, Kusal Mendis and Dinesh Chandimal, after they were put into bat by Pakistan in cloudy conditions in Cardiff.

The partnership between Mathews and Dickwella for the fourth wicket had reach 78 runs, when Junaid Khan changed the course of the match in the 31st over. Khan's second spell troubled the well-set Dickwella repeatedly in the over, forcing him to move around in the crease and take risks after being beaten outside the off-stump in consecutive deliveries.

Pakistan's opening bowlers were back on, searching for a breakthrough for their side, and Mohammad Amir answered the call after Mathews inside-edged one onto his stumps. 161/4 in the 32nd over. Dhananjaya de Silva, who had just flown in as a replacement, was at the crease with Dickwella but he didn't last long.

Khan swiftly unravelled de Silva's poor foot-work and induced an outside-edge to the keeper, but Dickwella's soft dismissal off an inside-edge, which took an amazing effort by keeper and captain Sarfraz Ahmed was a significant blow. A total above 300 was at this point unrealistic. The match was Pakistan's to lose, as Sri Lanka were certain to end with a below-par total.

Three wickets had fallen in a span of 12 deliveries. The bowling changes after the drinks break following the 30th over had delivered several crucial blows for Pakistan. With six down for under 200, Sri Lanka were down and out. The Pakistani quicks were on the kill, bowling with brisk pace and looking to bowl out Sri Lanka well inside their 50 overs.

Despite what followed in the second innings of the match, and in spite of the dropped catches, Sri Lanka's top order batting was no match for Pakistan's pacemen today. Their seamers claimed all the Sri Lankan wickets to fall. A total of 236 was the reason for their defeat.

Sri Lanka's batsmen, even those who managed to get their eye in, were undone in the end by crafty bowling from seamers who moved the ball both ways at rapid pace. While the focus is now on Sri Lanka's dismal fielding effort, their top-order batsmen's inability to bat through the innings and register a big score was equally detrimental.

If not for Suranga Lakmal's late-order batting heroics, the match would have ended much sooner, even with Pakistan making a meal of an easy chase. Gunaratne and Lakmal added 48 for the eighth wicket, which saw Sri Lanka past 200, but this was never going to be a winning total unless Pakistan themselves threw it away.

Gunaratne, who has in the recent past batted Sri Lanka out of trouble, too found life against the Pakistan seamers tough. The competent puller and hooker took a blow to the head, further highlighting how this Pakistan pace attack bowled with serious venom and were too good for Sri Lanka.

By the 46th over of the Sri Lankan innings, the discussion in the commentary box zoned in on the surface, with Simon Doull stating the wicket was not a "330-340 wicket".

Indeed, of the three Champions Trophy matches played in Cardiff, only once has a team crossed 300, which is why Sri Lanka needed a different approach to batting.

Up until this point they had played all their matches at The Oval in London, on a more batting-friendly surface. Faced with a world-class pace attack in over-cast conditions, on a surface on which more-accomplished batting lineups found a total above 300 unattainable, Sri Lanka's top order batsmen must surely rue the risky and needlessly attacking strokes that led to their dismissals.