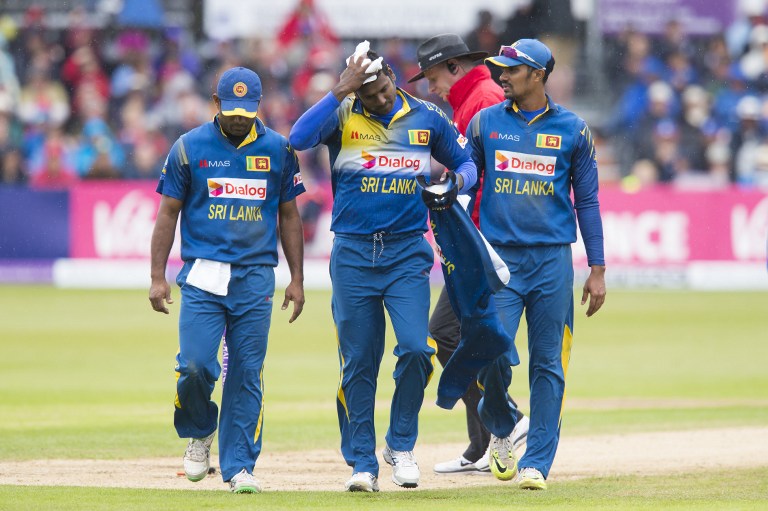 Sri Lanka were defeat by England in both the Test and ODI series, and the heat is on the skipper to swiftly change things around. © AFP PHOTO

How often have you had or heard a conversation about Angelo Mathews's captaincy go something like this:

"Machang, Mathews is a poor captain. He's losing us games."

"I know, machang. Sad state of affairs. But who else?"

And that's normally where the discussion ends. With a sad shrug the conversation moves on to the next topic, be it the latest cricketer to get a call-up after a decade or more, or whether Dinesh Chandimal has more teeth than the entire English squad put together.

After a third soul-destroying, one-dimensional performance on the field in the fourth one-dayer, where England knocked off 308 with so much ease that you would have thought they were chasing 30, the breaking point was reached. For me, at least.

There is nothing wrong with losing legitimately against an opponent who is better on the day, but watching our captain employ the same flaccid, uninspired tactics repeatedly is like being made to watch the same car crash in slow motion, again, and again, and again.

The script is often written before the game has even begun, with the only question being: 'will we manage to create an early advantage before completely squandering it, or will we be down-and-out from start to finish?'.

It has become psychologically and emotionally hazardous to watch Sri Lanka play, as whatever hope or excitement you can conjure up before the toss, attempting to kid yourself that this time it will be different, is invariably crushed completely by the end of the game in a variety of different but ultimately avoidable ways. The only moments of wonderment come when the tactics or skill levels on show are so bafflingly poor that it surpasses even your already low expectations.

You cannot blame Mathews alone for this. One needs only to watch him at work on any given day, or listen to a press conference of his, to know that he has neither the tactical nous, aggressive mentality or the charismatic personality that make a successful modern-day captain. It is puzzling, given how supremely well he knows and commands his own game, but nevertheless this truth is inescapable.

Yet it is not Mathews, but the board that must take the blame for his failure. Metaphors involving flogging and dead horses come to mind. Expecting fresh perspective or thought leadership from that lot at SLC however is as hopeful as expecting our team to defend 308 in 42 overs.

A change in captaincy has not more-desperately been needed in Sri Lankan cricket than today.

"Machang, Mathews is a poor captain. He's losing us games."

"I know, machang. Sad state of affairs. But who else?"