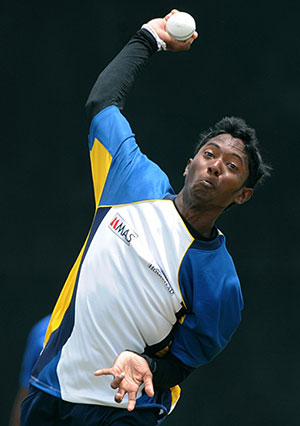 Sri Lanka Cricket (SLC) should be wary of the impact the Indian Premier League (IPL) has on its younger players. While the IPL has some benefits for young cricketers, in providing them with a platform to test their ability to handle pressure and think on their feet, it is doubtful whether young players are equipped to handle the riches, the glamour and the pressure of the IPL when they are just 18. There are also concerns about incentivizing T20 play over developing techniques suitable for Test matches. Sri Lanka would be better served in taking a more cautious approach in allowing young players to play in foreign T20 leagues.

Many observers have noted concerns over spinners’ variations being exposed by playing in the IPL, but it should be also acknowledged that there is some leakage in extended net sessions and conversations with potential rival coaches. However, considering the availability of video technology and more globalised cricket setups, any loss of mystery attributable to playing in the IPL will be marginal. Furthermore, as others have noted and the decline of Ajantha Mendis highlights, the mystery element provides only a fleeting advantage in modern cricket, and it needs to be converted to other advantages for prolonged success.

The critical concerns that SLC should have with regard to the IPL is its impact on technique development and the mental strength of young players. By playing in lucrative T20 leagues at a young age, the players would be incentivized to mould their techniques to meet T20 demands, instead of developing their technique to play the longer forms of the game. Such incentives could be fatal for a player still developing and understanding their game. In addition, much as we like to talk about the ability to change mindsets between playing formats, it is debatable whether the theories around muscle memory and mental switching support such a proposition. Athletes and others develop muscle memory by continuous repetition and this helps the body to react instantaneously and subconsciously to situations. This is important for top sportsmen since success requires them to swiftly and confidently react to situations, with a batsman facing a 140 kmph delivery being one example. Young cricketers should be developing their muscle memory in playing proper cricket strokes and bowling with correct actions. Recent research also suggests that mental switching is not without its costs. Young cricketers, whose understanding of the game is still blossoming, are more at risk of being in a confused state in such situations.

The mental strength of young cricketers to absorb pressure at the IPL is also an area of concern. The pressure is mostly directed at the four foreign players’ slots in the team. They are expected to provide the bulk of the scoring and the wickets. In an environment where the team is playing every other day apart from glamorous social events and media commitments, the amount of attention and support the coaching staff can provide a young player is an open question. This would be also in an environment that is mostly foreign to the players without their normal support systems. This is a primary reason that the National Basketball Association (NBA) in the US has insisted that recruits play at least one year in college, since history has shown them that a vast majority of players are not equipped to handle the direct transition from high-school to NBA. The league is also looking at extending this to a three-year college requirement, even though the NBA has a much more complete setup geared towards helping players achieve long-term success. Similar transitions could be even more difficult for Sri Lankan youth who are raised in a sheltered environment, whereas in Western countries it is drilled to children from a young age that they need to be independent and out of the house by the time they are 18. Any loss of confidence arising from pressure or lack of focus could be fatal for the development and performance of youth cricketers.

One could argue that Akila Dananjaya’s relatively effective participation in the T20 World Cup indicates an ability to absorb pressure. However, we would also need to note that at that World Cup he was playing with a captain who understood his game and used him strategically with a support system more attuned to his needs and invested in his success. It is far from clear that he would face such an environment with the Chennai Super Kings. Sri Lankan success stories at the IPL have mostly come from players with significant international experience and exposure prior to joining the league. For each success, there have been many instances where younger players did not get a chance to play at all or where they did not perform well. It is to be hoped that younger players and SLC become more aware of the opportunity cost they are incurring by participating in the IPL.

Dananjaya would also be short-sighted to imperil his future for the price of $20,000. He should be aware that with more international experience and development of his game, he would be very likely to get more significant paydays in the future. The young players should also consider the investment Sri Lanka has made in them in terms of coaching, support facilities and opportunities.

It is wise for SLC to come to a policy decision to not allow any cricketers below the age of 22 to play in foreign T20 leagues. This would ensure that young players coming out of the school system will play at least three years in domestic tournaments before joining the IPL. It would also ensure that the cricketers have much more time to develop their techniques and confidence, get to know their individual game and be in a better position to perform for Sri Lanka, and later their T20 teams in overseas leagues. It would mean that players would see their additional income opportunities lost for three years. However, the impact of such a ban in actual terms, considering a player’s lifetime income, would be much less since the peak income years for a cricketer occurs between the ages of 25–30.

Hence, a three-year ban would be a pragmatic consensus, considering both player-development and earning potential. The financial needs of young cricketers and their families during the ban period must also be considered when implementing such a policy. Such pressures are understandably more acute for youngsters from less privileged backgrounds. They often face significant pressure to quickly convert their talent to financial means. What the cricket board can do in that regard is to provide three-year developmental contracts for selected teenage cricketers based on an identified set of milestones. SLC could also partner with mercantile institutions in Sri Lanka to provide additional financial options for young cricketers in terms of employment, job training opportunities and perhaps even housing loans. Such measures can provide a sense of security to young cricketers, and they can then focus on developing their talents.

These measures would not ensure that all the players will be completely ready by the time they are 22, but it would significantly increase their probability of success. It behooves the cricket board to have long-term focus and goals when it comes to young talent. A good platform must be provided to them to play for their country with distinction and maximise their earning potential on the long-run. The island’s talent is too precious and the sport too dear for many Sri Lankans to err by letting young cricketers jump into the deep end.