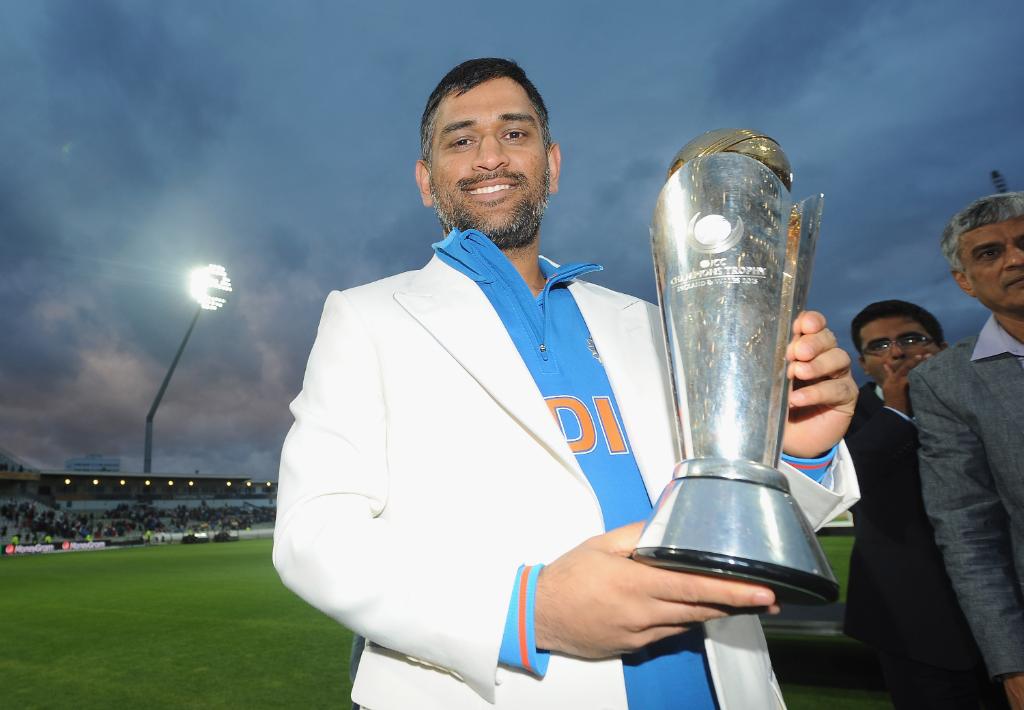 “Thanks, Thanks alot for your love and support. From 1929 consider me retired”. A video with a retro music track, capturing special moments not solely of self but mostly of the team and others. That has to be the shortest ever retirement announcements in cricket. Has anyone done something like that before? Not to my memory. Will someone follow suit the same way? Nope probably not. Short and simply that’s just a MSD way of doing things, which only he is capable of.

1929h, July 10th 2019 probably was the moment the India v New Zealand semi final concluded few minutes after MS Dhoni’s heart breaking run out. Ever since, the jury was out discussing the great man’s future in the game. He went on to serve the Army, chilled in the misty hills with his family and spent time with his dogs while the cricketing world was weighing in on different possibilities that could unfold. While the debates continued MSD just announced the most anticipated decision in India right now probably only second to the discovery of a COVID vaccine in the most nonchalant way possible through an Instagram video with a retro classic in the background. The video has the highs and lows of his career through the great man’s eyes. The most eye catching of course is his dismissal for a duck against Sri Lanka in the 2007 world cup game that led to India being sent home. Following that is the protest back home chastising Dhoni for the debacle. It was probably a defining moment which influenced how he would design his media interaction and public appearances in future. It would go on to leave and indelible scare in his mind. And that probably would have been one reason why he chose to exit in a low key manner. MSD knew the line between being a hero and villain in the eyes of his own fans was was thin, if at all if there was one. Because of that all the fanfare and the noise around a formal exit was just not worth it in the great man’s eyes.

MSDs value addition to India was more as a leader than a player. This is not to undermine his contribution as a player but to put his leadership achievement in perspective given everyone knows his capacity as a player. Under MSDs leadership India went on to win three ICC titles and also went on to become the test number one as opposed to a solitary world cup win prior. The 2007 World T20 and the launch of IPL were probably the two most influential events in the history of modern cricket. MSD was at the centre stage of both. While Sachin walked into his sunset there were questions how would India sustain. MSD provided the answer on and off the field with his cricketing and leadership skills. MSDs rise to prominence and his exploits coincided with the shift in power of cricketing administration. As it came east, MSD rose to the ranks of a global brand ambassador for Indian cricket. Quite deservedly so. For a man of such stature to bow out the way he did would have been surprising but for anyone who knew what MSD was it was no surprise. MSD was an embodiment of team work. Self over others. Even in the retirement video it quite obvious to see the achievement of others like Rohit’s double hundred gaining prominence with MSD in the background. That’s what made MSD what he was. As the milk drinking, mane like haired man turned into a neatly combed, mild mannered leader Inidan cricket top turned around.

Being an ardent Sri Lankan fan one should never forgive him for what he inflicted upon us. Playing one of the most decisive knocks in cricket to take the 2011 world cup final from Sri Lanka is one solitary reason that should suffice to hate MSD, let alone the numerous other time where it was inmpaoible to dismantle MSD. Rajkot 2005,Adelaide 2012, Port of Spain 2013, Pallekale 2017 are few instances that are difficult to forget from a Lankan perspective. Yet the demeanour and the aura he brought was too hard not to admire.

Having caught the cricketing world by storm with a rampant 148 against Pakistan at Vizag in 2005, Dhoni first faced Sri Lanka in Dambulla the same year. The guile of Murali didnt take too long to send Dhoni back, making him look clueless. As a Lankan fan it gave an air of arrogance to think Dhoni the newest sensation in town was nothing facing upto the champion Murali.

As Sri Lanka travelled to India later that year Dhoni would face up to Murali again at Rajkot. Chasing 298 for a win India had lost top order wickets and Dhoni was batting with Dravid. Being an A/L student back in the day I remember following the game on a friend’s mobile. As he said India lost a wicket I asked who that was. When it was Dravid I remember having a sense of relief saying that should suffice. There was confidence that Dhoni would only be a one match wonder like many others. A few hours later as I looked at a TV screen on the road I could not believe what I saw. Dhoni had smacked 183 not out leading India to an easy win. MSD had come to stay. It would be the beginning of a traumatic alliance for Sri Lanka which would eventually peak in Mumbai on 2nd April 2011. Despite being at the recieving end of his prowess it was too hard not to admire him for many reasons.

MSD looked at the obvious from a different lenses. Standing back to the spin of Jadeja in 2014 in tests to eliminate the need for a slip, using a stretched out leg to prevent defections and glides and back flips to catch unsuspecting batsman short of their crosses were few of the many new gigs Dhoni introduced to wicket keeping. However what would stand out was his approach to batting. Whilst the likes of Bevan and Kluesner had made name for themselves as finishers or was Dhoni who standardized a totally different concept where he executed chases taking them down to the wire and made everyone believe even when twenty was needed off the last over the pressure was on the bowler more than the batsman.

In addition to his skills there have been enough anecdotes showcasing his different approach to leadership as well.  Short and sweet team addresses which lasted not more than few moments, an open door policy on tours where everyone could walk in and walk out at anytime which did not change even after marriage, letting players figure out their own ways like leaving a dejected Ashwin on his own after a champions league game in 2010 after he had lost bowling a super over and most importantly backing Rohit in ODI cricket while the jury had long concluded that he wouldnt make it big and giving opportunities to Kohli in test cricket are few of many such instances.

MSD was definitely one who viewed everything from a different perspective as highlighted above. That was the key to his rise and equally the reason for those who didnt like him to hate him too. Nevertheless it was the unorthodox which led him to be one of the best in the business in every aspect .

Despite all of that what stood out prominently was that he didnt seem to care about a thing that was happening around him. It was too hard to believe that someone could be so insulated to the developments around him to an extent which made most feel MSD the person and MSD the performer were two detached personalities. But his retirement video on Instagram provided a clue. Perhaps he faked it well that we all believed he didnt care. If you watch the video closely you would realize most of the moments capture there were moments which could have slipped under the radar if he didnt bother. In addition to what was mentioned at the start of this article simple moments like giving Ganguly to lead the side too have been captured. But most importantly the moment he was run out, the walk that followed, a dejected Dhoni in the dressing room and finally his space in the dressing room is what the video concludes with. Those images speak a thousand untold stories and display emotions which were obvious back then. It is obvious he cared but was just so good showing control and that is why MSD was special.

As MSD departs the cricketing world would be poorer without him on international stage. Just like the Uber unique approach employed to walk away from the game he played the way in an equally novel way. MSD definitely leave not only Indian cricket but world cricket better than what it was before he entered. May be he has had an impact bigger than what the likes of Sachin and Saurav did setting the platform for the likes of Kohlis and Rohits to excel. And that alone is enough to validate the fact that MSD was a leader and player par excellence. For that reason “Thank you MSD” will not be a phrase but an emotion. And that is purely the reason why even despite being the most ardent of Sri Lankan fan it was too difficult not to admire him as a player, as a leader and most importantly as a person.