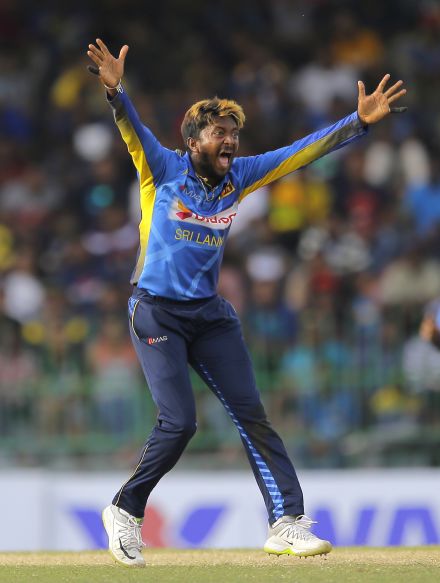 I was just reading a comment by One of our Island Cricket Fellow Fans Mr. Susantha:

Now I’m no Pitch Specialist like Mr. Susantha but I also know that Akila can’t bowl properly, Now who conceded 6 Sixes in an over an lost a game for SL? So Now people will argue “Well he took a hat – trick” But still do you know he’s end figures in that Match? 3/62 with a economy of 15 Only 16 Players have conceded more than that in an T20 innings,  Now Hasaranga didn’t get a Hat- Trick that’s true but in the Same match Hasaranga bowled 4 Overs conceded 12 and got 3 wickets?! So SLC Should wake up from the expensive Era of Akila Dhananjaya.. I mean if Sri Lanka could drop their best finisher, Superb all rounder Mathews, Can’t they drop a 2 time ICC bowling action declined Akila Dananjaya? Can’t they!

Then tell me what did young Jayawickrama do to go to the Travel Reserves? Dasun has given him 1.1 overs and has conceded11! Against De Cock, You can’t law a bowler like that! That’s unfair for Sl’s Test Sensation

HOW MANY TIMES HAS AKILA DHANANJAYA DISSAPOINTED SL?, He’s more erratic, Doesn’t bowl to the field, Concedes 6s, Doesn’t take Wickets and so ON

Now, Many of us will go to cricinfo and check Akila’s stats, But this isn’t Akila Dananjaya we had way back, Because he’s bowling action has changed.. These stats are more relevant Look at Akila’s last 3 T20I  Series Bowling stats

Now SLC Is are these stats good enough..? If Akila was smashed out of the park by an Asiosate nation what do you think will happen against the likes of Kholi, Rohit, Livingstone, Morgan, Williamson, Ross Taylor, Babar? ( If we qualify for the T20 WC) Do you think they will show mercy? Don’t think So

Now for the so called “experience” Akila made his debut in 2012, BUT HE HAS ONLY PLAYED 31 T20IS,  Bcaus he was twice under ICC Bowling action Probes..

All of your comments are welcome and I’m very sorry Mr. Susanatha if I did anything wrong and a big thanks should go to him as well.