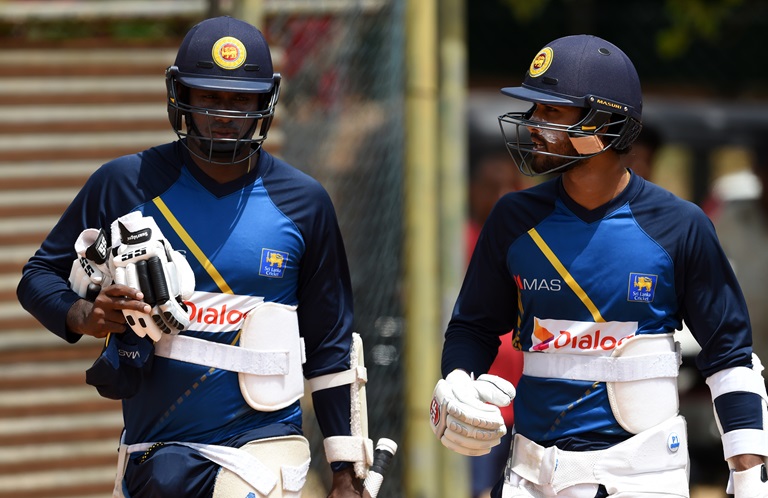 What is the main reason for the current pathetic situation in SL cricket?

Though there are many reasons at various intensity, many, including cricket administrators, past cricketers, cricket pundits and fans will agree upon one answer.

Answer – The outdated and substandard domestic cricket structure which is incapable of producing physically and mentally competent players suited for the demand of international cricket.

Fine, then one can argue in this way. “Guys, This is the structure in SL  1st class cricket for a quite a period of time without major changes and through the same structure we have been able to produced world class cricketers like Aravida, Sanath, Marvan, Mahela and Sanga..From 1996’ to 2015, except a few rough patches, SL was a power house in the global sport. Why is this sudden collapse?

Again, We know the answer. “Mate, the game has changed. Rules have been changed. The complexion of world cricket was turned upside down ever since IPL was introduced in 2009. See, almost all major cricketing nations (even Afghanistan) conduct an IPL-like domestic tournament. And we are still playing poor inter-provincial super 4 T20 tournament.  While youngsters in elsewhere entered into international cricket after having played with giants in world sport and exposed to the competitiveness and the pressure of the game, our poor youngsters are asked to jump to the deep end of the pool after only seeing an image of a pool.

Fair enough. Most will agree on that and will not argue further. Still there can be one who will counter argue like this;

“Ok, buddy…That is true. But think of this. IPL launched in 2009. Its effect is mainly on T20 cricket and then on ODI cricket. But since 2009 to 2014, in four T20 world cup tournaments, SL has reached the finals in 3 occasions and semis in one occasion, while the owner of IPL – India- only reached the finals in one occasion (after 5 years since initiation of IPL) and even in that time it was not them, but us, SL, who won the trophy. Don’t you remember buddy, during this period, mostly, SL was the number one ranked T20 team in the world. Even after five years of initiation of IPL, SL was a dominant side in world cricket. Then how this sudden collapse comes?

Over the years, SL team had pairs of cricketers. king Pairs, who most of the time were captain and vice-captain and used to carry the team on their shoulders over a certain period of time. Arjuna – Aravinda in 90s’, Sanath – Marvan in early 2000s’, Mahela – Sanga in late 2000s’ till 2015. Since 2015, do we have such a pair?

Ok, now we will do a time-based analysis.

In 1990, Both Sanath and Marvan appeared in international cricket. It was nearly 6 years after Aravinda’s debut. We all know the tragedy in Marvan’s early career. Sanath also had an inconsistent career in early days. However in mid-90s’ Sanath transformed to become worlds’ most fearsome batsman and marvan spending a lot of time in 1st class cricket, quickly resettled in the national side as a competent and confident cricketer. With the declining of Arjuna-Aravinda combination in the late 90s’, Sanath-Marvan emerged as the next SL core-players and did their precursor’s role till mid-2000s’ till Marvan’s career was hit by injuries and controversies. But not to forget that even after Arjuna’s retirement, Aravinda was in the scene till 2003, playing an influential role in the team, though the baton was given to Sanath-Marvan pair.

The next generation of players was recruited to the SL team likes of Mahela, Avishka, and Thilan. They all find their way to the national team in the 1997/98 period (Nearly after 7 years since Sanath’s debut). Being the most stylish and inborn talented cricketer, Mahela quickly established in the team. Meanwhile, Avishka was in trouble with his batting technique, fielding and the competitiveness in the team for the opening slot (which was suited to him) and declined without fulfilling the promise he brought since his school days. Thilan was more a spinner than a batsman and had to compete with murali led spin department to find his placed and failed for a few years till he re-emerged as a proper batsman.  However, the damage was well repaired with late appearance of Kumar Sangakkara into the scene in 2000. Though not being identified as a next-generation super-star in school days, hard work and intelligence brought him a long way to the national team and next few months he cemented his place in the team. By mid-2000s’ (nearly 2006/07), Sanga – Mahela pair took over the responsibility from their precursors Sanath- Marvan to carry the team on their shoulders and they did so till 2015, with the immense aid of T M Dilshan. But not to forget that even though Marvan ended his career in 2007, Sanath went to play till 2011 and played an influential role in the team at least till 2009.

Let’s see the summary of the above story.

As we see here, after 6-8 years of Arjuna – Aravinda’s debut their followers Sanath – Marvan debut and later two took over the real responsibility of carrying the SL team after about 8-9 years (in 1998/99) of their debut with the side support of Aravinda who played 4/5 more years with them. Again 7 years after Sanath-Marvan’s debut, Mahela Appeared. (Which is the ideal time the next generation to start. Sanga was a bit late, but quickly established) and Sanga-Mahela pair was handed the responsibility of leading the team in around 2006 (which is nearly 9 years after Mahela’s debut). Even after that Sanath continued to play for another 5 years and aiding them. This ensured the smooth transition of the workload from one generation to the next generation of SL cricket.

After 2015 what happened. Sanga – Mahela co retired and TM retired after one year. There were three players were identified to make the next generation’s king pair. Angelo, Chandimal, and Thirimanne. Let’s see their careers. Angie’s debut is in 2008, Chandimal in 2010 and Thirimanne in 2010. By 2015, Angie was in international cricket for 7 years, Chandi and thiri for 5 years.

No wonder they were collapsed in midway, exactly what has happened now.

Where is that mature and ‘well-adopting to the situation’ Angie we saw in 2008? Here we have an injury prone, clueless Angie instead, who appeared depressed in mostly.

Where is that Chandimal who jumped out of the crease to hit a six to reach his 100 in ‘Lords’? Here we have struggling, under-pressure Chandimal instead.

Where is that Thirimanne, we all believed to be next Sanga after the 2014 Asia cup? We have defensive, selfish Thirimanne who is looking to find his place in the team instead.

One can argue that they are continuous failures. Yes, they are. That is due to the gap between 1st class cricket in SL and international cricket. The exact gap we were talking on earlier. Let’s see stats of past generation superstars in the early years of their careers for comparison.

In fact, we have to give this 5 year period for all players in SL, to develop and establish in world cricket due to the gap between our 1st class cricket and international cricket. That is fair compensation to them. But what happened to Chandimal, Thirimanne, and Angie? After 5 years, Angelo was handed the leadership and we know how he became a blunt, negative minded captain in years to come. Even before they established and developed, Chandimal and Thirimanne were handed an additional responsibility of carrying the team on their shoulder.

Initially, this has appeared as a good reward and a recognition to the promised they showed, but later it was found to be a curse to them. And they collapsed. They collapsed in big time, beyond repair as it seems. Look at Kusal Janith Perera and Dimuth Karunarathne, who got the opportunity to develop without this curse. Both have developed their game after an early lean period and well established in their roles, while chandi and Thiri are still struggling.

Ok, what is the missing link here? Why did this happen? That is the most important question. To find the answer we have to compare their debut years with the debut year of their precursor Mahela J.

While Sanath-Marvan were debuted 6 years after Aravinda, and Mahela was debuted 8 years after Sanath, these three players appeared respectively 10 and 12 years later of Mahela’s debut.

Do you remember Jehan Mubarak whose debut was 2002, as the first batsman to enter the national team among above group and Whose career was done and dusted partly due to his own false of not maximizing his opportunities and partly due to impatient media (one media showed his name on the TV screen as ‘මු බරක්’) and fans.

Can you remember Thilina Kandamby (Debut 2004), another from that exact breed of players and was struggling to find a place in the middle order. Once a vice-captain of ODI team and finally disappeared from the national team after bizarre run-out surprisingly by hands of Angelo Mathews.

Can you remember Farvees Maharoof who was U -19 SL captain in 2003 and was debuted in 2004? SL prime all-rounder for a period of time for SL who quickly over-shadowed with emerging Angelo Mathews and Thisara Perera.

To be fair, what about Upul Tharanga (Debut 2006)? The guy who regularly lost his place in the national team over the years with his endless struggling with ball around off-stump for an extended period of time, with promoting T M as an opener in 2009, with SL administrators and fans’ dream of reincarnation of Sanath likes of K J Perera and with severe under-usage by team management reasons only known to them from 2015.

Yes, guys…They are the missing link in SL cricket. The missing generation of SL cricket. Ideally after debuted 5-6 years after Mahela, two of them had to be here in 2015, to take the responsibility of the national team around 2012/13 (with experience of 8/9 years in international cricket) when Sanga-Mahela pair at the verge of retirement to make sure the workload is transferred carefully to the next generation. Unfortunately, we lost them on the way due to various reasons, leaving the poor trio of Angie, Chandi and Thiri to do the job and as one should predict, they failed and failed with the country’s most loved game.