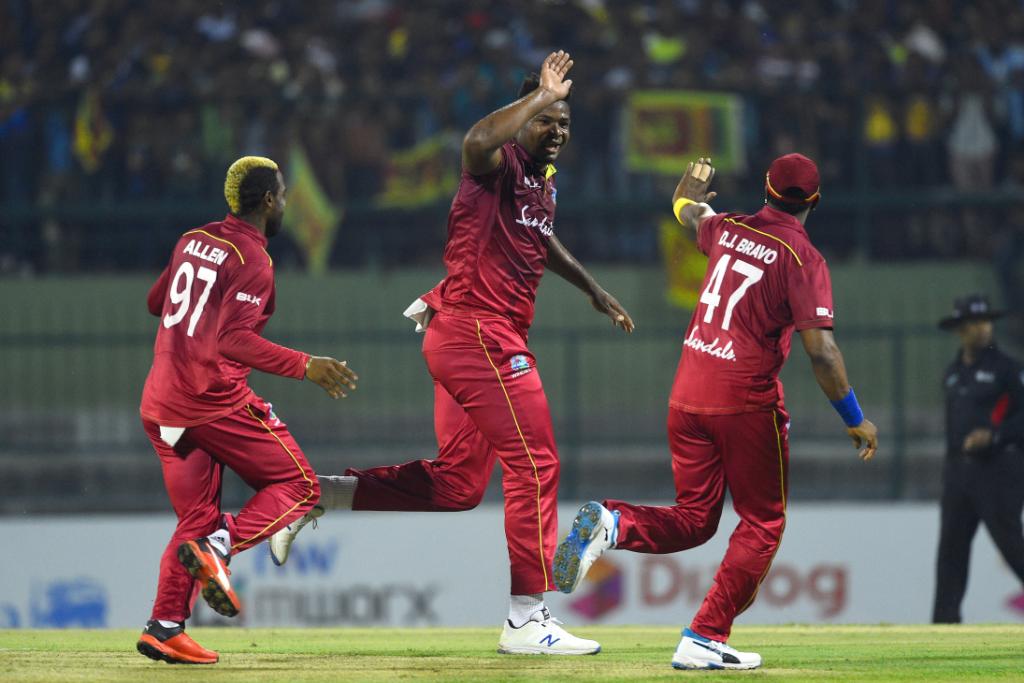 The whole of Pallekele was alive and roaring. The world’s best T20 bowler had gone past arguably the best power hitter of all time.

West Indies defeated Sri Lanka by 25 runs in the 1st T20 match, a margin which, if not for Kushal Perera and Wanindu Hasaranga, would’ve been much bigger. Oshane Thomas was named the ‘Man of the Match’ for his five-wicket haul.

Keiron Pollard won the toss in his 500th T20 match and decided to bat first, with a batting lineup including the likes of Russell, Bravo, Hetmyer, Simmons and Pollard himself. The openers didn’t disappoint his captain and got 74 for the first wicket, in just 50 deliveries. Russell hit 35 and Pollard too made a stunning 34 off 15. The stability to the innings was provided by Lendl Simmons, who remained not out on 67 off 51. The West Indies finished on 196 in their 20 overs. Wanindu Hasaranga was the pick of the bowlers and he also picked up the wicket of Nicolas Pooran.

An excess of 185 runs in the second innings had never been scored in Pallekele. Sri Lanka had to bat to their full potential to even get near the target. Their chances were dampened even more when Oshane Thomas got rid of Avishka Fernando, Shehan Jayasuriya and Kushal Mendis in a single (3rd) over. The next batsman Angelo Mathews tried to take the attack to West Indies along with Kushal Perera, but soon fell, thanks to a brilliant diving catch by Dre Russ. By the time the power play was done, the Lankans has scored 56 runs, but at the cost of 5 wickets, all to Oshane Thomas.

It seemed that the match had gone out of the Sri Lanka’s reach. But Kushal Perera (66) and Wanindu Hasaranga (44) had other ideas. They stitched a partnership, which at one point began to trouble the West Indies. However, once the partnership broke and both got out in a span of six deliveries, the match once again turned in the favour of the visitors.

Earlier in the West Indies innings, first ball into the 16th over, Simmons flicked a full toss from Malinga to short fine leg. Russell ran across for a single. He was batting on 35 off 13, in brutal form. The battle was on. Next bowl, the Malinga special – yorker. Russell couldn’t get his bat down in time as his stumps were disturbed. The whole of Pallekele was alive and roaring. The world’s best T20 bowler had gone past arguably the best power hitter of all time.

It was the first win of the tour of the West Indies and they will hope to clean sweep the home team next time they meet at the same venue a day later.