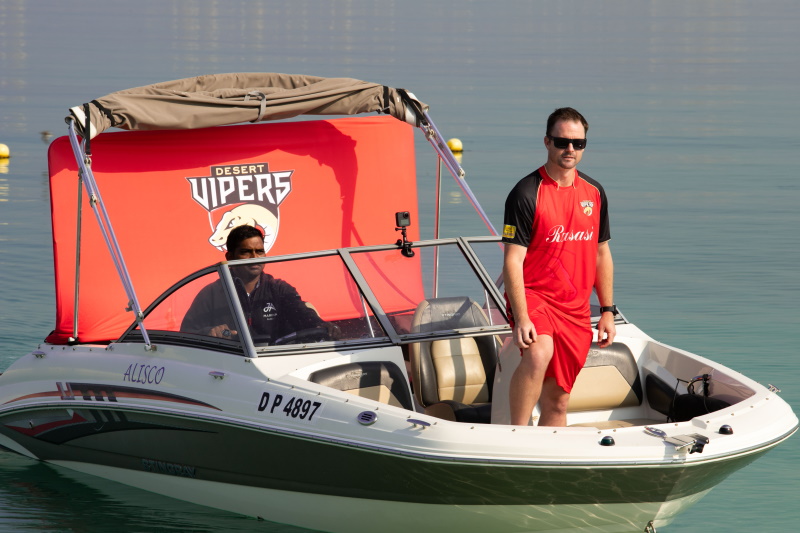 The Desert Vipers jersey and match kit reveal made waves at Soul Beach in Dubai, literally, as captain Colin Munro rode in from the sea on a boat wearing the new team match kit. Colin was joined on the beach by fast bowler Tymal Mills in the training kit and UAE all- rounder Ali Naseer in the team’s fan jersey, and the trio then showed off the complete Desert Vipers look for the inaugural season of the DP World ILT20.

Munro admitted that the Desert Vipers squad was a very well curated set of players. “I think we have got class the whole way down,” he said. “It is going to be tough to leave some of those players out, but you have got to manage your squads as best as we can.