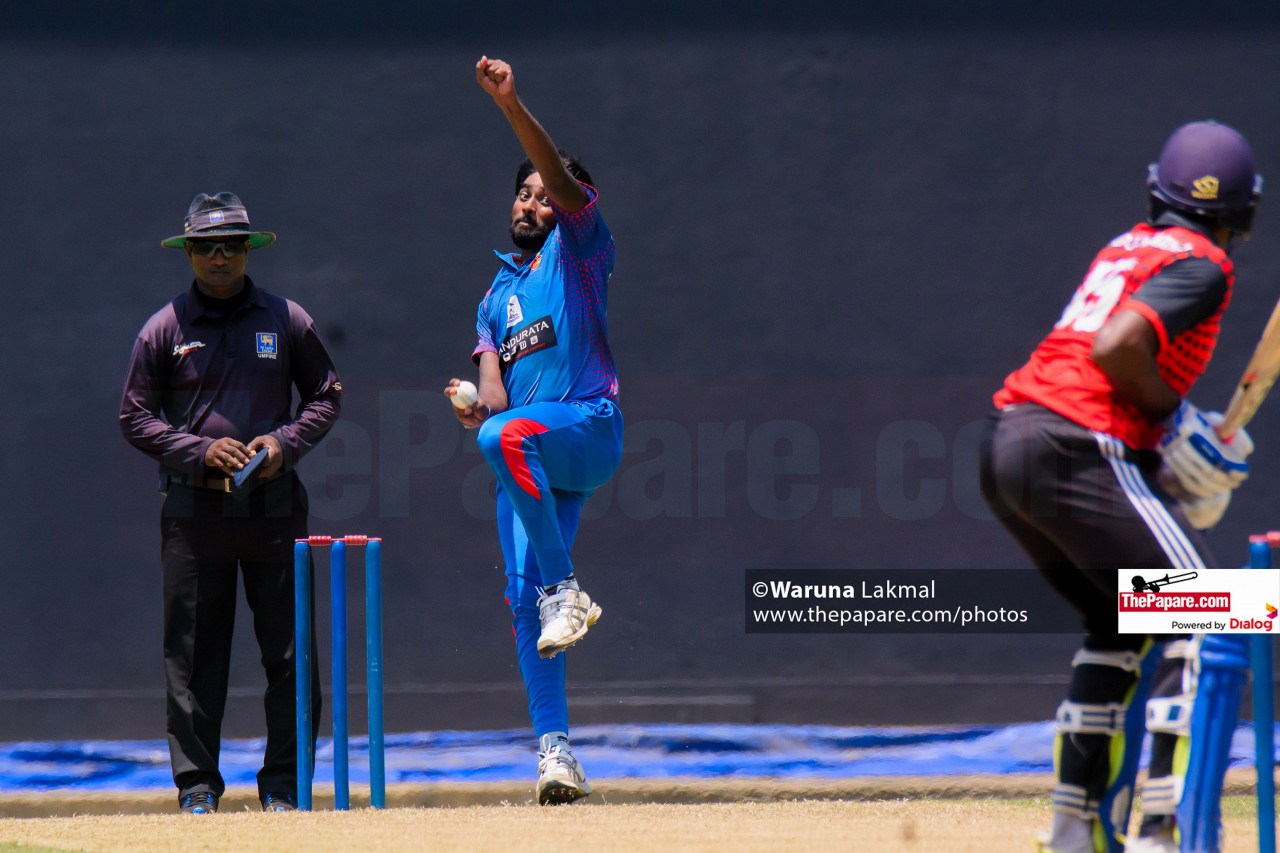 Is Sachithra Knocking the doors at national level?

Premier limited over tournament 2019 ended making SSC the champions who won over CCC by 7 wickets in the Finals. SSC was undefeated in the tournament winning their 5 group games followed by the semifinals and the all-important finals.

It was bit of a surprise to see who the highest runs scorer of the tournament was. It was Sachithra Senanayake; the Ex national bowling all-rounder. ‘Jonty’ topped the batting charts with 445 runs in 7 innings with an average of 74.16 and an impressive strike rate of 97.37 which included 1 century and 3 half centuries. He used to bat at number 8, 9 at the national team but in the premier tournament he batted at number 3, 4 or 5 and was the highest runs scorer by a distance, a difference of 104 runs between him and Vishva Chathuranga of Panadura Sports club who scored 341 runs in 6 innings showed how Senanayake dominated the season. The 20-year-old former Prince of Wales batsmen Vishva had an average of 56.83 and an impressive strike rate of 113.28, the young left hander also scored 3 half centuries. In number 3 it was the wicket keeping batsman from Punjab; Gitansh Kher who ended the tournament with 318 runs in 4 innings. He made a century and 2 half centuries for Police Sports Club.

In the bowling department it was Nishan Peiris, the 21-year-oldoff break bowler from Ragama Cricket club who was able to lead the tally with 20 wickets in 6 games. CCC’s WaninduHasaranga came 2nd with 18 wickets and in 3rd place it was Sachithra Senanayake.

The Tournament saw 24 centuries being made, only DanushkaGunathilaka who was returning after an Injury was able to make 2 centuries. 150 scored by Sachithra against SL ports is the highest individual score this season. The best bowling figures went to Chamikara Edirisinghe of Saracens who grabbed 6 wickets for 16 runs against Colts.

This indeed was Sachithra Senanayake’s tournament, the tall all-rounder couldn’t do anything wrong; he was part of the champions team, he was the highest runs scorer and the 3rdhighest wicket taker. With the World cup team yet to be decided it will be interesting to see whether Sachithra has proved enough to bat the eye of the selectors and get included in the squad once again. Danushka’s and Dimuth’s performance at the top of the order might earn them a place in the team too.