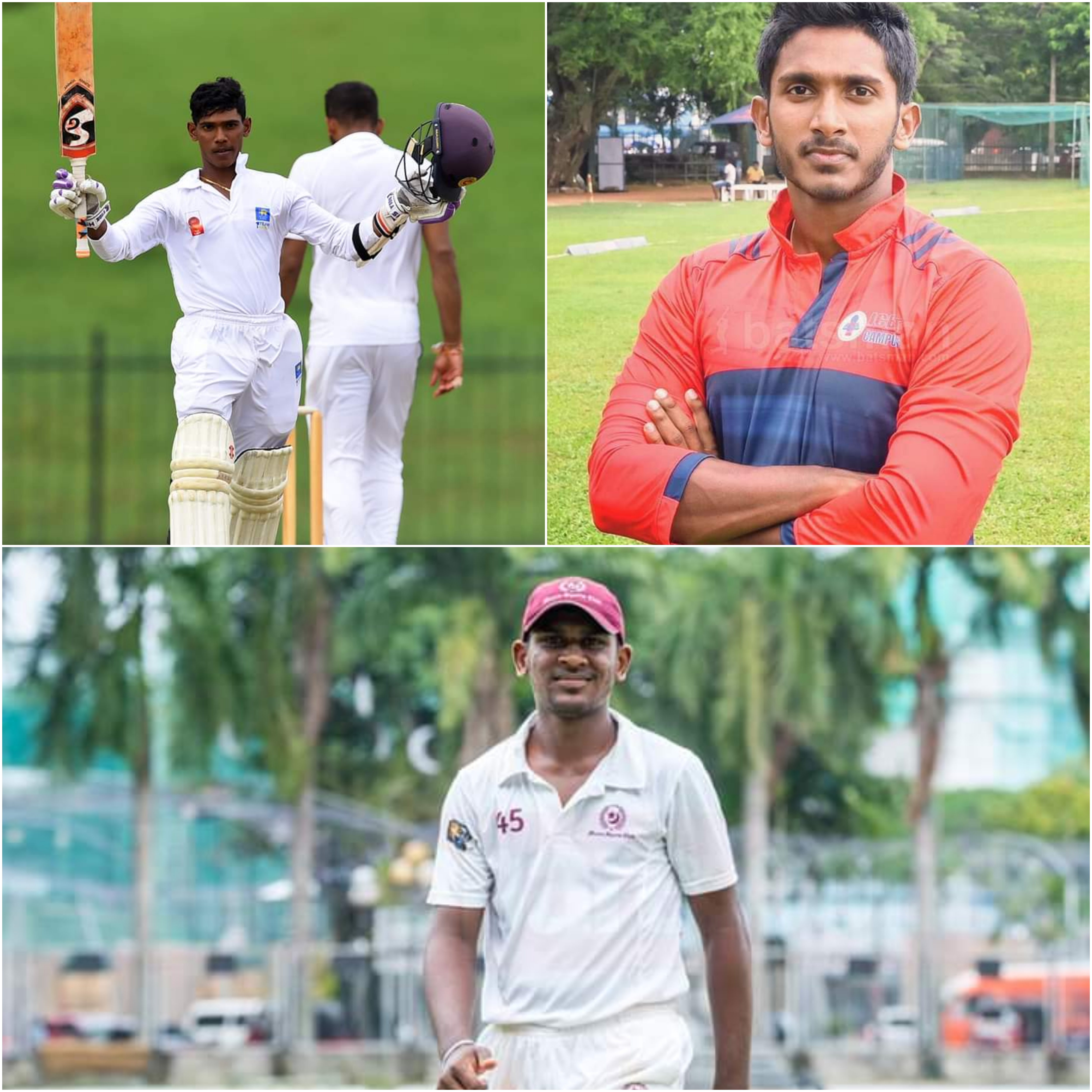 The trident or the triple spear is a powerful weapon which can bring devastation and destruction to anything. And from Havelock town the trident had it’s creation and now its getting sharpened in every top level cricket ground of Sri Lanka.

The difference is, this trident is not made up of any type of material, it is made out of 3 budding cricketers namely Salinda Ushan, Pramod Maduwantha & Pathum Nissanka.

All of them represented Isipathana College during the annual big match very recently.

Now when it comes to cricket, the upgrade which you have to do when moving from a schoolboy cricketer to a professional level cricketer is not that easy to achieve. Some of them does it and but some don’t.

Even if you do go over and play for a top level club, performing from then onwards is a huge task. But the names mentioned above have so far have done themselves proud and most importantly the name Isipathana proud in every aspect.

2019 looks to be the tailor made year for all of them. The start they made has skyrocketed the belief of every Isipathanian that we are once again so close to see a greens lad wear the Lion jersey. Yes, it’s been a while since we saw that happening, since the tall left arm paceman Nuwan Zoysa we are yet to see a block from Havelock Town go out there and perform at the ultimate stage.

The closest out of these 3 is Pathum Nissanka, he is in so good form that he’s seeing the leather bowl like a football at the moment. Practice, Score Hundreds, Repeat mantra of Pathum has been the clear highlight in his short career.

The recent double ton against Ireland A to save the match and the fact that the national team doesn’t have a solid opening partner for Dimuth only points to one direction, and that is Pathum wearing the white jersey to play in the grandest format of the game really soon.

Pathum’s short but staggering career so far has had just 19 first class runs where he has amassed 1981 runs at an mind-blowing average of 65.25 with 7 centuries. Not bad for a 20 year old right? Pathum wearing the national jersey is probably a matter of when rather than will.

He has everything to be that 2nd solid test opener for Sri Lanka which we lacked since the retirement of Dilly. A calm and cool customer with a good head on his shoulders and most importantly a person who is dedicated to the game we love.

Then we come to Salinda Ushan, former captain of ISIPATHANA COLLEGE!.

The dashing left handed opening batsman has already smashed 2 centuries this season and he can only get much better with the technique and patience he possesses. And also him getting the opportunity to play alongside the Zimbabwean legend Tatenda Taibu for Baduraliya will certainly be a huge boost to his career.

Salinda Ushan and Pathum Nissanka opening the batting for Sri Lanka is not impossible if these lads continue the same form for the years to come.And now we move on to the last name of the trident, and he’s most certainly not the least.

Pramod Maduwantha oftenly known as “Pancha” is an allrounder and not someone who can bat a bit and bowl a bit, he is someone whom we can call as the true definition of an allrounder.

The double ton he scored is also his maiden century in first class cricket and further proves he can be rated as a pure batsman. His decent bowling record so far also shows us why he is a pure bowler as well. With experience he will further strengthen his arsenal and become a priceless talent for Sri Lanka Cricket.

The trident of Isipathana College is showing positive signs during every opportunity they get. The hope of seeing the Trident representing Sri Lankan together someday will not be that far if they continue this amazing form and do justice to their talent.All the best lads, we as Pathanians are counting on you 3 to reach the highest possible echelons in the world of cricket and bring glory to our motherland.