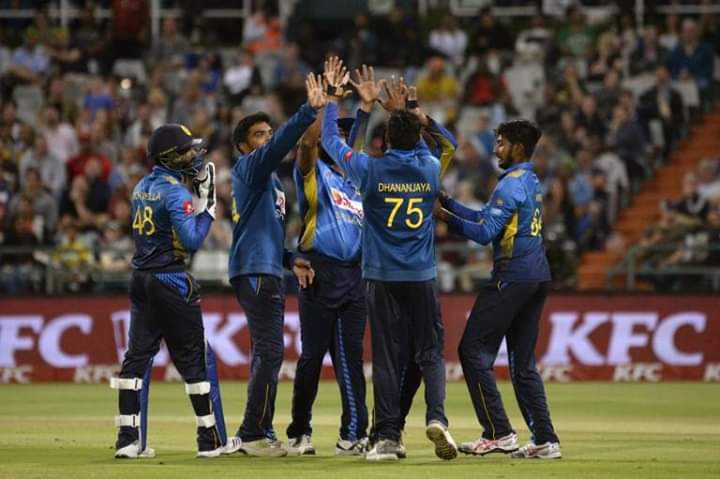 After watching the super 4 one day tournament that concluded today , it was quite clear that some of our earmarked players for the world cup are horribly out of form .If they cant score even a decent amount of runs against low quality domestic bowling attacks in home conditions , can you expect them to score heavily against top quality bowling attacks at the world cup in foreign conditions ? And the bowlers who cant bowl against these players , can you expect them to bowl out quality top orders at the world cup ?

Therefore the selectors need to use their common sense in choosing the squad for the world cup .It was quite evident that many young players put their hands up , but the selectors should not be reckless enough to throw them into the deep end right now and ruin their careers .We need our experienced in form players at the world cup and there are a few that put their hands up in this tournament . They are our only hope at the world cup to even put up a decent show no matter how poor their past records may be .

This is the squad that would be most sensible in the given circumstances .Please keep in mind that kusal perera’s inclusion is doubtful due to his injury and shanaka and asela are massive blows too (both injured) because one of them couldve been an ideal solution for the no.6 spot if they had performed in the super 4 tournament.

This may look a unbalanced playing XI .But given the fact that Shehan played a brilliant knock we could give him the free licence to go out there in the first 10 and try and score some quick runs .And Angelo needs to bat at no.4 and take responsibility if he is going to play solely as a batsman.Also it is quite evident that dananjaya plays out of position and no.6 and is terribly suited there .If he bats he should play in the top 3 and I dont see any room for him there .Also akila can only be relied on if some there is a bit of turn in the pitch because he is otherwise ineffective with his re-modeled action. Also the selectors need to keep in mind that thisara isnt the most consistent as a finisher these days .So they need to boost that lower order with the likes of KJP Jeevan and udana .

Furthermore shehan J bowls some economical part time offspin and him together with jeevan Udana  and TP should be able to bowl 30 overs between them .

Due to the fact that most of our batsman are not consistent with making the big 100s of late , the sensible option would be to strengthen the lower middle order and bat deep .Because even if we play a frontline spinner like sandakan instead of one of these all rounders , he’ll get hammered for around 70 off his 9 or 10 overs and will just serve to weaken the batting when the chase comes around.