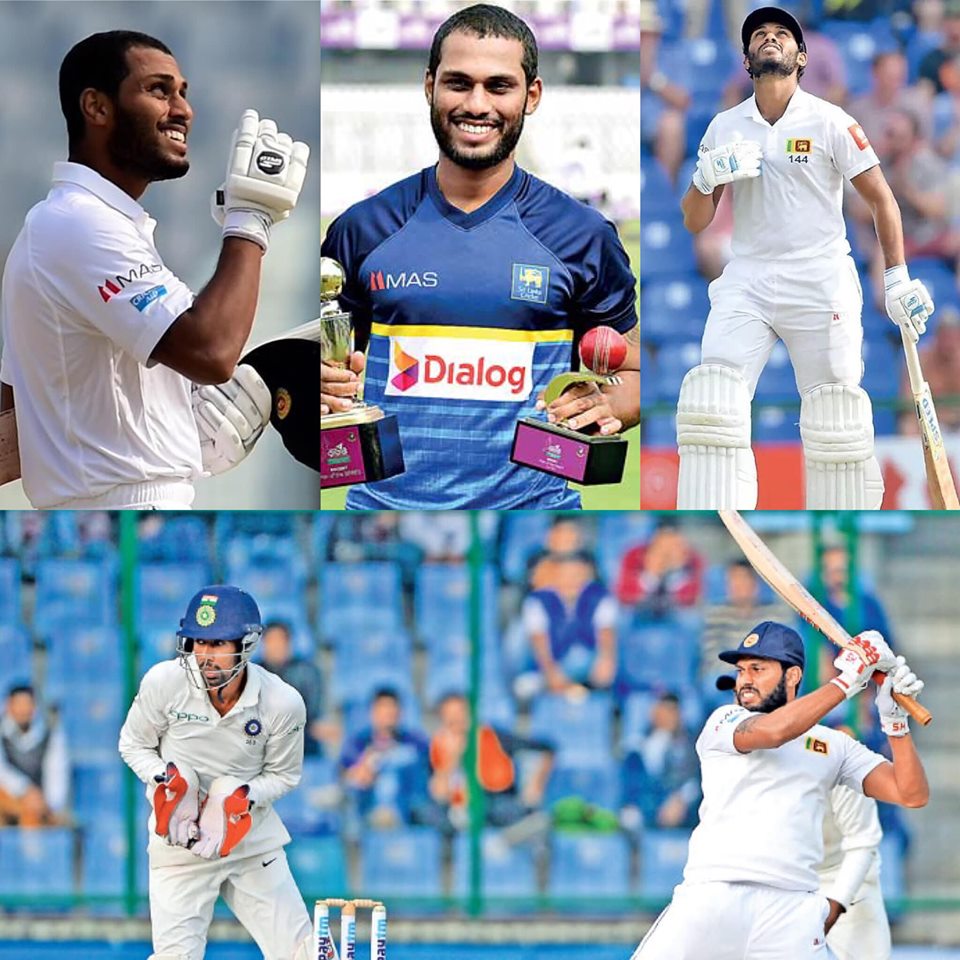 When one of Sri Lanka’s most reliable and talented Test batsmen Thilan Samaraweera retired in 2013 Sri Lanka was struggling to find another middle order batsmen that would match the class of Samaraweera. 81 test matches and the right hander ended his career with an average of almost 50. One player who was dominating with an average of over 50 in the domestic circuit was Roshen Shivanka Silva but he never got the chance he deserved. The only opportunity he got was to travel with the team and warm the bench. A player of Roshen’s class warming the bench didn’t actually do any good to anyone. It was said that the former Skipper Mathews didn’t want him in the team due to their personal issues and Sanath led selection committee never did bat an eye on this utterly talented right hander.

Finally the wait was over, finally warming the bench was over and Roshen, the test cap 144 made his debut on 2nd December 2017 in the 3rd Test match against India in India. But, maybe since there was too much expectations from him the chap had to make the long walk back without troubling the scorers after just facing 3 deliveries. All the promise shown in the domestic circuit faded away just like that, one might have thought like that, but Roshen had better ideas. Sri Lanka was handed over an impossible, record breaking mammoth target of 409. Forget the impossible even drawing the match was tough because Sri Lanka was wobbling at 4 for 35, a 110 partnership between DDS and Captain Chandimal took the score to 147 for 5, in came Silva who was under pressure after a duck in the 1st innings, having to bat out his skin to save the test match and prove people who kept him out, he decided rise up to the occasion with a match saving 74 in his 2nd Test innings, yes a half century on debut ! That too under pressure to save the test match.

He didn’t stop from there. In his 3rd Test innings he made his maiden hundred by scoring 109 runs. 2 test matches already a half century and a century to his name in just 3 innings!! Wow, what a player, where have you been Roshen Silva !!. In the next test match which was his 3rd match he scored a fighting 56 in a low scoring encounter and backed it with 70* in the 2nd innings of the match. Guess what playing only his 2nd and 3rd Test match he was named as the man of the match of the 2nd match and the man of the series too.

Oh yes, the domestic Hero has announced himself to the international arena like a true champ. A century and 3 half centuries in his first 5 Test innings was simply amazing. 0, 74*, 109, 56 and 70* he proved all his critics and the people who kept him out wrong. Number 144 was going to be one of Sri Lankan’s finest test batsmen in future and he definitely matched Samaraweera, in-fact this was a chance he would have got much earlier but noting was late if you have determination and the talents.

Few failures and scoring a solitary 50 in the next 9 test matches saw his average dropping to 35 and he being dropped from few matches but he never lost his touch and class and always performed well. He was in the squad in the Australian tour but miraculously he is being dropped from the New Zealand tour. Wonder what the selectors were thinking.