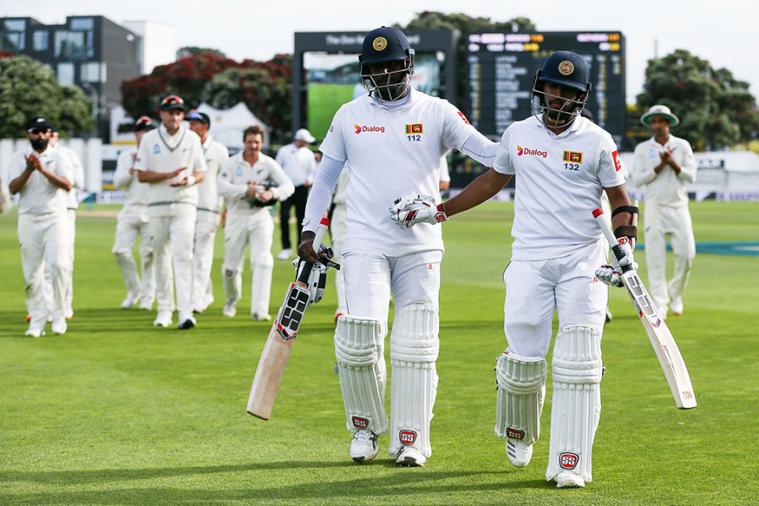 Sri Lanka is one of the inexperience cricket teams after the retirement of their legend trio Kumar Sangakkara, Mahela Jayawardene & TM Dilshan. They have had seven whitewashes in all formats within the last 24 months and a shameless ODI series defeat against Zimbabwe in their home soil. Especially their performance in limited over format is questionable.

But they showed some fight back in test cricket. Moreover, they are currently at number 6th position in test rankings. They beat Pakistan, South Africa and managed to draw two tests in India. But unfortunately, they defeated in the spin-friendly surfaces by Joe Root and company in the last month.

According to the latest ICC ranking for the test batsmen, there are four Sri Lankan batsmen within the top 20. No other country belongs that much other than South Africa.

Dimuth Karunarathne is at number 9 with 715 points. Probably he is the most successful opener in the present. He has scored 7 fifties and 158 not out against South Africa in this year. Karunarathne has scored 1767 runs in the last 2 years with the career best of 196 against Pakistan.

Sri Lankan skipper Dinesh Chandimal is standing at number 15 in the ranking table. He had been standing within the top 10 batsmen a few months ago. Need to mention that he missed out five out of last seven test matches that Sri Lanka played. He had banned due to acting against the spirit of the game during the Caribbean tour and injured during last England’s tour.

The two soldiers who saved Sri Lanka to a historical draw in New Zealand, Angelo Mathews and Kusal Mendis are sitting at number 16 & 16 respectively. Angelo Mathews has been playing well since his comeback after Asia Cup. He has proved that still, he has the fitness that he had early in his career.

Kusal Mendis, who had bad stats in limited overs cricket this year managed to hit some crucial knocks in test cricket with the career best of 196 against Bangladesh. He involved in two highest partnerships in this year. (308 runs with Dhananjaya De Silva vs Bangladesh & unbeaten 274 with Angelo Mathews vs New Zealand).

So, the ranking table is showing that Sri Lanka has some quality batting line up. They have the ability to lift this losing side. We could see some memorable contributions from these players. But still, they couldn’t able to perform as a team. Hopefully, they will gain the honor which they had in their golden past.