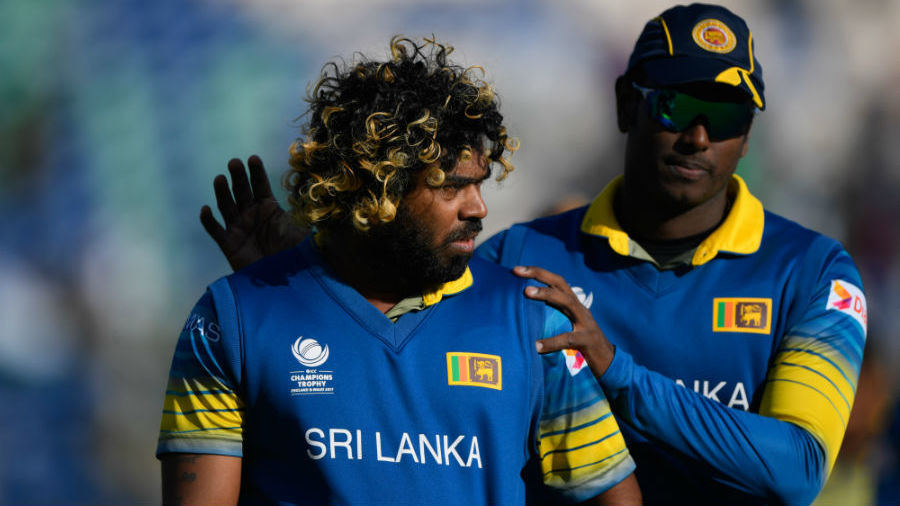 As the heading says, has our Cricket team become a joke to the World? Ohh yes I guess that’s what most cricket fans around the globe feels and thinks, not because of the way we losses but there are other factors that make the World laugh at us.

It is understandable that every team has a rough patch, it is understandable that you are bound to lose but the problem is the way you lose. Lose with pride, give some competition, fight till the last ball and lose but not in this disgraceful manner. ‘Transition, young team, still learning’ now that’s the same set of words and excuses many fans have heard for a couple of years or so. Chandimal is not a youngster anymore you can compare him with players like Root and Willaimson who came to the International arena in the same time period but you and me very well know where the two players are when compared to Chandimal. Here is the comparison then;

The stats speak a lot about our situation, and Chandimal is not a youngster, 9 years of International cricket mate, is that young for you?Now let’s take what you call a young player and compare him with others of similar age and experience

Now let’s take some bowlers for the comparison

So, stats don’t lie Eh?, are you still under the impression that we are a young team or was Captain Chandimal on meth when he uttered these excuses in the press conference?.

The past 2 years has seen Sri Lanka playing 12 ODI series where they have won only 1 series which is the Tri Nation in Bangladesh.

Lost 5 – 0 against South Africa in South Africa, the Bangladesh ODI series was drawn at 1 -1, was out in the first round of the champions trophy, lost the ODI series against Zimbabwe at home 2 – 3, lost 5 – 0 against India at home, followed by another 5 – 0 against Pakistan in UAE, toured India and lost 2 – 1, won the tri national against Zimbabwe and Bangladesh, lost to South Africa 3 – 2 at home, was thrown out of the 1st round of the Asia cup losing to Bangladesh and Afghanistan, Lost the England series 3 – 1 at home and finally the new Zealand series 3 – 0 in New Zealand.

Oh, now that’s something unbearable to read right. This two year period from 2017 saw coaches leaving, coaches being sacked, coacher worth millions being hired, the selection committee changing, and 8 captains being appointed in both forms but no one was able to drive the team towards success.

During this two year period Sri Lanka in ODI’s;

Let’s talk about the test series and the matches during the same 2 year period. Well 12 test series, we have won 4 series, lost 6 and drawn 2.

During this two year period Sri Lanka in Tests;

What worse did happen; for the first time in the history we lost the direct Qualification for the T20 world cup, the Island nation will have to play in qualifiers in the 2020 T20 world cup? How about the T2 record from 2017. It doesn’t look good at all.

11 T20 series, 4 won, 6 lost and 1 series was drawn. During the same period the T20 team performance are as follows

So, that’s the stats now and it doesn’t really look good at all. What’s worse than the stats is the internal problems that is there in the team. It really doesn’t look good when the players in the same team is not in the same page. Thisara broke out, converted his emotions into words and sends a letter to CEO of Cricket claiming that the social media posts by wife of Malinga targeting him has made him endure discomfort and mental trauma. He said he can’t concentrate and perform at his best and that the environment in the dressing room is not pleasant since two senior players are in disagreement. Panda wants the CEO to intervene and put an end to this childish behaviour. He also wanted a strong leadership to the team. Now what does this prove. Wives getting involved into the game. You wonder why on earth the wife of Malinga has to put posts criticizing Thisara and this has gone to the level that it reached out to the CEO and the sports minster where they had to intervene to solve the internal problems. It really doesn’t look nice when issues of this sort happens and the entire World is looking at this and is obviously laughing indeed it makes us the laugh stock of the World.

Let me remind you, this is not the first time there were internal issues between players. Dilshan and Tharanga had the worst personal issues when the Wife of Dilshan had an affair with Tharanga, but did that effect their performance or the team or their batting partnership at the top of the order. Nah, how many century partnerships did the put together? And let me put a simple example here,

It was the quarter finals of the 2011 World cup between Sri Lanka and South Africa. England scored 229 and it was a walk in park for the two Sri Lankan openers: Dilshan and Thranga. Sri Lanka was cruising to victory. Dilshan scored his century in the 37th over and Tharnga was on 91 with 19 more to win. When Sri Lanka needed 7 to win Tharanga needed two for his century but the next ball Dilshan faced raced to the off side boundary for a 4. 3 to win, 2 balls for Dilshan to face and 2 for Tharanga to get the century. Dilshan was upset because of the unexpected four. He didn’t have any grudge against Tharanga was falling in love with his Ex-wife, so he blocked the next two balls which he could have hammered to the fence. Tharanga got the strike the next ball and finished the game with a four and got his hundred where both of them hugged each other. Now that’s the team spirit. You might have personal problems but never bring them in to the field. But players nowadays fight inside the team getting divided and the sports minster has to intervene to stop them.

It really doesn’t look professional at all, it’s like they play for two different countries and forget that they have a common goal and an objective.

All I have to say is Thank you Hathurusinghe for the services, there are talks going on that he will be sacked from his coaching job. . It was estimated to be $0.50 million annually. Is he worth the money? Has the national team performed well? For the first time in the history they were thrown out of the Asia cup in the first round, was whitewashed at home against England and what’s worse is that for the first time in the history they lost the direct qualification for the T20 world cup.

Where does this cash go? Is Chandika over confident and do we rely on him too much? Did we expect so much from him that we ignored the faults of the players?

His record as a coach;

Ok, Hathurusinghe is dropped, so who are we getting? It was worse when Nic Pothas was the coach right? They even lost an ODI series at home against Zimbabwe. Was Graham Ford’s record better? Nah it was not good even.

Chandimal is dropped, Dimuth appointed as the Captain for the SA tour, few new faces like Oshada, Lasith and Shiraz comes into the team but with all these changes happening can we expect miracles to happen ?, what’s going to happen to the ODI team? Sri Lanka Cricket will need to find answers sooner rather than later with a world cup coming in few months.

The attitude of the young players doesn’t seem to be improving, there is no hard work and dedication from them, all they want to do is travel and enjoy? Yes, that’s what we have seen so for. The internal problems are way too high, when there is no collaboration inside the team I don’t know how they can achieve the final goal or the objective of the team. Captains changed, coaches changed, selection committees changed but the performance is still the same.

The Country ‘Sri Lanka’ has become a laughing stock because of the Political drama and isn’t the Cricket team a laughing stick too?