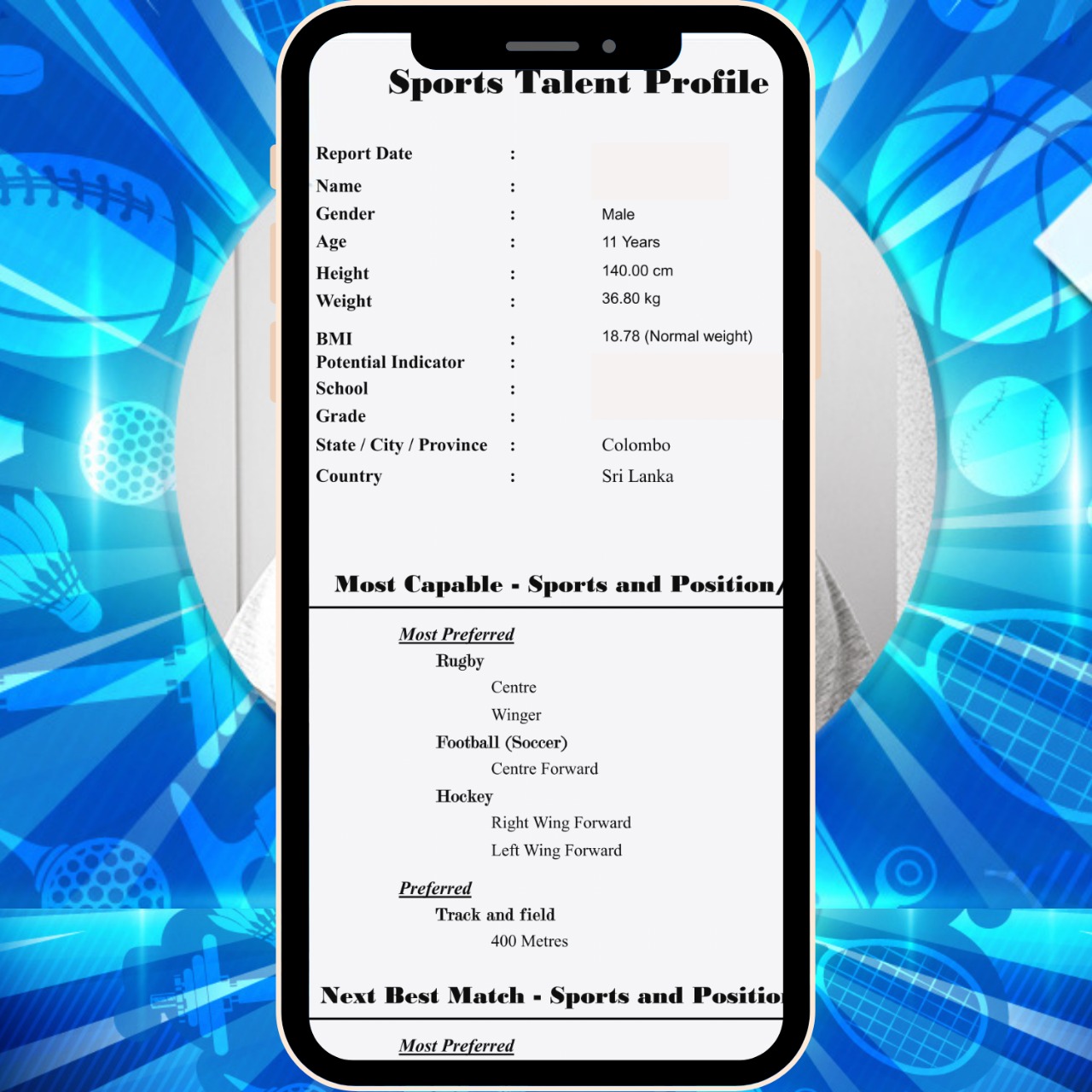 The COVID-19 pandemic is forcing children to remain indoors and online classes have consumed their day, making them gain weight and are quickly becoming unhealthy due to physical inactivity. Even during pre COVID-19 times, physical activity among children at schools throughout Sri Lanka was increasingly a concern with only a mere 5pct or less being involved in some type of sport throughout their time in school.

This is primarily due to the fact that many children end up pursuing a sport which they do not have talent for to only find themselves giving it up a few years later. Other than the obvious health benefits to a child who pursues a sport, the character development of children who do sport throughout their time in school is priceless, and only a few parents seem to understand this great benefit and encourage their children to engage in an organized sport.

Research shows that being engaged in a sport helps a child to succeed in their higher education and in their career later as adults. According to a 2018 study, they are more likely than non-athletes to attend college and graduate. A 2014 survey of 75 Executive Vice Presidents from Fortune 500 companies found that 95pct of them were involved in a high school sport. A survey of 400 female corporate executives found that 94pct of them played a sport and 61pct of them said that playing a sport had a positive impact on their success.

This is not surprising because research from various sources confirm that playing sports, throughout a child’s school life right up to age 20, builds strong leadership skills, increases self-confidence, brings self-respect, values determination, teaches team-work, learns how to multi-task under pressure, enhances goal-setting skills and how to achieve them, teaches them how to handle defeat graciously and how to manage the ecstasy of victory, humbly. Fortunately, a well-tested and proven report from SportUnleash reveals your child’s sports talent early, so that they enjoy doing sports, and will not give up.

Introduced in 2014, SportUnleash is able to predict the child’s sports talent, enabling them to realize their true potential which will help them compete at the highest level in school. This can only be performed when the child is between the ages of 9-11 years. Today many testimonials of children who took the SportUnleash Report well reflects its accuracy.

‘This is a great opportunity for parents to not just think along the lines of academic excellence through only studies, but also to combine it with the impact sports has on the character development of the child, to set them up for success when they enter the professional, corporate and business world. What is important to realize is that it is not just taking part in sports for fun, but taking part in Sports when winning and losing matters is where the child benefits the most. This takes place between the ages of 15 and 20,’ said Talavou Alailima, the brainchild behind SportUnleash and creator of Proxone.

All the parent has to do is to download the Proxone app and book a SportUnleash test and within 14 days know their child’s Sports Gifting. 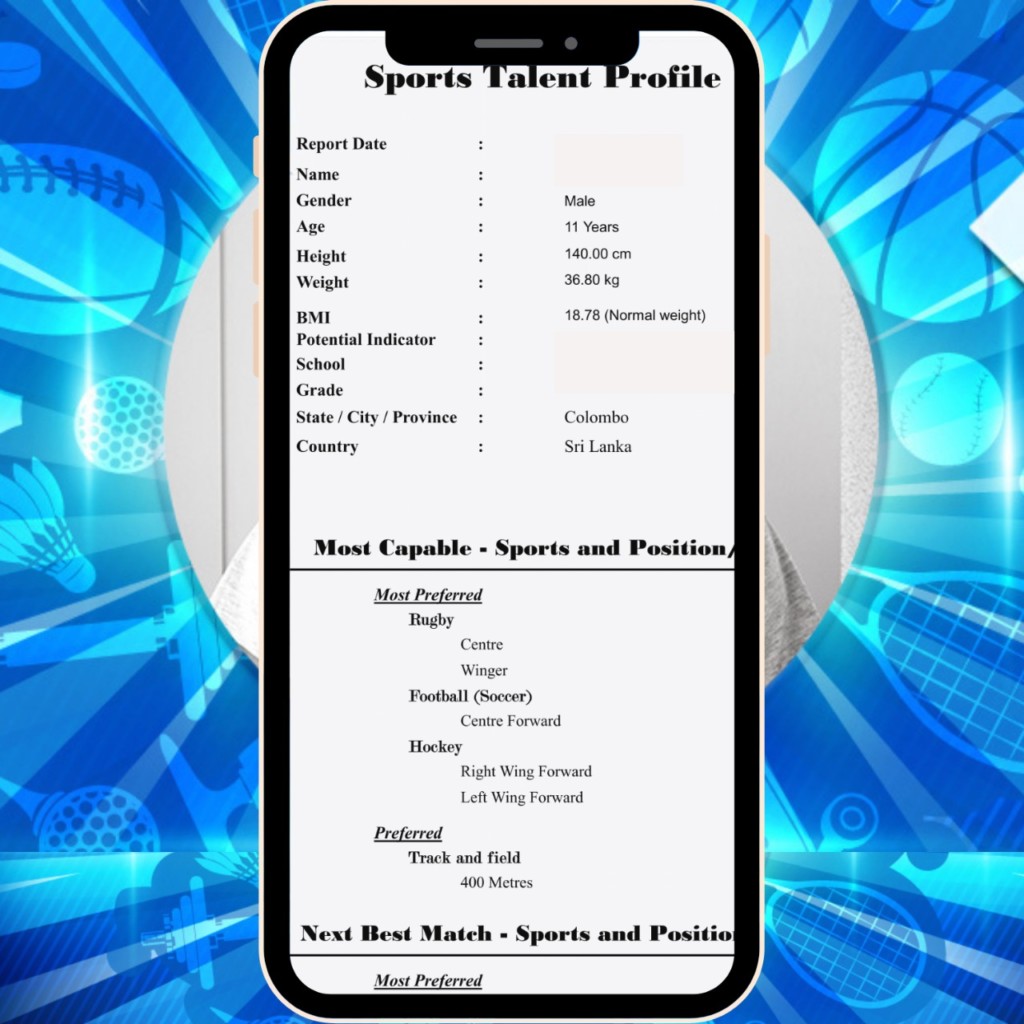