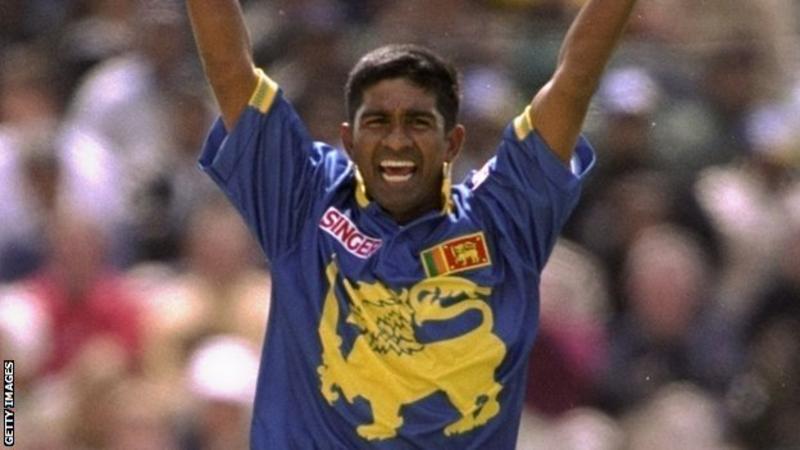 Pramodya is unfit to be a cricket selector

According to what is reported in the media, Pramodya Wickremesinghe is to be appointed as head of the cricket selection committee. However, it is obvious he does not have the credentials to occupy that position leave alone to be a selector.

Pramodya Wickremesinghe, for most part, played for Sri Lanka under the captaincy of Arjuna Ranatunga. He was boarded at Arjuna’s mother’s home in Maradana when he came to Colombo and also played for SSC together with Arjuna. Let’s look at his record. He captured only 109 ODI wickets out of 134 ODI matches.

People say he was a member of the world cup-winning side in 1996. But what was his contribution to the 1996 victory? He bowled 27 overs during that world cup and conceded 141 runs at an economy rate of 5.88 without picking up a single wicket. It is indeed a huge mystery as to how such a mediocre player managed to play in 134 ODI matches.

The Island newspaper in 2014 reported that Pramodya could have links with the Matara underworld (http://archive.island.lk/index.php?page_cat=article-details&page=article-details&code_title=100228).

He served under Sanath Jayasuriya’s selection committee from 2013 to 2015 and when removed after the 2015 World Cup went on record stating that there was no talent in the country. The responsibility vested in a selector is to find the talent, harness it and get them to perform for the country as said by Saadi Thawfeeq, a sports journalist for another English daily.

Moreover, he made allegations accusing the national cricket team – which comprises some of the current players – of unnatural match patterns and player selections. Two past Sports Ministers – Faiszer Musthapha and Harin Fernando –rejected his name when he was nominated to the selection panel because of those unfounded allegations made against the players.

Hon Namal Rajapaksa should therefore refrain from appointing him as chairman of the selectors of Sri Lanka Cricket, as appointing such a questionable individual would spell further disaster for the nation’s most beloved game. Very simply, he is unfit to be even a selector leave alone chairman of selectors.