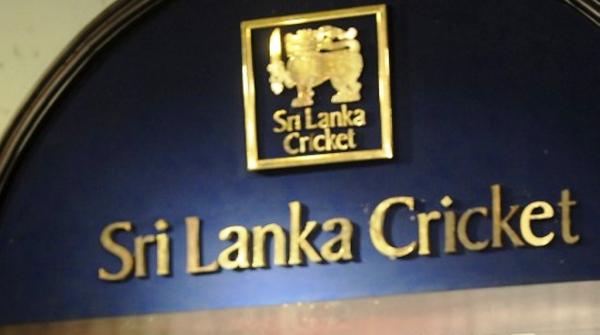 Please refer to this article.

Come on guys. Lets face the real facts as genuine cricket fans instead of mud slinging at the sports minister, who has taken some positive steps which no other sports minister has done before for the betterment of SL cricket. If you wear a black glass you will see everything outside as dark.

Which of the past ministers have taken any action on the following matters which we all know have been pending for a long time but not implemented by the SLC ?

1. Initiate the move to change the SLC constitution which has too many loop holes for the corrupt administrators to manipulate to their own advantages.

2.  Get the expert views from four of four great cricketers, Sidath, Aravinda, Kumar & Mahela in preparing the much needed SLC constitution. It’s in the final stage of getting the Govt approval as we need a very powerful and strong SL Cricket constitution for replacing the incompetent and corrupt administrators and properly utilize the funds received from the ICC only for cricket issues and player benefits.

3  Invite Mahela to take over the Head Coach position which in my opinion will be the best thing that can happen for improving the overall standard of cricket in SL.

4  Taking initiative to change the complete coaching staff where most of them (mostly Sri Lankans) were just enjoying lucrative packages but not producing adequate out put for the salaries they get from the SLC. All other nine countries who have taken part in the WC are going to do the same thing.

5  Why our “Cricket Fans” and “media personal” like Clemantine call these acts as “Political Interference”? Are they accepting or supportive of the corrupt regime of  Thilanga and his Clan to spoil our cricket? Since we need a Cricket Law which is accepted by the Court of SL, we need the Govt involvement to approve the legislation through a Parliament Motion. Do you call it as Political Interference.

6  Our Fans & Clemantine should be aware of the fact that every move and step going to be implemented have been discussed by Hiran and agreed in principal  with the Chief of ICC. Hiran had so many discussions, meetings at the ICC HQ during the last few months in this regard. That is the best he can do when he doesn’t get any support from the corrupt regime of SLC to change the SLC constitution.

7  There are many other issues which our sports minister has initiated to improve the standard of cricket in SL.

In my opinion Harin can be considered to be the best Sports Minister we had for a long period of time when compared with the previous sports ministers we had. Most of the past ministers did not even have the courage or guts to have a face to face discussion with the ICC chiefs to discuss the problems in SL cricket. They left everything to be decided by Thilanga and his incompetent gang which also included some incompetent selectors.

We all remember how they destroyed our WC hopes by selecting a useless squad which included four non performing players (Jeewan, Milinda, Thisara & Vandersay) and gave the maximum headache to our captain Dimuth who had no other choice to replace any of the remaining 11 players for all matches we played. What a shame on Asantha our chief selector.

As Clemantine has a policy of criticizing most of the hot issues in an unreasonable manner without considering all the true facts, we cricket fans have to be very careful when absorbing his comments in to our minds.

I need to point out on one more important issue to our cricket fans and to Clementine. Please do not bring this “school mafia” subject into the  minds of the innocent cricket fans.  You need to understand the real truth. St Josephs College shall be credited for producing three of the best batsmen out of the six specialist batsmen in our test team. They are Dimuth  (opening), Mathews (no 5) and Roshen Silva (no 6).

I cannot understand why Harin is blamed for Thisara’s playing in the Canadian T 20 matches . It was Asantha’s poor decision to keep Thisara in the ODI team in spite of his poor form shown even before the WC. He should have been released for outside international T20 or ODI tournaments prior to the WC.

I cannot see any mistake of Harin as the Sports Minister correcting the biggest “ Player Management Blunder” of the SLC  with regard to Thisara.

Even SLC are at fault of managing Chandimal properly to come out of his poor batting form. They should have included him to play with the A team in India this year. Although not ethical, it could have been a possibility to send Chandimal to SA with the Emerging Players to iron out his current batting problems.

Instead of doing that, SLC allowed him to play in a T 20 tournament in Canada and then without any basis he was included in the test squad for the NZ matches. On what basis?

After playing in Bangladesh in Feb 2018 Chandimal played only in 5   test matches out of a possible 14 tests due to poor form. In those 5 matches he scored just 126 runs with an awful average of 14.0 ( 13th in the list of the other current batsmen) and a SR of 32% (19th in the list). These batting records were even worse than of a bowler. With his last 12 months test records, I don’t understand how he was selected for the squad of 15.

Dimuth said in a press conference that Chandimal will  only have a chance to play as a wicket keeper. But when Dickwella has done much better than Chandimal in his batting, probably Dickwella will be playing in the team as a wicket keeper. There were other currently performing, inform test batsmen who could have been picked instead of Chandimal.

It’s a mysterious & wrong policy of Asantha and his selectors in managing our cricketers that prevent them from coming out of their lean patches on failures.